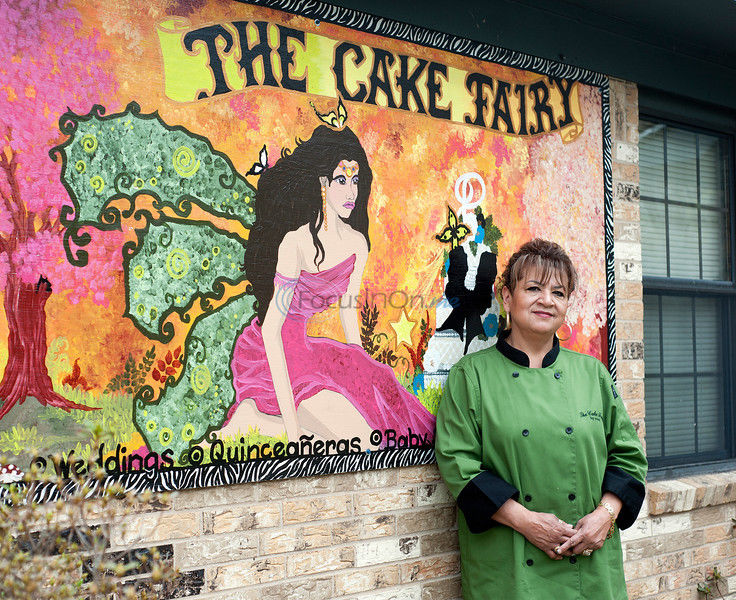 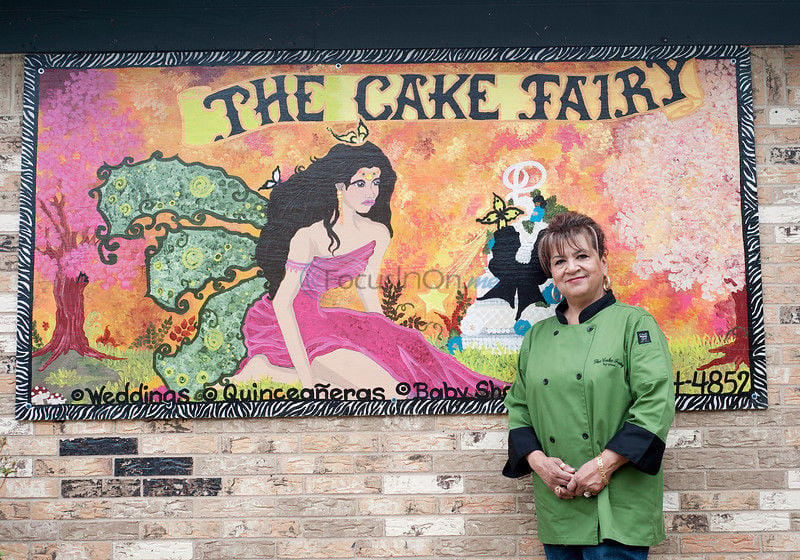 Rosa Palacios is meticulous when it comes to her elaborately decorated cakes.

"I like my cakes to be perfect," she said.

After learning the trade working at a local bakery for 23 years, Mrs. Palacios started a business — The Cake Fairy — out of her home on Bonita Lane three years ago.

"I love it," Mrs. Palacios said of having her own business. "I love my customers."

Mrs. Palacios, 56, can create any custom cake and has just about seen it all when it comes to requests.

She bakes cakes for birthdays, anniversaries, baby showers, weddings, quinceañeras and other events.

She often uses fondant icing for the extravagant cakes and said what takes so many hours is the process — baking, freezing and filling the cake and rolling and covering the fondant to make sure it is level and won't collapse.

The most difficult cake she ever made was a wedding cake that looked like a stack of pillows.

Her attention to detail sometimes frustrates her daughter Sonia, 37, who helps her make the cakes on the weekends.

Her daughter also gets on to her when she sometimes talks to the monkeys, cowboys or other little figures she puts on her cakes, she said.

"I tell them they better behave," Mrs. Palacios said laughing.

Her husband of 41 years, Max, is her dishwasher and bus boy, when he's not working at Tyler Pipe, where he has been for about 40 years.

They have three daughters, two sons and 15 grandchildren.

Known as the "cake lady" at Robert E. Lee High School, where three of her grandchildren attend and two have graduated from, Mrs. Palacios takes baked goodies for just about every fundraiser and function they have there. She said she bakes cupcakes, brownies or other sweets to support them and she is heavily involved in their school activities.

Mrs. Palacios grew up in Mexico and at 16, married and moved to Tyler, where her husband had family.

She had three brothers and three sisters and as the second oldest child and oldest girl, she helped her mother cook for the others.

In Tyler, she worked for a bakery, helping to make Danish, pies, cakes and other baked goods, before going out on her own.

"I love making cakes," she said.

She considers the two she made for her granddaughters' quinceañeras her favorites. One of the cakes mirrored her granddaughter Alexia's pink dress while the other, for Kelsey, was decorated with different animal prints.

She said some customers order cakes months, or even a year, in advance, while others wait until the last minute. Last Monday she had a couple request a wedding cake for the weekend. She said she will take those last-minute orders if she's not too busy.

On Tuesday she also was planning on making a Spider-man and Doc McStuffins cake for birthdays the weekend.

When she's not baking cakes, Mrs. Palacios said she likes to relax or go shopping.