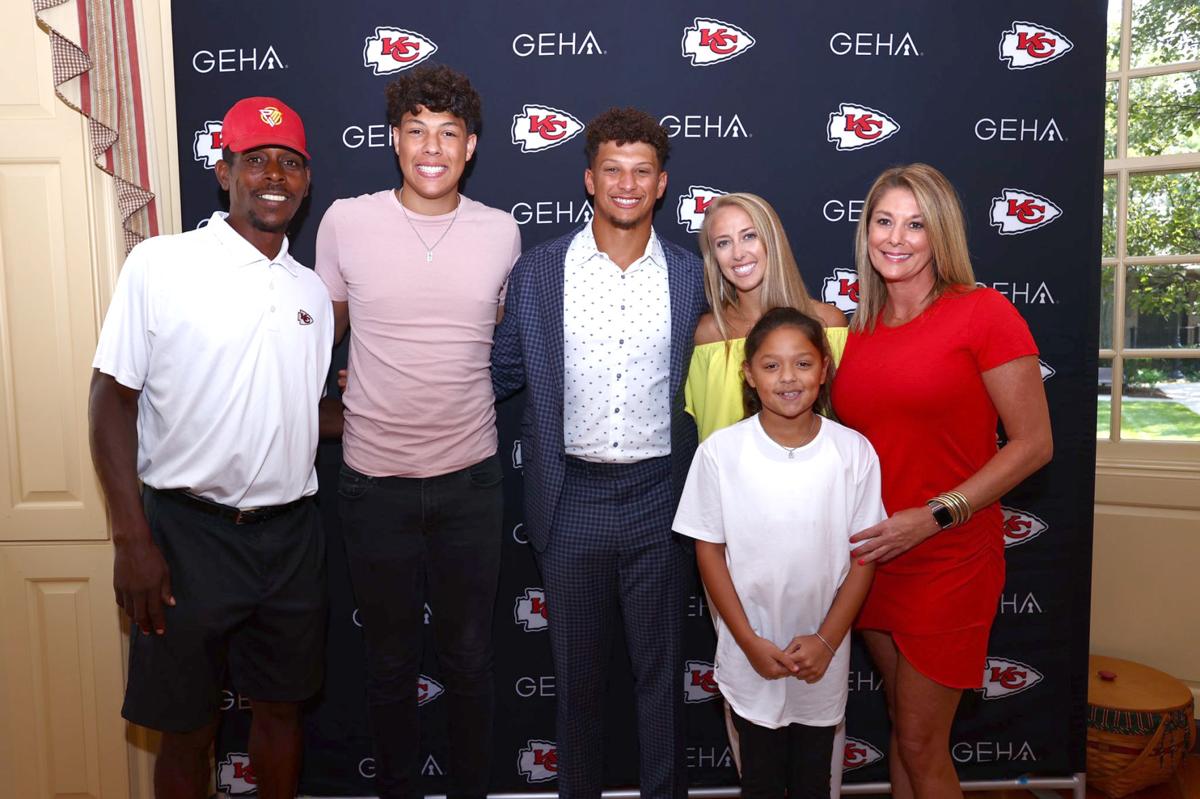 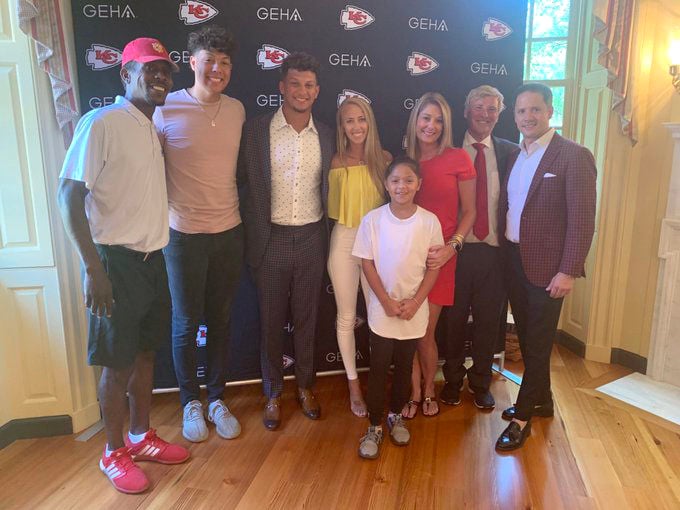 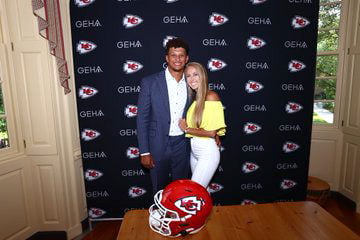 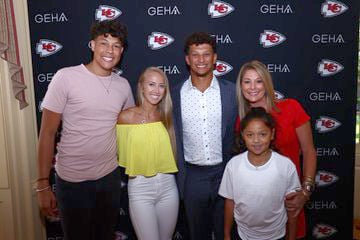 "I give all glory to God and I'm thankful to my parents (Pat and Randi Mahomes) and family, my teammates and the Kansas City Chiefs organization," Patrick Mahomes II said in a statement given to Tyler Morning Telegraph's Sports Editor Phil Hicks through his father, Pat Mahomes.

Patrick Mahomes II signed a professional sports record contract on Monday, a 10-year extension worth $503 million, according to his agency, Steinberg Sports. His agents, Leigh Steinberg and Chris Cabott were there along with his parents, his brother Jackson, sister Mia and Brittany Matthews, his girlfriend since his days at Whitehouse High School. On Twitter, Matthews, a former professional soccer player and founder of Brittany Lynne Fitness, tweeted, "KC, we're here for a while" and also said, "Let me tell y’all about my best friend, he earned that."

The reigning Super Bowl MVP added he is happy to be able to call Kansas City home "for a long time" and was thankful to "my coaches, teammates and everyone" who have helped him along the way.

"This is a blessing," said Patrick's father, Pat, a former Major League pitcher. "I am so happy for him. He worked his tail off and I am so happy he is being rewarded. I am thankful things have worked out for Patrick and that he is in a good situation, with great teammates and a great organization."

His mom Randi Mahomes said,"Kansas City Chiefs for life!!" on her social media pages, and posted photos with her family from the entire weekend leading up to the historic contract signing.

The contract was not the only thing on his mind in the last 24 hours. He retweeted NASCAR driver Bubba Wallace, who responded with a "love wins" tweet after he was called out by President Donald Trump for a "hoax" he had nothing to do with. A member of Wallace's pit crew found a garage door pulley tied as a noose and reported it to NASCAR officials.

Mahomes also promoted signing up people to vote in Kansas City before the early registration deadline.

After taking part in a Black Lives Matter video with other NFL superstars, NFL Commissioner Roger Goodell spoke in support of players protesting for the first time. Goodell said in a video, "We, the National Football League, condemn racism and the systematic oppression of Black people. We, the National Football League, believe Black Lives Matter" and added the NFL was "wrong for not listening to NFL players earlier and encourage all to speak out and peacefully protest."

During an interview with Kansas City Chiefs media reporters, Mahomes said, "The biggest thing I've done is to lean on people I respect, and I was lucky enough to grow up with a lot of role models around me. I've been given this platform and I want to make sure I can do whatever I can to make the world a better place in whatever way that is."

When asked if athletes should take a stand, Mahomes said, "We are people, too." He talked about parents watching their kids showing emotions when they play and forming opinions while looking up to athletes. Mahomes added, "Not everyone agrees with everything you say. Just know we mean it and we care."

Former Dallas Cowboys wide receiver Dez Bryant, of Lufkin, said on Twitter, "He's different and it's clear ... he's a real deal down to earth person ... to me, that's why he's a winner .. the real East Texas, I mean beast Texas in him."

Also on Twitter, another Texas native and NFL player, DeShon Elliott joked, "No wonder Pat wasn’t at workouts this AM, he had to visit the bank right when it opened lol." Mahomes tweeted back, "Had to make a quick trip, I'll be back in the morning!"

Mahomes, who turns 25 on Sept. 17, won the 2018 NFL MVP. He also made headlines during the pandemic when Texas-based Whataburger announced they would open a franchise in Kansas City.

In the NFL, Mahomes is 24-7 as a starting quarterback and led his team to a Super Bowl title over the San Francisco 49ers, 31-20. He mentioned Whitehouse High School, Tyler and his college, Texas Tech, during his Super Bowl MVP press conference.

After signing the contract, Mahomes also tweeted about Tyler-based APEC (Athlete Performance Enhancement Center), where he trains with Bobby Stroupe, the APEC founder and president.