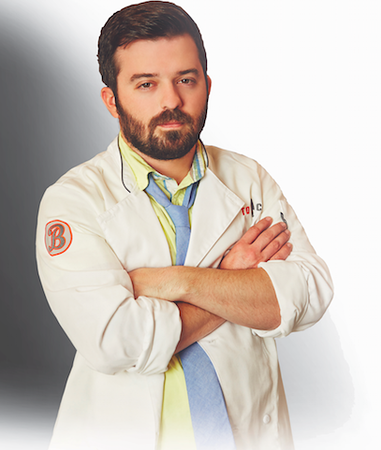 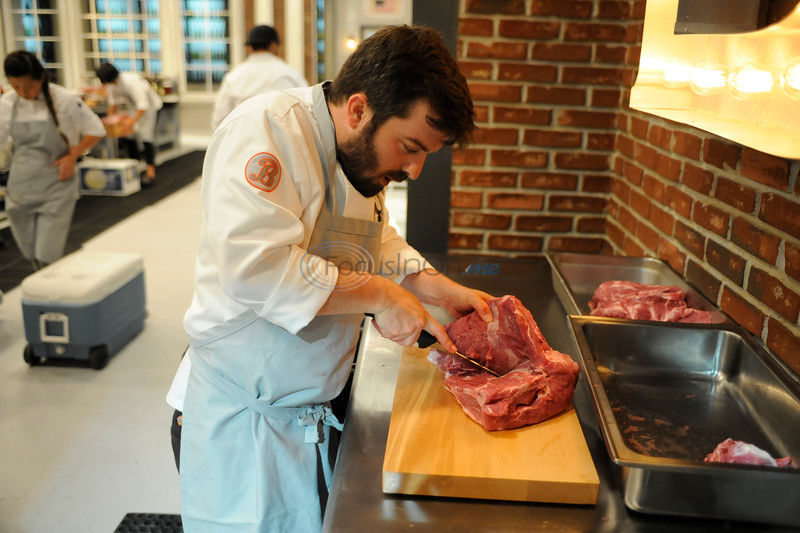 It's easy to make the case that former East Texan Doug Adams is on the fast track to becoming one of America's new celebrity chefs.

Check out his impressive resume.

He trained at the Western Culinary Institute (now Le Cordon Bleu) in Portland, Oregon. He is the chef de cuisine at Imperial, one of the most popular restaurants in Portland. His mentor is none other than Imperial owner Vitaly Paley, a James Beard Award winner for Best Chef Northwest whose culinary expertise is showcased on television shows and in magazines. And — perhaps most importantly — he was a breakout competitor on this season's "Top Chef," a cooking show that has a history of turning sous chefs into culinary superstars.

Those who knew the 29-year-old Doug during his teenage years in Bullard, never could have dreamed that one day he would wow the famously picky celebrity judges on "Top Chef." Cooking was the last thing on his mind.

Doug admits that during those years he was unfocused, uninspired and unmotivated. "I was sort of a wild child. I was ADD (had attention deficit disorder) and super-active. School was never the best thing for me."

He attended All Saints Episcopal School in Tyler where his mother, Jane, still teaches art.

"Doug had trouble fitting in," she said.

What Doug loved more than anything was exploring the thick pineywoods that surrounded their home at the end of a narrow blacktop road. He also loved the family's vacations in Colorado, where he could spend his days hunting and fishing.

"I've always had this desire to go and explore, to experience everything," says Doug. "It made my parents very nervous."

After high school, Doug enrolled in the University of Montana at Missoula with plans to take a few journalism courses.

"He wanted to get away from Texas," his father, Cal, who suspected Montana's vast wilderness areas and fishing lakes were far more appealing to his outdoors-loving son than anything a classroom could offer, said.

While in Montana, Doug began working as a line cook in restaurants – and he loved it. "The kitchen (of a restaurant) is almost military in how it operates. I needed that in my life," Doug said.

In 2008, Doug moved to Portland to attend culinary school. "We were thrilled," Cal said, thankful that Doug at last seemed have found his true passion.

After culinary school, Doug landed a job in the kitchen of Lucier, which was then a hot new restaurant in Portland's busy waterfront district. Four years ago, Doug began working for Vitaly, first at his Paley's Place restaurant and eventually as chef de cuisine at the new Imperial.

Under Doug's guidance and menu creations, Imperial quickly gained attention for its preparation of foods from the Pacific Northwest, including salmon, steelhead and sturgeon. Among the other menu selections are wild mushroom galette, duck meatball and grilled albacore tuna.

"We're (located) right on the Columbia River," Doug said. "I get to cook the best and freshest salmon in the world. That makes you respect nature and the bounty it gives you … It gives you a respect for the food you are cooking."

Doug's Texas roots are apparent at Imperial where Doug's Fried Chicken, a meal that comes with a watermelon salad and Texas dill pickles, is a bestseller.

"Top Chef" is one of Bravo cable network's highest rated programs. The reality show brings about a dozen of the nation's most promising chefs together and puts them through unusual challenges that test their skills, ability to deal with pressure and think on their feet. This season, chefs had to, among other things, create a Thanksgiving meal using early American cooking utensils, make a dish inspired by a literary classic and pay homage to the legendary Julia Child..

On each episode, a panel of culinary experts (judges over the years have included Emeril Lagasse and Wolfgang Puck) sends someone packing.

Doug said when "Top Chef's" producers approached him, Vitaly was the first to encourage him to jump at the opportunity.

Vitaly earlier had competed on "Iron Chef," another popular TV cooking competition, and knew what doing well on television show could do to a chef's reputation.

"I was just terrified," Doug said of those first nerve-racking challenges in front of the camera and judges. "On the inside I was ready to explode. There was so much going through my head. My mantra in those first few weeks was ‘just don't cut yourself.'"

When things got crazy, Doug worked to stay focused and follow the good advice of Vitaly: "trust your instincts."

He quickly emerged as a leading contender. The judges praised Doug's food for its simplicity and bold flavors. Judge Gail Simmons loved a carrot soup he made in one challenge.

"You could tell that Dougie worked really hard to coax flavor out of his carrots, and the cumin, orange and radish, all complemented each other so peacefully in his Sunshine in a Cup," she wrote on the show's blog. "It came to the (judges') table and really was a ray of sunshine. There was so much flavor to it. He literally poured his heart into this soup."

Doug advanced with three others to the final challenges held in Mexico. He ultimately placed second runner-up but by then had solidified his role as a fan favorite and rising culinary star.

While on "Top Chef," Doug often paid homage to his East Texas upbringing. In one challenge, he worked with Mexico-based artist Merry Calderoni, originally an art teacher from Texas (just like his mother), to come up with a dish. He served a slowly braised brisket with what he called Texas red chili that wowed the judges.

"It feels good," he said on the show after winning the challenge. "I knew it was a risk. … I just wanted to honor Texas, Merry and my mom."

While the season was airing, Jane visited Doug in Portland and saw how "Top Chef' already was changing her son's life.

"Every time he would appear on the screen (during a ‘Top Chef' episode) the whole room would erupt. … And everywhere we went, people recognized Doug. They would point and say, ‘that's Doug, that's Doug from ‘Top Chef.'"

1. Start a pan with chorizo. Render and carmelize lightly.

3. Add white wine and cover. Cook gently till the mussels have just opened.

4. Clean the mussels and strain the liquid over them. Cool.

5. Cut the cauliflower into small peices and roast hard until they have lots of color and are crispy.

2. Blanch in boiling water five times till tender and not bitter.

3. Add juice from the lemons and season with sugar and salt to taste

1. Add pork trotter, 6 bay leaves, and a handful of black peppercorns to the pot. Cover with water. Bring to boil and simmer for 2 hours.

3. Season pork shoulder heavily with salt and pepper, and sear in a very hot pan until golden brown.

4. Remove pork from the pan and add garlic until it's lightly brown. Then add onions.

5. Lightly brown onions. Deglaze the pan with the Mexican coke and Pabst Blue Ribbon beer. Arrange browned pork pieces in a roasting pan and pour onions, garlic, coke and beer over the top.

6. Add reserved trotters to the pan. Tightly cover with tin foil and braise at 325 degrees for 3 hours until the pork is tender.

7. Slowly simmer the beans with the trotter stock until tender.

8. Mix braised pork with tender beans and cook until it is hot and mixed well. Serve with pickles and bread.

2. In the same pan, start slowly cooking onions and garlic, season with salt and pepper. When they become translucent and soft add roasted tomatoes and peppers. Cook for 5 minutes, stir and then add beer.

4. Cook until meat is tender and the chili has a dark red color. Adjust spice with Cayenne.

* Note: Seasoning throughout this dish is what brings the layers of flavor out.  Must be tasted and stirred constantly. They say in Texas that a good chili can't be eaten by the maker when it's done because you are too full from tasting it!