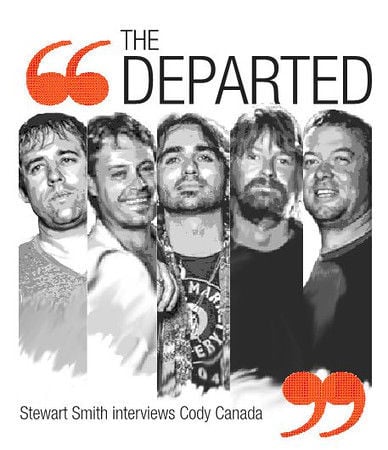 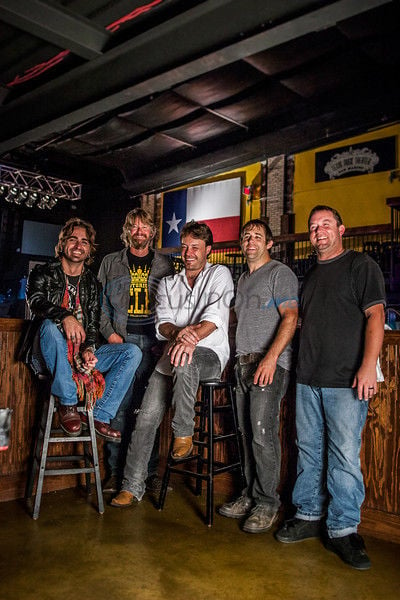 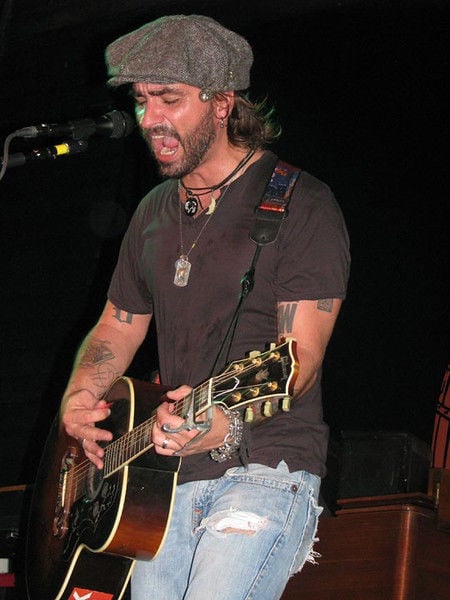 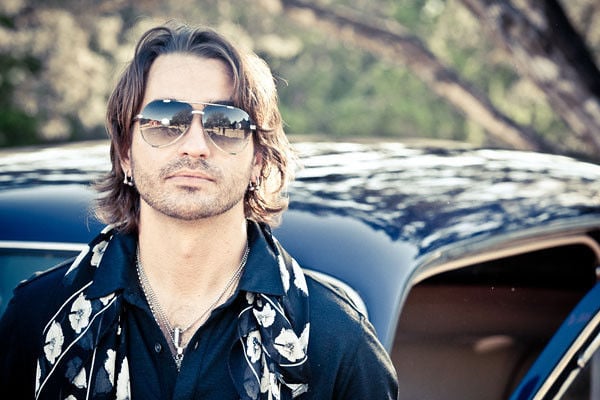 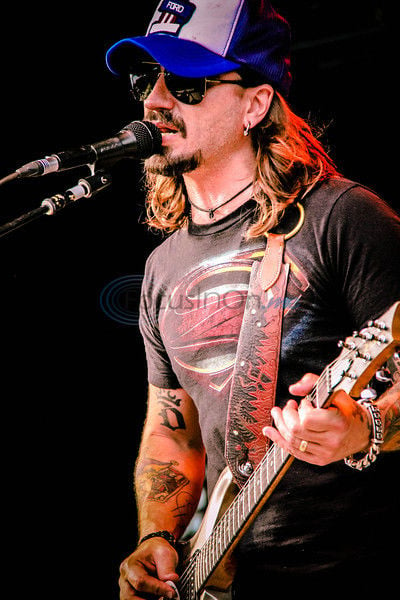 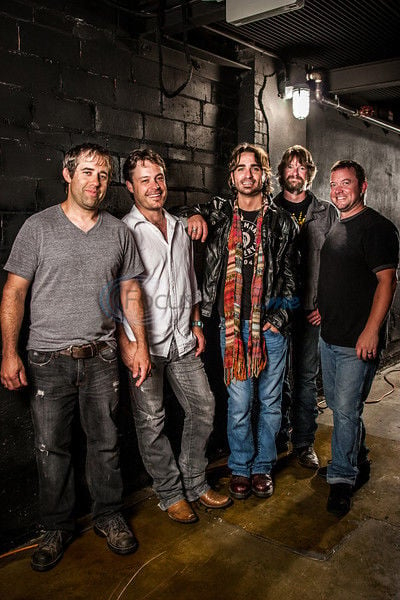 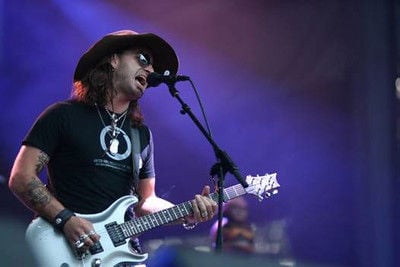 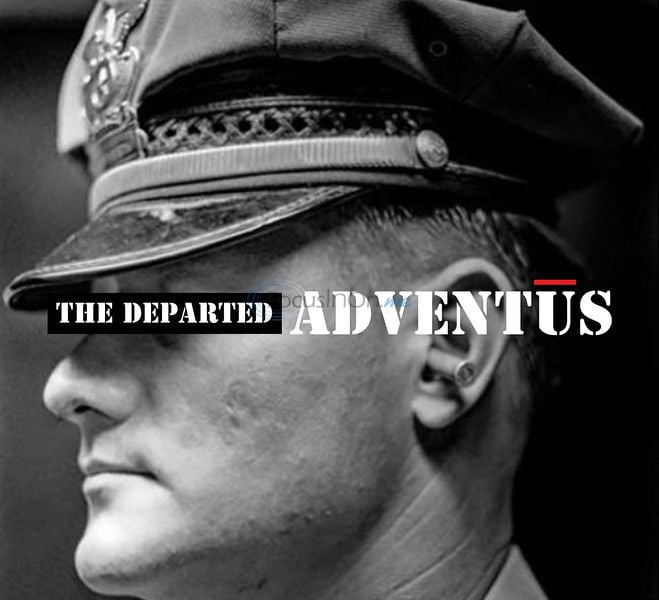 His name is probably most familiar to fans of Cross Canadian Ragweed, the Texas Country band that spent 16 years making quite a name for itself among its devoted fans. But as good as that band's run was, it was simply time for the members to move on. Two of the four dropped out of playing music altogether. But for Canada and Ragweed's bass player, Jeremy Plato, they kept right on running and formed a brand new musical posse with The Departed.

"Being in a band is a lot of work. So they were just ready to get home and do their thing, and Jeremy and I were going to continue going because it's just what we were born to do. That's why we didn't waste any time starting this band," he said.

East Texans can get a taste of what this new lineup has to offer when the band headlines this weekend's Festival on the Square in downtown Tyler.

While some musicians take a while to gel as a band, these guys were able to more or less hit the ground running. Joining he and Plato (who continues his duties on bass and vocals) is Seth James on guitar, drummer Chris Doege and Steve Littleton, a longtime friend of Canada's, on keyboard. Canada said working with these guys has taken a lot of the creative strain off his back, as well as allowing him to not always shoulder the whole weight that comes with leading a band.

"You know, a lot of it is the (keyboards) that Steve Littleton brings to the table. I've known Steve since I was 16 or 17 and I'd played with him off and on, but never really gotten a chance to be in a band with him. And now, here we are. … I think Steve is the best at what he does, so that would be the creative itch that I can scratch now with him in the band," he said.

"Seth has done a lot of leads over the last few years, but when it comes to Steve, there's only so much you can do with a lead guitar player. I did it for 16 years by myself. But with Steve in the mix, I get to breathe a bit and he gets to put some depth to the songs."

The band's first original album, "Adventus," was released last November and recording it seemed to be something of a breath of fresh air for Canada.

"It was like it was in the beginning with Ragweed. Once it got down to the last records, our process was a little different. But with this album, most of the songs were written when we got into the studio. We approached it like doing a live record. We all set up in the same room, counted off and just one-two-three dive into it," Canada said. "Usually, if the bass and drums are perfect we leave that and then come back and overdub the guitars. But sometimes you just find that magic right there. So it was kind of getting back to what it used to be like, cutting a live track and then keeping the best part and going back and adding the pieces that you missed."

When working with Ragweed, Canada said he shouldered the lion's share of writing. But with The Departed, it's a much more collaborative effort.

"The way this band works is, if I bring a song to the guys and if they feel like they want to contribute or can contribute they will, but if they feel it's my opinion and feelings on the song then they'll let me do it,' he said. "And vice versa when Seth brings something to the table, but there's also a lot of sharing and space."

Now that there's been nearly a year's distance from it, Canada said he's able to look at "Adventus" with a little more objectivity.

"There's usually, once you get 9 or 10 months or a year down there line, there's usually something you listen back to and think ‘That's not really what I intended for that song to be,'" he said. "But with this one, we paid so much attention knowing that this was going to be our first record as this band. We got it down and there's really not one thing I would change on the whole record."

What hasn't changed, though, is Canada's approach to performance and practice.

"Whether it's selfish or not, I've always done things for me. I know how to do it, I know what works. I've always just dived in. I've never practiced. It's always just been a feeling. If I knew the song and Jeremy knew the song and the drummer knew the song and everyone was on the same moment and that electric moment hits, we may not know it well but we know the basics so let's just go for it and let the emotion take over," he said. "From the beginning years of Ragweed, that's what we did. We hardly ever practiced. We rehearsed material for the records to make sure we knew how to do it, but for the live shows, someone would lean over and say ‘You remember this song? OK, one two three, let's go.' And if you messed it up and crashed and burned, you'd learn your less. But if you did the song again, you'd know the part. I've always been that kind of person."

It has, he admits, been something of a challenge to get fans to understand that this isn't just Ragweed with a new lineup.

"Getting people used to the fact that it's a new band, if I could talk to the people in one setting, I'd tell them to just be patient. We're going to play old songs. Right now, we're going to show you what we've got as a new band," he said.

Audiences can see (and hear) what they've got when The Departed takes the stage at 10:15. Gates open at 5 p.m. with the first act, Rich O'Toole, taking the stage at 6 p.m. Other acts include Fred Andrews & Honeybrowne and Sons of Fathers.

Admission to Festival on the Square is $20 in advance or $25 at the gate. Tickets can be purchased at Gallery Main Street, 110 W. Erwin St. in Tyler or online at www.outhousetickets.com.