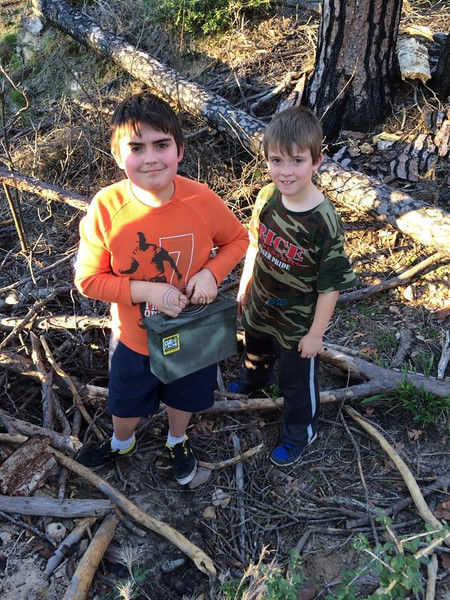 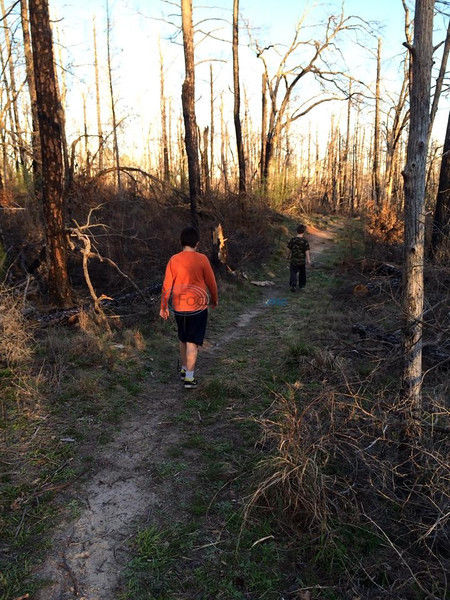 Brian Pearson/Staff Curt (left) and Luke Pearson follow one of the park’s paths. 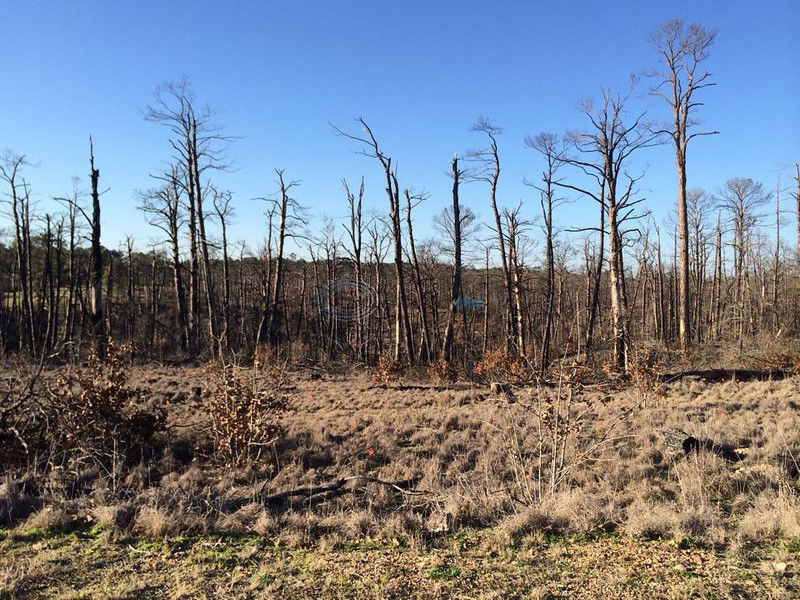 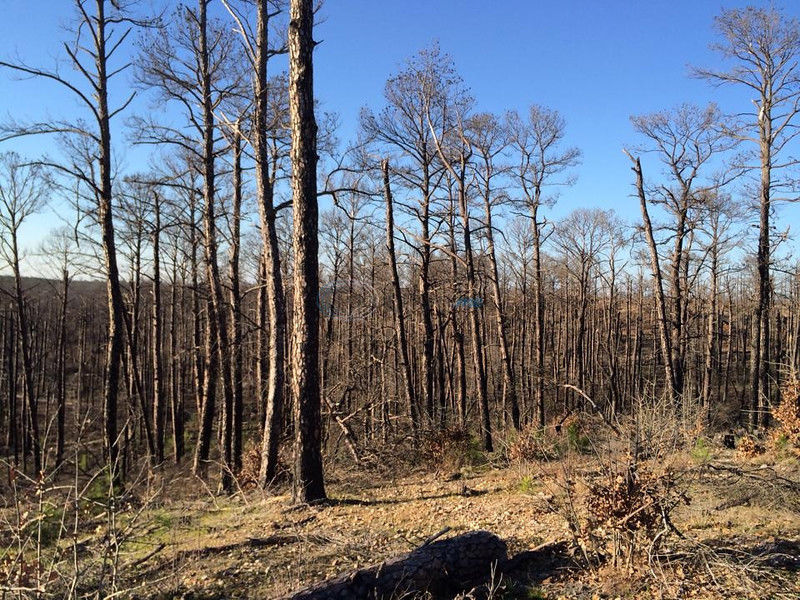 Brian Pearson/Staff Curt (left) and Luke Pearson follow one of the park’s paths.

Stories about Bastrop State Park's beauty have circulated in the camping subculture throughout the years.

The park, which sits in the transition zone between the Hill Country and Piney Woods, has been on my camping bucket list for decades.

But during spring break earlier this year, my boys and I arrived to find Bastrop State Park a ghostly, charred shell of itself.

A wildfire, set off after a tree fell on a power line, in September 2011 scorched 96 percent of the park, according to the rangers.

Firefighters saved cabins and facilities built during the great Civilian Conservation Corps park-building project in the 1930s, according to the park's website.

Despite the fiery destruction, most of the park is open, and there is a strange, surreal beauty to what remains of the charred forest. At least the wildfire occurred somewhat naturally as opposed to someone setting it intentionally or by accident.

During a hike to find the park's official geocache box, all we could notice at first were the lifeless trees surrounding the trail.

But after awhile, what survived became more noticeable, such as a lone living pine amid the dead. How did it survive?

Work continues to repair the park, and during our visit, workers were planting pine saplings everywhere. But for the most part, it will take time and nature taking its post-wildfire course before the park returns to the way it was before the devastating blaze.

Bastrop State Park, next to its namesake town about 30 miles east of Austin off Texas Highway 71, is huge, stretching 6,600 acres. It is famous for its "Lost Pines," an isolated region of loblolly pines and hardwoods.

Land for the park was acquired from the city of Bastrop and private owners in the early 1930s, and the park opened in 1937, with more land acquired in 1979.

The nearby Buescher State Park offers more than 1,000 additional acres of outdoor recreation.

"The stone cabins at Bastrop appear to grow out of the ground like a natural outcrop," the park website states. "The same non-intrusive design elements were followed for dams, culverts, bridges and fences. …

"Bastrop's refectory is a showplace of CCC craftsmanship. Cedar, oak, walnut and pine indigenous to the park and red sandstone quarried nearby come together in an attractive stone structure featuring carved mantles, roof beams and handmade furniture."

Bastrop State Park garnered National Historic Landmark status in 1997, thanks to the CCC's efforts. It is only one of seven CCC parks nationwide to carry this recognition.

The El Camino Real, a critical Spanish travel route, ran through the area and was instrumental in the settling of this region. Bastrop State Park is one of the few public places in the state where the road can be visited.

The park offers camping, fishing, canoeing, hiking and even has a swimming pool and nearby golf course. There is a 12-mile biking/hiking trail through the Lost Pines.

For a less-intensive scenic experience, take a drive along Park Road 1C between Bastrop and Buescher state parks.

As for camping, the park has everything from primitive camping to full RV hookups.

We had some surprise visitors in our campsite at dusk. Some bunnies and mice made themselves at home as they foraged for specks of food. I've never seen bunnies and mice come into a campsite like this, seemingly unafraid of our presence.

Attractions outside the park include the 900-surface-acre Lake Bastrop. Lake Somervville and McKinney Falls state parks, as well as the Monument Hill and Kreische Brewery State Historic Sites, are within 50 miles.

Bastrop, known as Mina when established in 1832, is among the state's oldest towns.

And if Bastrop doesn't provide enough of an urban break from Mother Nature, Austin is only a half hour away.