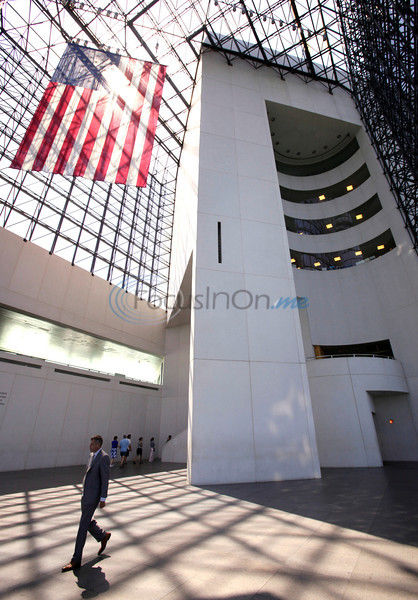 In this Aug. 19, 2009 photo, passers-by walk under an American flag at the John F. Kennedy Presidential Library and Museum, in Boston. (AP Photo/Steven Senne) 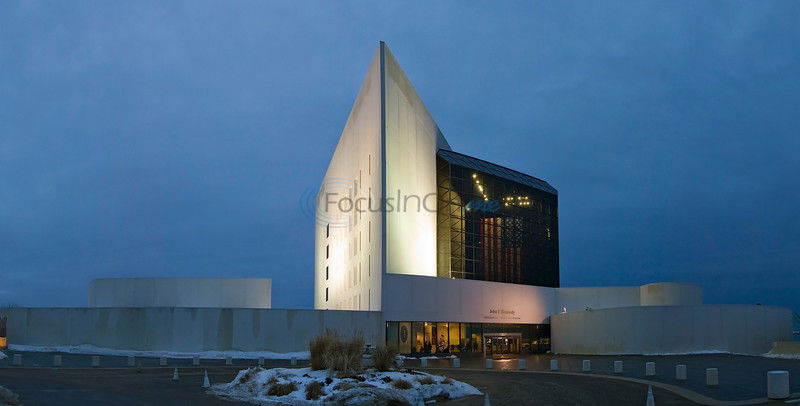 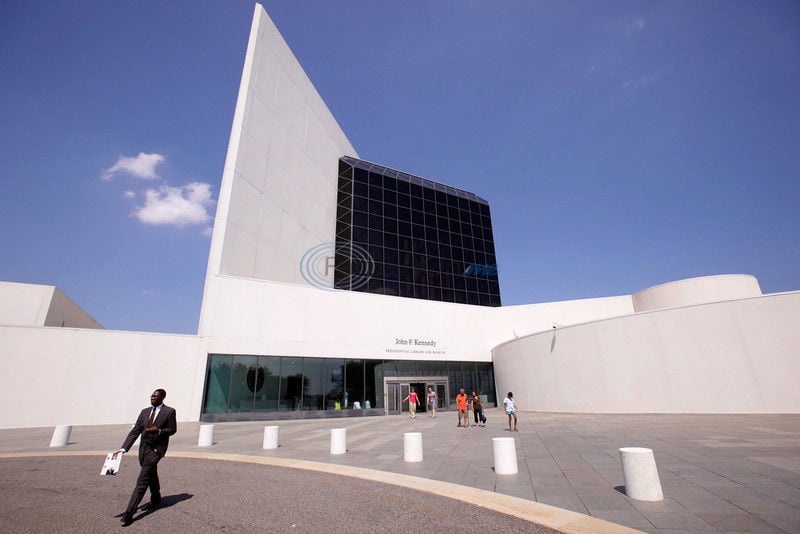 In this Aug. 19, 2009 photo, passers-by walk under an American flag at the John F. Kennedy Presidential Library and Museum, in Boston. (AP Photo/Steven Senne)

BOSTON — One of my favorite things when traveling — along with visiting ballparks and college campuses across America — is exploring our presidential libraries.

But my favorite to visit thus far has been the John F. Ken­nedy Presidential Library and Museum, on the campus of The University of Massachusetts Boston.

While I was too young to remember the JFK administration, my parents were big fans of our 35th president and always encouraged me to study and use his words as inspiration.

As we approach the 50th anniversary of that tragic day in Dallas, our thoughts will turn to Kennedy.

While The Sixth Floor Museum in Dallas examines the legacy of the president, there are still the daunting and haunting images of those boxes stacked in the Texas School Book Depository.

In the building in Massachusetts, the many exhibits and photos leave you inspired after your visit.

The best way to get to Columbia Point, where the library is located, is take the Boston subway's Red Line to the JFK/UMass stop. Shuttle buses at the stop then carry you to the library.

For a building that opened in 1971 and was limited by funds, it still has such a modern look. Perhaps the architect, I.M. Pei, had the vision of futuristic ideas just as the president himself had always looked forward.

There are evolving exhibits at the library, but there are plenty of permanent displays and also many voiceovers and movies to reflect on the president and his family.

It was originally scheduled to be built near the Charles River on the Harvard University campus in Cambridge, but the state of Massachusetts eventually decided to build it on the present location overlooking Dorchester Bay. Although it might not have been intended as a metaphor of Kennedy's outlook, the location was once a landfill and was turned into something unique.

One the most beautiful sights is an American flag hanging in the glass pavilion.

The first floor includes political memorabilia, family photos and video monitors. There is a film that President Kennedy himself narrates. There is also a documentary on the Cuban missile crisis.

The museum has seven permanent exhibits.

1. Campaign Trail: This features the presidential campaign of 1960 between good friends and senators JFK of Massachusetts and Richard M. Nixon of California. There is also a replica of a Kennedy campaign office and a TV production set that features Walter Cronkite's desk with each state listed on the wall as the election returns come into the studio.

2. The Briefing Room: This examines Kennedy's speeches and press conferences.

3. The Space Race: This area features the U.S. space program during the Mercury Project. There is a Mercury-Redstone 3 (Freedom 7) space capsule in which astronaut Alan B. Shepard became the first American in space. The capsule was displayed at the United States Naval Academy's Armel-Leftwich Visitor Center from 1998 to 2012, until moving to the JFK Library. It is scheduled to stay in Boston until 2016 when it will return to National Air and Space Museum in Washington, D.C.

4. Attorney General's Office: Robert F. Kennedy was such a close political advisor to his brother. This exhibit on RFK features information on his role in fighting organized crime and the Department of Justice's role in the American civil rights movement during RFK's time as attorney general.

5. And what would a presidential library be without The Oval Office? This includes items that Kennedy kept in his White House office.

6. First Lady Jacqueline Bouvier Kennedy: This exhibit features the life of the beautiful, gracious and elegant Mrs. Kennedy. It includes many of her designer clothes.

7. The Kennedy Family: There are artifacts from many of the Kennedys.

The museum has a vast art collection, including a watercolor sketch of the president by Jamie Wyeth, finger-painting by daughter Caroline, a bust of JFK sculpted by Felix de Weldon and a watercolor painting of the White House by Mrs. Kennedy.

Outside the library, during the summer, Kennedy's sailboat Victura is on display. Throughout the museum there are texts (for the younger version, type-written) of his speeches, along with vocal segments.

Kennedy's vision was on display when he made a speech on Sept. 12, 1962, at Rice Stadium in Houston — he was literally telling us to reach for the stars.

"There is no strife, no prejudice, no national conflict in outer space as yet. Its hazards are hostile to us all. Its conquest deserves the best of all mankind, and its opportunity for peaceful cooperation may never come again. But why, some say, the moon? Why choose this as our goal? And they may well ask why climb the highest mountain? Why, 35 years ago, fly the Atlantic? Why does Rice play Texas?

It gives you chills listening to that speech.

And of course, his inaugural address includes the famous quote that really should be brought to the forefront of our nation once again.