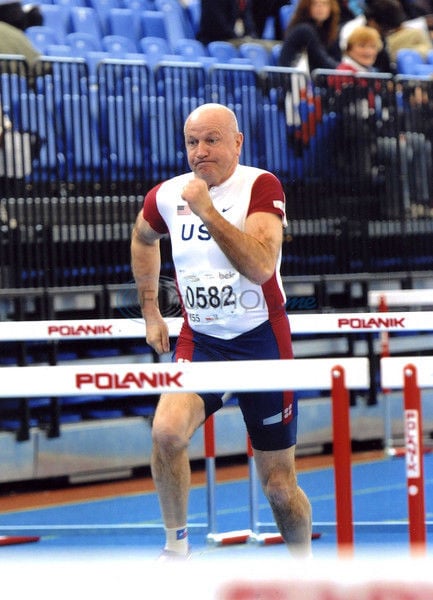 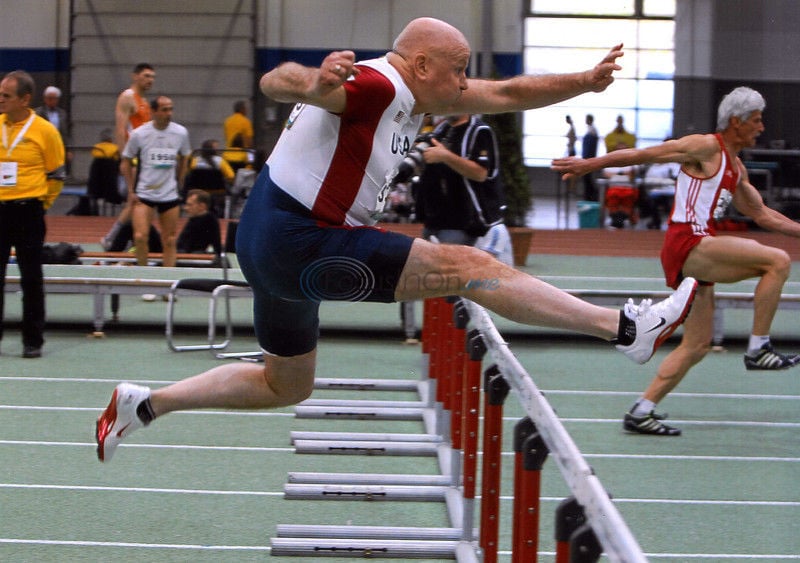 COURTESY Robert Hahn, now 62, competes in the 2010 World indoor Championships in Kamloops, Canada. He placed fifth in the 60-meter hurdles. 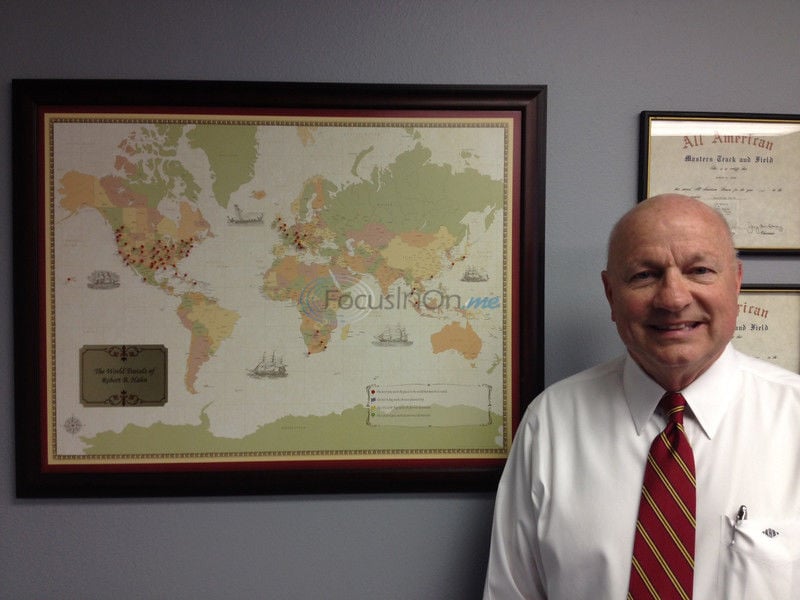 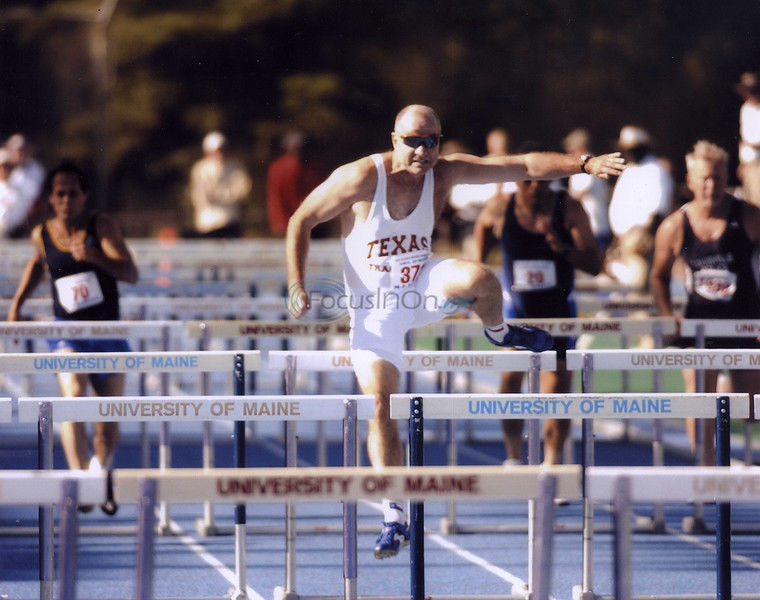 COURTESY Robert Hahn, now 62, competes in the 2010 World indoor Championships in Kamloops, Canada. He placed fifth in the 60-meter hurdles.

For Hahn, an insurance salesman of 40 years, track has been a lifelong passion, sparked more than half a century ago at Bell Elementary in Tyler.

Competing in the school's annual track and field day as a boy gave Hahn his first taste of the thrill of competition — and winning ribbons, a prize he relished.

Hahn, small and speedy, was a natural runner.

He leapt into organized track at then-named Moore Junior High and went on to Robert E. Lee High School.

"I just barely graduated," he admitted. "All I lived for was football and track."

While his devotion to sports might not have been kind to his grades, it earned him a letter in track three years in a row. His senior year, he was the district high-point man and chosen All-East Texas in the 120-yard high hurdles in addition to starting at safety for the Lee football team.

"My dad tried to tell me after football season, ‘I hope you get out of that, quit running that track — it doesn't pay off anything,'" Hahn said. "But it wound up giving me a four-year scholarship."

That track scholarship took him to John Brown University in Siloam Springs, Ark., where he set school records, was a national champion and snagged All-American honors, as well as a girlfriend, Julie, who is now his wife.

After Hahn graduated college in 1975, he competed unattached for a few years. When he was 32, his father passed away to a heart attack at the age of 64, and Hahn decided he needed to get in shape.

Shortly after, Hahn found out about the Masters track and field events for veteran athletes 30 years or older, with age divisions going all the way up to 100-104.

To begin his training, he returned to his high school's track to attempt a 400-meter run.

"I was seeing dots, and I thought I was gonna get sick," Hahn said. "And I thought, ‘Oh my gosh, I'm too old to be doing this.'

"But I spent the rest of the year gradually working into it, and then I was getting a little bit faster."

Soon, Hahn was in Chicago competing in his first Masters Indoor Nationals.

Hahn continued to compete, landing his first spot in the World Masters Championship games in Tokyo in 1993 and earning fifth place in hurdling and a silver medal in the 400-meter relay.

"I thought I was on top of the world," he said.

Since then, Hahn has won so many medals he's lost count.

"There's no telling," he said. "I've actually given some of them away."

The games have taken him across the globe. He's competed in South Africa, Germany, Spain, France, Italy, Puerto Rico, England and Mexico, where he won the world championships in 2007.

"People call me all the time through the years, saying they get a kick out of wondering where I'm going next, or where I've been," he said.

The most recent stamp on his passport: Budapest, Hungary. In March, Hahn competed in the World Masters Indoor Track and Field Championship in the 60 to 64 age group, but left dissatisfied.

"I went over there thinking I was going to win it," Hahn said. "I had about the fifth-best time going in ... (but) I got to the first hurdle, and I didn't have time to react to it. I was kind of disappointed in that. It was my worst finish ever."

Ultimately unruffled, he has his sights set on gold in Daegu, South Korea, in 2017.

"I think I'm gonna do one more of these (world championships)," he said. "I think I may go to one more and try to win the thing and I'm gonna back off in a bit.

"I want to try to win the nationals or win the world championships just one more time and then ease out of it."

Hahn attributes practice and perseverance to being a successful athlete into his 60s, saying, "Anybody could do it."

"My diet is not that great," Hahn said. "I don't maybe have the perfect body to run hurdles."

At 5-foot-11, 173 pounds, Hahn is shorter and slighter than many of his opponents.

"That's why I have to scrap for everything," he said.

Hahn said he'd like to keep going as long as his knees allow it.

"I take glucosamine like candy and I think it works," Hahn said.

For now, Hahn's body is holding up — "You just try to hang on" — and he said his main priorities are staying healthy and winning more championships.

"So when you do finish a race, it's really fun. When you do good, it's almost like a drug."