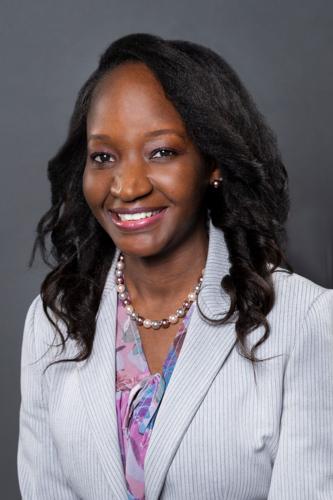 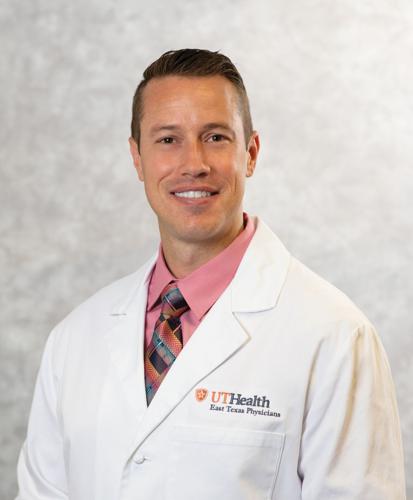 One out of eight women will be diagnosed with breast cancer — the second most common cancer among women in the United States — during their lifetime, according to a local doctor.

Dr. Nanna Helen Sulai, hematologist and medical oncologist at Texas Oncology in Tyler, said there are about 20,000 new cases of breast cancer diagnosed each year in the state. In Tyler, she said the average number of new cases is about 1,000 per year.

According to the Centers for Disease Control and Prevention, breast cancer is the second most common cancer among women in the United States second only to some kinds of skin cancer. And though breast cancer is mostly detected in women, men also suffer.

According to Sulai, medical professionals historically have said that breast cancer is more common in older women. That, however, is changing.

“In the past, we used to say breast cancer was more common in elderly women but now with the advent of genetics as well as environmental changes, we’re seeing more breast cancer cases in younger women,” Sulai said.

A person's risk of developing breast cancer varies based on many factors that include race, age, gender, genetics, lifestyle and the presence of "dense breast tissue."

According to Sulai, breast cancer cases are very common among people of European descent. However, African American and other minority women tend to see the most number of cases when dealing with aggressive cancers and being infected at a young age, she said.

Most breast cancer cases are diagnosed in women older than 55, according to Sulai.

A family history of breast cancer increases the risk of developing it oneself. In addition, Sulai said other forms of cancer, such as ovarian and pancreatic cancers, can travel together together with breast cancer. She recommends people who have a family background associated with the disease to be more aggressive about being screened because they could have a gene that represents an increased risk.

Sulai said products like birth control pills can produce changes in breast tissues that can become permanent. One of the most common changes is not being able to breastfeed, which increases the risk of getting the disease.

The presence of dense breast tissue is another factor that can affect someone's likelihood of developing breast cancer. The condition means the breast generally contains less fat and more glandular and connective tissue.

Dr. Brandon Ashton, radiologist with a specialization in breast imaging at the UT Health East Texas Breast Care Center, said dense breast tissue is common and found in about 40% of women.

Dense breast tissue is generally discovered after a mammogram. However, there are many scenarios where small cancers are hidden in the mammogram.

Ashton said to be fully aware of these small cancers and that “it is important to also perform ultrasound and MRI tests that can help us see.”

“Those who are found with dense breast tissue are encouraged to have yearly evaluations with imaging in addition to mammograms,” Ashton said.

Men are less likely than women to develop breast cancer, but men typically present with a more advanced stage of the disease than women, according to Texas Oncology. Risk factors for men are similar with most male breast cancers detected in patients between 60 and 70 years old.

According to Sulai, there are many symptoms that can be a sign of a breast cancer tumor. One of the most common signs are lumps in the breast, lymph nodes near the armpit or above the clavicle.

Another sign of a potential tumor is noticing the skin of the breast becoming tight and reddish. Sulai said when this symptom is presented, the patient’s breast generally looks like an “orange peel.”

Other symptoms include nipples suffering from retractions, draining blood or milk and constant pain. Women who feel their breasts are heavy might want to check with a doctor for evaluation, according to Sulai.

According to Ashton, a woman with an average risk for breast cancer — meaning someone without significant family history or inherited genetic traits that predispose her to getting the disease — should be screened with a mammogram every year when she turns 40.

“A yearly mammogram has proven to save the most lives,” Ashton said.

Women who have a family history of breast cancer are encouraged to start yearly mammograms and supplemental screenings when they turn 30.

Women with dense breast tissue or other risk factors should consider supplementary imaging in addition to mammograms with a breast ultrasound or MRI, according to Ashton.

Aside from yearly checkups, Sulai said living a healthy lifestyle and trying to get enough exercise are keys to preventing the disease. She also emphasized the importance of speaking with health care providers about breast changes and family members to make sure what genes run in the family.

In every woman exists the possibility for developing breast cancer at some time in her life; however, those who have been previously diagnosed have a greater risk of redeveloping the disease.

“The greatest factor for having a recurring cancer is the fact you’ve had it before,” Sulai said.

If a breast cancer is rediscovered in a patient, it is most common to see it in the outer portion of the breast. The recurring cancer, though, might come back in other parts of the body including the brain, liver and lungs, according to Sulai.

Part of the reason why a cancer-free patient is required to visit the doctor often is to check that the cancer has not come back in another part of the body.

“That’s why we like to see our patients very often, to make sure they’re doing OK. So if the cancer comes back, we catch it quickly and we are able to do something,” Sulai said.

When it comes to breast cancer, early detection can be life-saving. Regular self-exams and routine mammograms are crucial to making sure every…

WHO WE ARE TMT
Win 15K Benjamin
Gift of Journalism