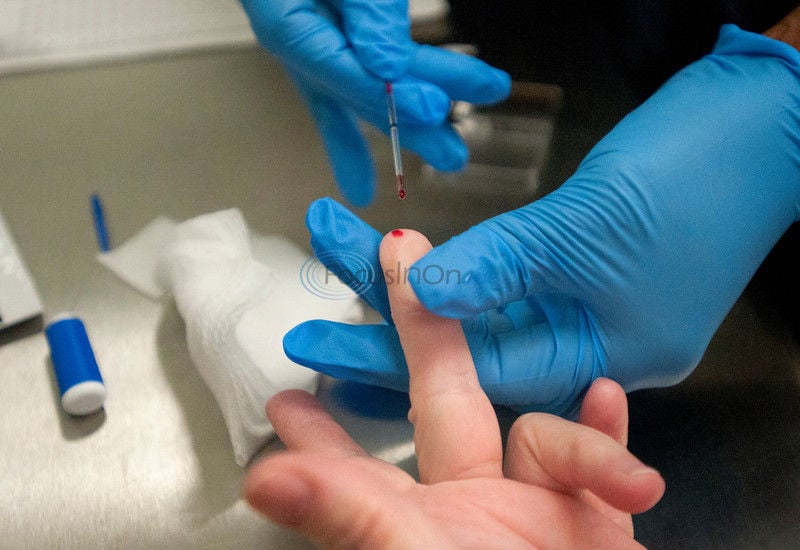 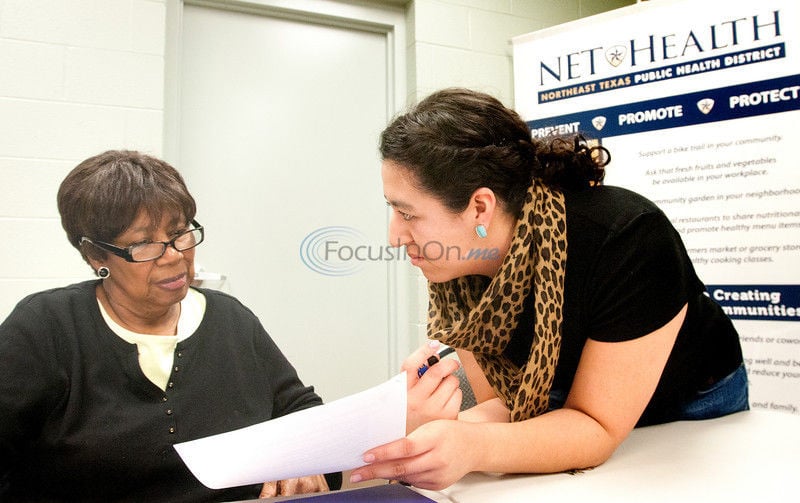 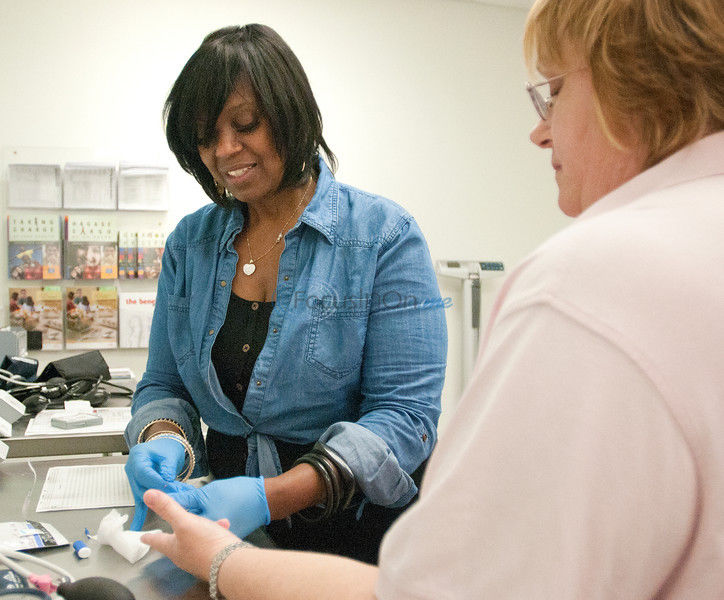 Linda Rhymes felt jittery and shaky at the grocery store.

The 60-year-old Tyler resident, who is diabetic and had a blood glucose level of 56 at the time, said she knew what she needed to do thanks to information she got from the Center for Healthy Living.

She went to the cashier, who gave her some Lifesavers, and her blood glucose level was 72 when she checked it later at home.

"If it weren't for this class (the center's diabetes education class), I probably wouldn't have known what was going on," Ms. Rhymes said.

The Center for Healthy Living, at 2815 Frankston Highway, opened in October.

Since the center opened, about 350 people of various races, ethnicities and levels of need have come through, many of which continue to use the center, Claris Smith, the center's coordinator, said. As of Thursday morning, an estimated 120 people had received blood pressure, blood glucose, cholesterol, weight and BMI screenings, one of the services the center offers.

Many of the services, such as classes and screenings, are free.

According to a news release, 80.5 percent of the patients screened at the clinic from when it opened through February were clinically overweight or obese and 65 percent were uninsured.

One of the center's main goals, Ms. Smith said, is to reinforce that health must be managed at home, outside of regular doctor's visits.

She said the center also helps people find a primary care doctor if they don't have one.

Some people didn't know they had high glucose, high blood pressure or high cholesterol levels until they were screened, she said, and center staff has given them referrals.

Additionally, she said, she has seen patients who were diagnosed with diabetes several years earlier but never learned how to use a glucometer until they came to the center. Patients also have reported success, such as reduction in medication and weight loss.

Those type of things in the long run make a big difference financially and to the health system as a whole, Ms. Smith said.

She specifically recalled a patient who came to the center with glucose and blood pressure that was so high that it couldn't be measured.

The patient, who knew he had diabetes but couldn't afford health care, went to the emergency room to get his emergency symptoms taken care of, she said. Then he came back to the center the next day, hugged staff members and was referred to a free health clinic.

There also have been other patients, both English and non-English speaking, who didn't know they had diabetes, Ms. Smith said, and staff members can counsel those patients and explain what the disease means when it comes to nutrition.

As far as the future, the center is looking into programs for hypertension, and would like to offer a course on depression self-management, she said.

Wyndi Fuqua-Flanigan, 52, of Mineola, recently was diagnosed with diabetes, and was at the center on Thursday.

She said she was there for information, and "anything I take away will be that much better."

Ms. Rhymes said she has learned a lot about diabetes through the center, including how the disease affects taste buds, nerves and hands, as well as how to read labels, how to prepare food and how to buy in bulk.

Ms. Rhymes said she's also learned that she doesn't have to go to a gym to exercise — she walks and dances — and tries to encourage others to come to the center.

"It's an excellent place," she said. "It's really helpful to the community. It really is."

“For the word of God is alive and active. Sharper than any double-edged sword, it penetrates even to dividing soul and spirit, joints and marrow ...” (Hebrews 4:12)