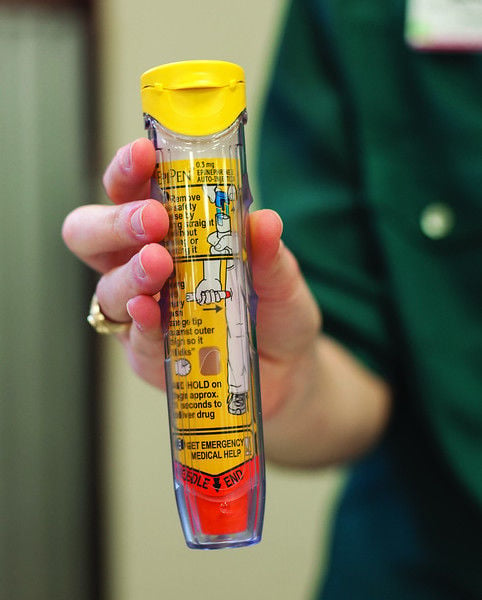 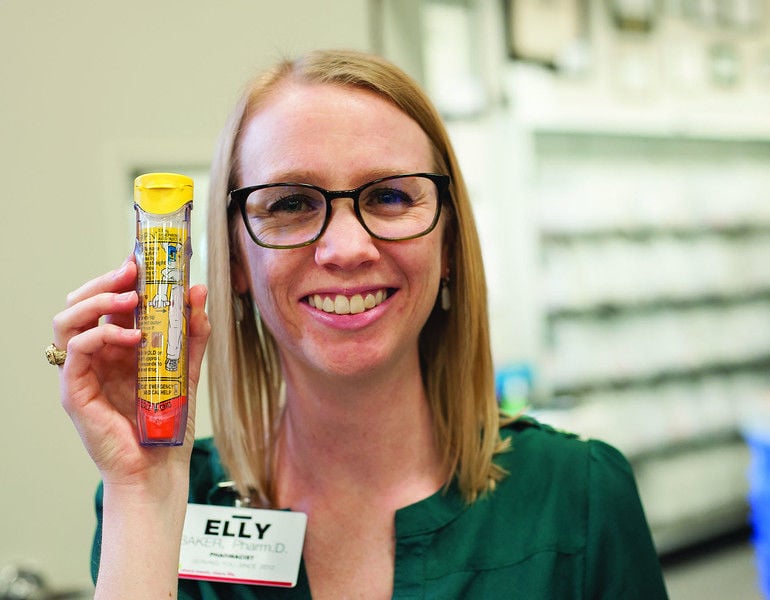 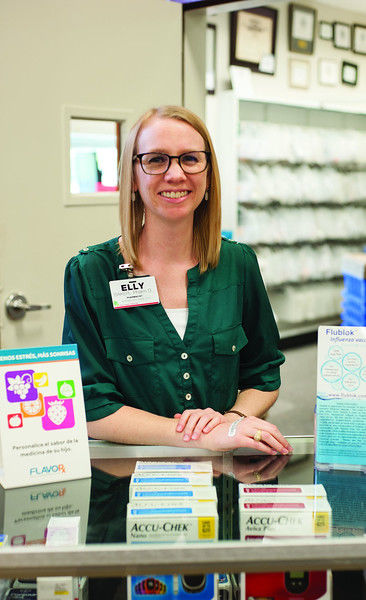 Bullard pharmacist Elly Baker saved a woman's life, thanks to a new law enacted in Texas earlier this year.

A customer walked in the Brookshire's pharmacy in Bullard with her husband on March 4, visibly in need of medical attention. She asked for allergy medicine.

"It was pretty clear that she needed more than Benadryl, because her eyes were swollen shut, and she had trouble breathing," Ms. Baker said.

The Bullard native grabbed an EpiPen and injected the medicine into the patient's thigh. Ms. Baker said the patient felt better soon after and could breath again. She monitored the woman for a while until the swelling had gone down, and she could breathe freely, as required. She then called 911, notified her physician and documented what happened.

Before, she would not have been able to legally administer the drug to a patient. In January, Texas legislators passed a law that allows a pharmacist to administer an epinephrine auto-injector to a patient in an emergency situation. It also provides liability protections for administering the drug.

Thankfully, Ms. Baker learned about the new law as a member of the Texas Pharmacist Association, which informed members about House Bill 1550 in an email.

The organization had advocated for the new law, after hearing from several pharmacists about its need, according to the group's legislative update report.

Just weeks before, Ms. Baker directed another patient suffering from a similar issue to an emergency facility.

"Anaphylaxis is such a time-sensitive thing," she said. "We don't have urgent care out here in Bullard yet, so they would have had to drive all the way to Tyler or Jacksonville, and that's an extra 15 or 20 minutes."

Anaphylaxis is a life-threatening condition caused by an overactive immune response, which is triggered by certain allergens. Epinephrine, or adrenalin, is used to quickly shoot the hormone into the blood stream to address the effects of the reaction. Since effects of the medication are temporary, patients must get immediate medical care to ensure they are safe.

It's been an eventful first year as a pharmacist for Ms. Baker - who began working in the field last July - and for her coworkers as well.

Mandi Brister, a pharmacist for 13 years, didn't realize the law was in place until the patient Ms. Baker helped walked into the Bullard pharmacy.

"I knew about it when Elly said, ‘do you know about the new law? I'm glad she was educated on it," she said.

The the role of pharmacists is evolving, as the scope of their practice includes dispensing medications, educating patients and other providers and providing medication management to avoid therapeutic duplications or interactions.

Ms. Baker said the patient was not from the area, and has not had contact with her since. Ever calm, she has been humble about the experience of saving a life.