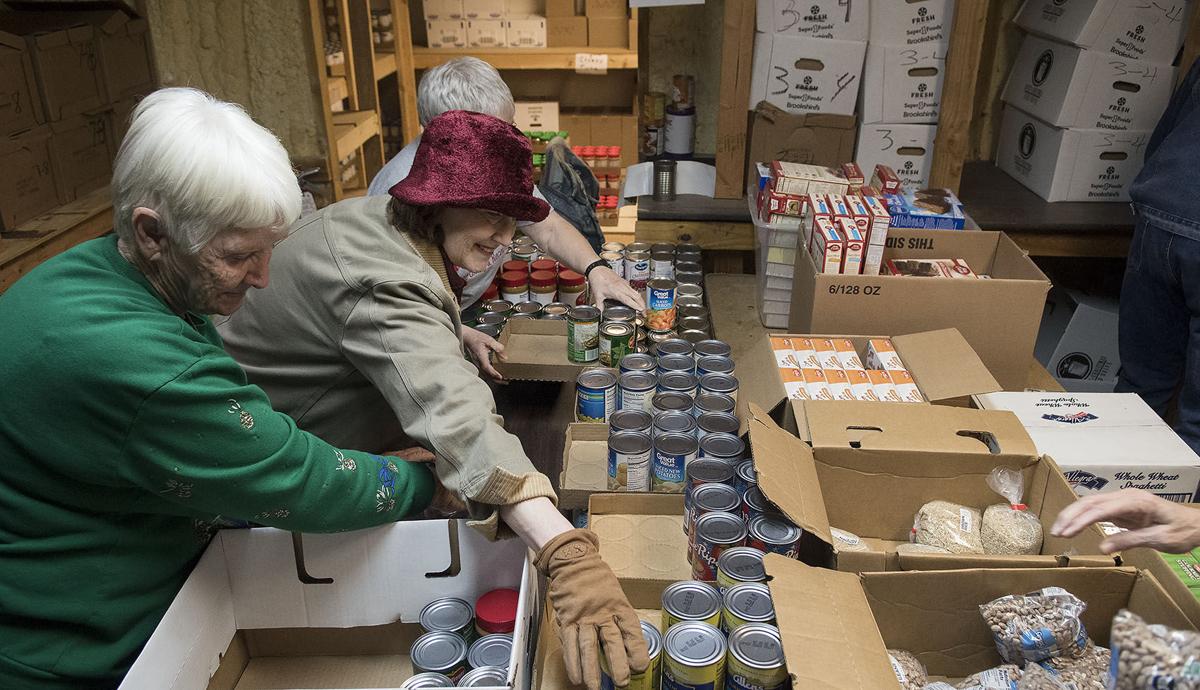 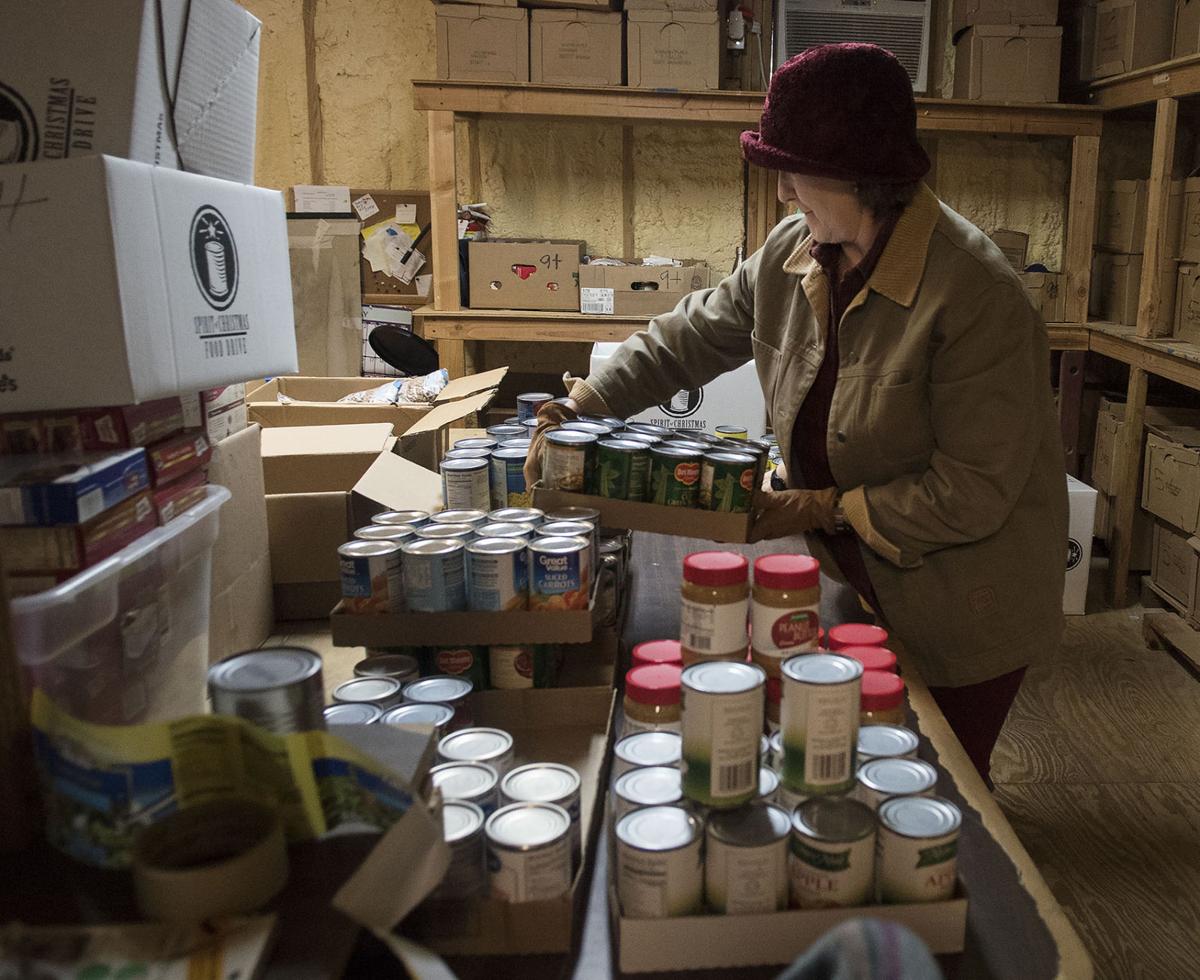 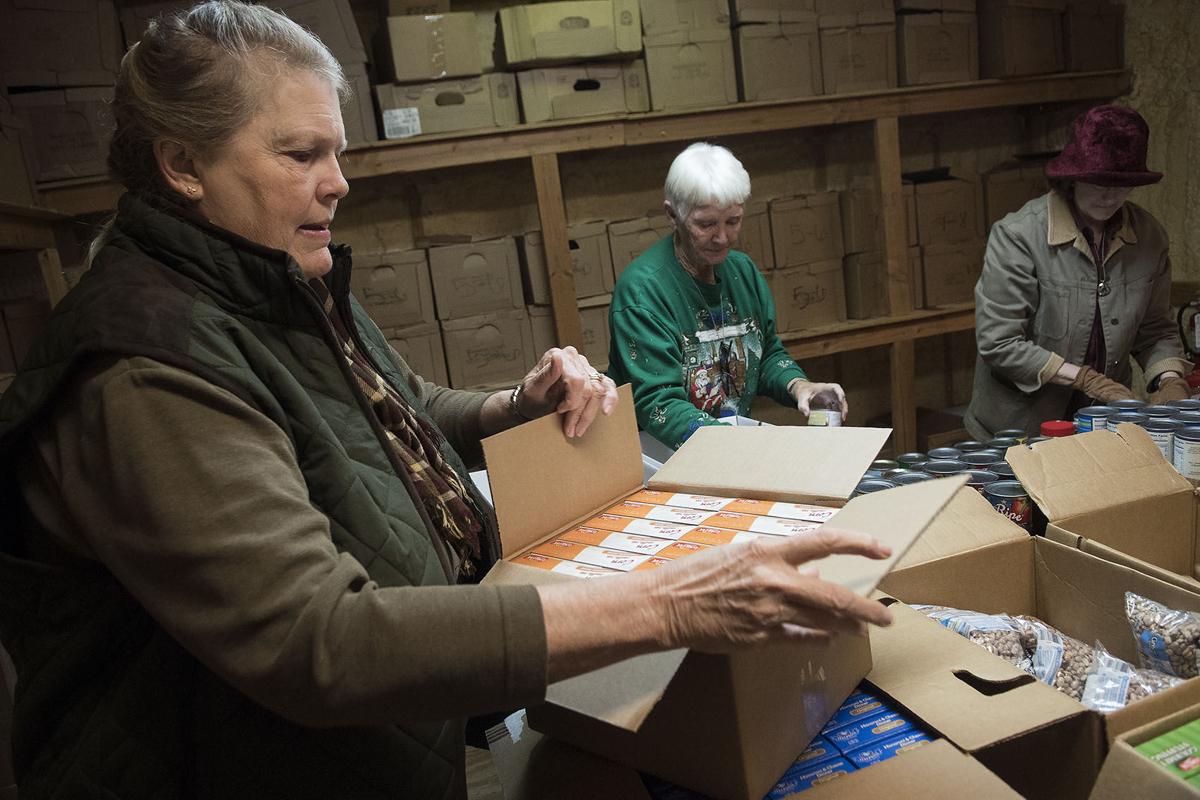 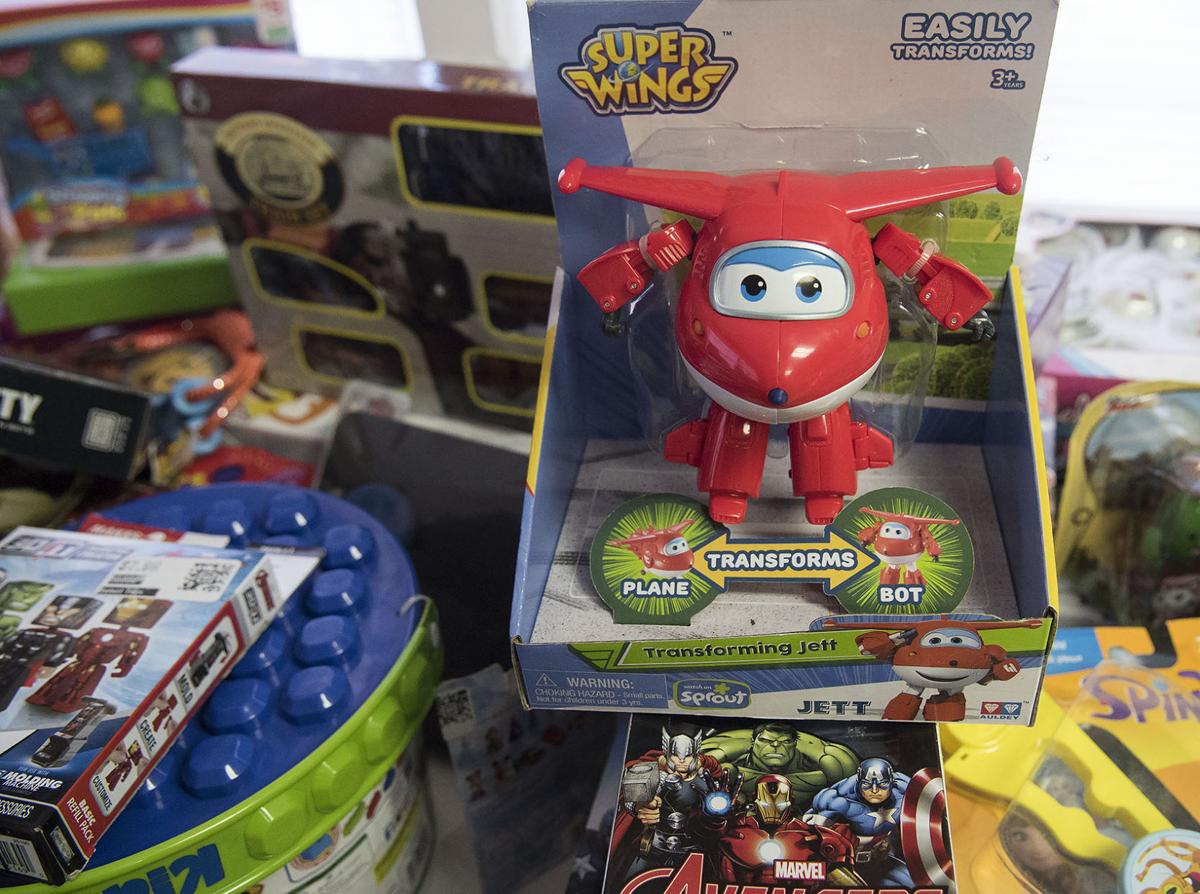 Donated toys are sorted on a table before being placed inside Christmas gift packages for needy families in the Angel Tree program on Wednesday Dec. 13, 2017. Hawkins Helping Hands, a community based ministry that helps people make ends meet, is celebrating its 30th year. (Sarah A. Miller/Tyler Morning Telegraph) 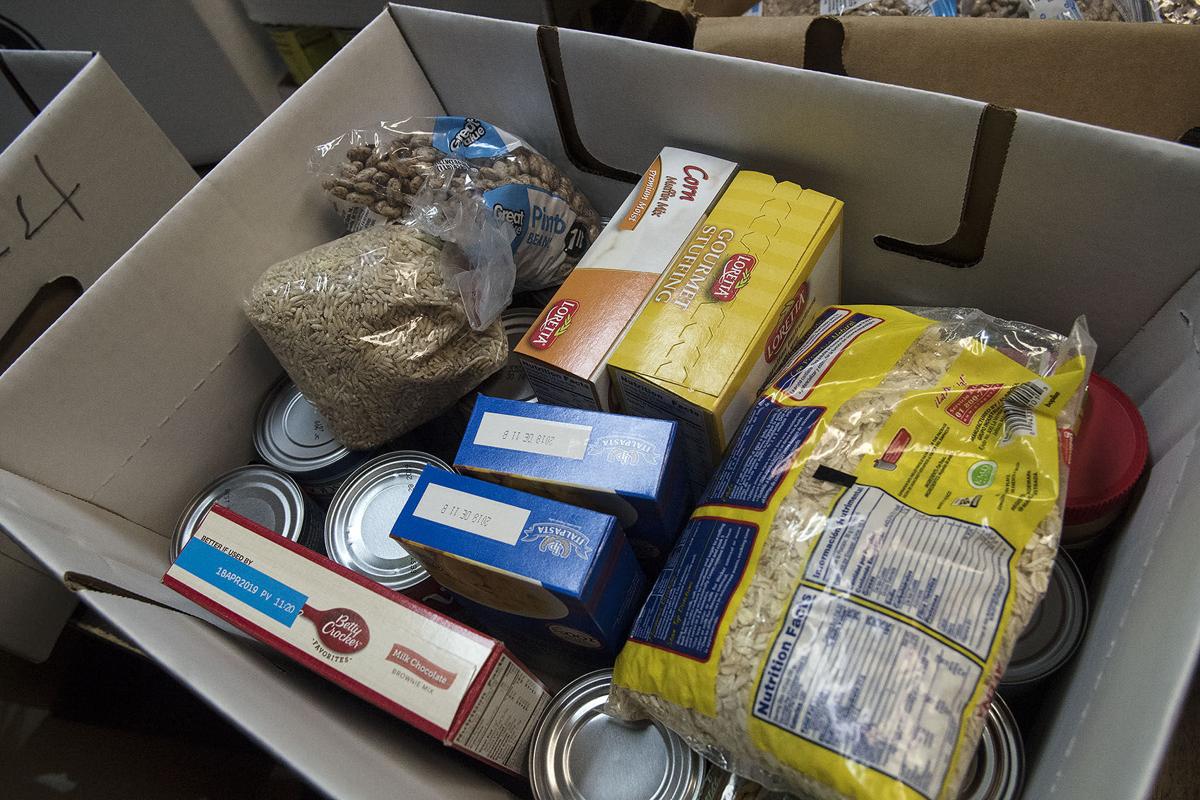 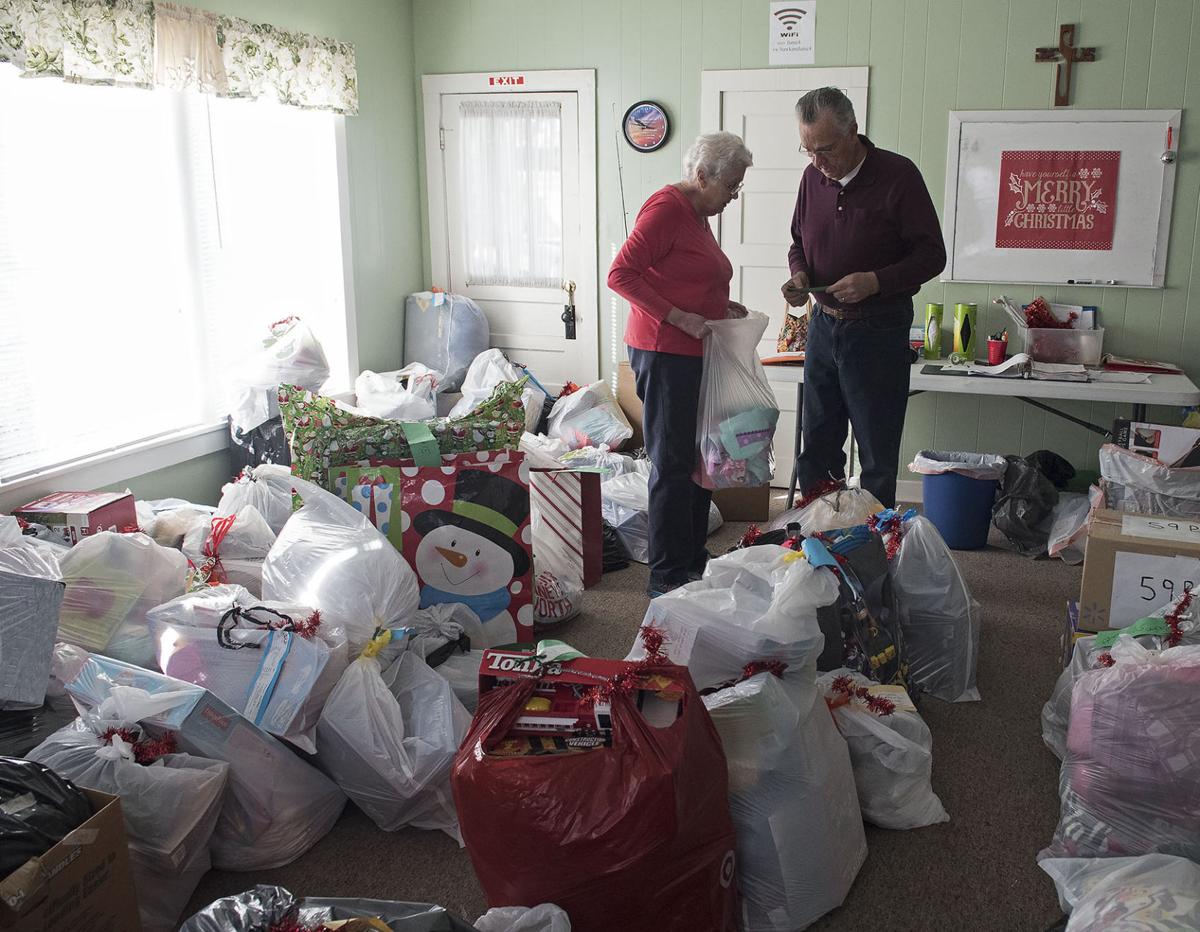 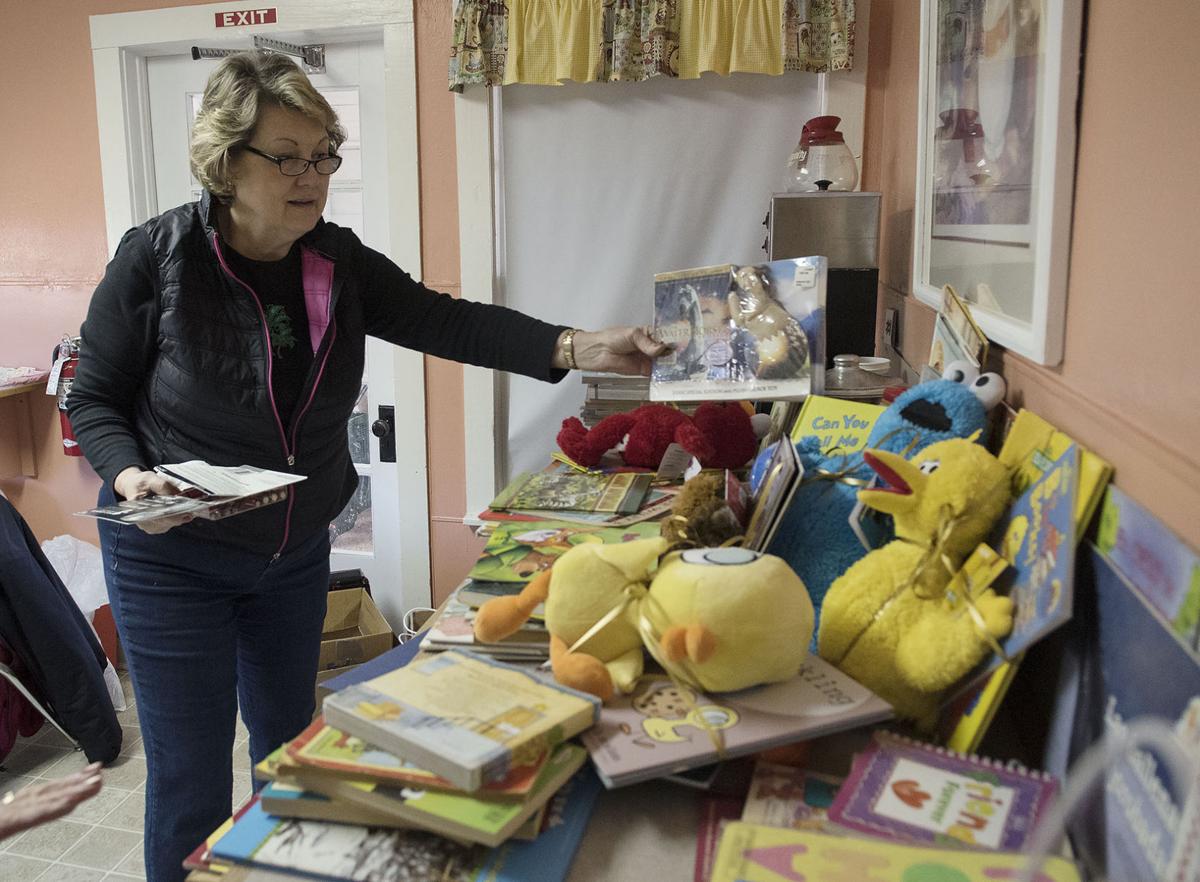 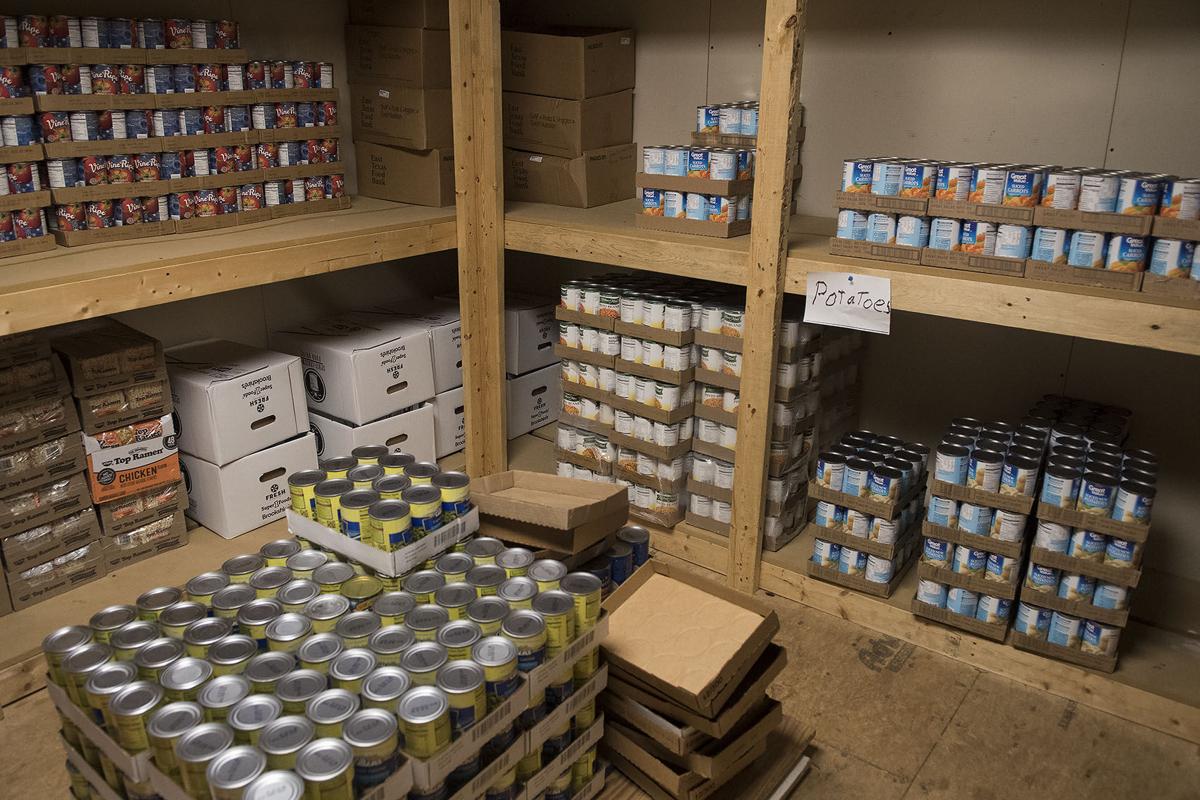 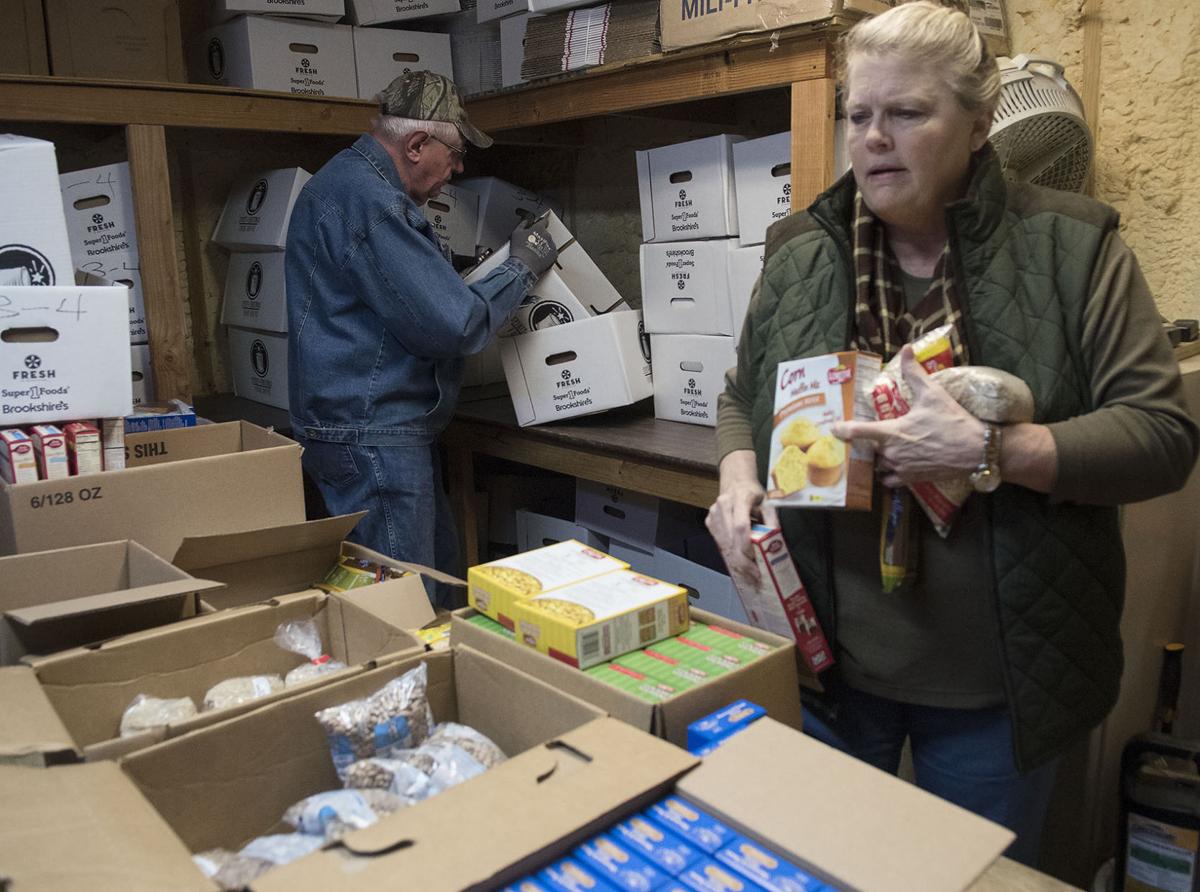 Donated toys are sorted on a table before being placed inside Christmas gift packages for needy families in the Angel Tree program on Wednesday Dec. 13, 2017. Hawkins Helping Hands, a community based ministry that helps people make ends meet, is celebrating its 30th year. (Sarah A. Miller/Tyler Morning Telegraph)

Working alongside wife Susan, he sorted through children’s clothing in search of a warm coat for a little girl and organized a room brimming with bicycles to make room for more.

The intended, qualified recipients may be strangers to the couple, but for him and other like-minded volunteers, every wish granted translates into smiles and relief for families in need.

“I really enjoy it,” he said. “It just makes you feel good to help.”

Armstrong is a familiar presence at Hawkins Helping Hands, an all-volunteer, community-based ministry that strives to make a difference in the lives of needy families.

He serves as chairman of the board for the nonprofit, now in its 30th year, and works all year to help support qualified families who reside within the Hawkins Independent School District.

There’s no indication the organization, which feeds several hundred people a month, will see a slow-down anytime soon.

Longtime executive director and local pastor Jeff Karlson said the need for services seems to grow each year and mushroom as the holidays approach.

“This is Christmas for them,” said Karlson, who helped launch the ministry. “These families have no money for Christmas gifts … it’s very gratifying to help them.”

The community-supported ministry, 320 Front St., Hawkins, utilizes a multi-tiered approach to address needs that linger well beyond the holidays.

Throughout the year, it collects donated clothing, household items and other goods to sell in its thrift store.

Volunteers come from all faiths, races and socio-economic backgrounds to support operations, which launched in 1987 by the Hawkins Ministerial Alliance.

Preparations for the holidays start months earlier, even before spring daffodils come into bloom.

Karlson said as donations arrive throughout the year, new items are separated and stored for use as eventual holiday gifts.

Area churches also pitch in, displaying angel trees ahead of the holiday to help fulfill wish lists of qualified families, and those efforts are supplemented also by United States Marine Corps Reserve Toys for Tots program.

One local knitter even donated a box of handcrafted hats to help keep youngsters warm in frigid weather.

“This is the first year all the angels were taken by the community,” Karlson said. “We’re very grateful.”

“This is like the war room,” Mrs. Armstrong said during a tour of “donation central.” “There are 69 families represented, with 154 children. We have one family with nine children … a lot of grandparents are raising grandchildren.”

Children always seem to ask for a new toy for Christmas, but this program skips electronic gadgets and concentrates in lieu of necessities and more conventional toys and reading books, she said.

Ahead of distribution day, volunteers in the pantry area scrambled to sort and pack more than 160 boxes of holiday food.

Throughout the year, the nonprofit distributes roughly 100 boxes of food a month, which feeds about 450 people.

Recipients must meet the federal guidelines to qualify, officials said.

“We’ve seen an increase this year since Hurricane Harvey,” said volunteer Marjorie Kuehl, who orders food from the food bank. “After that disaster, we’ve had new families sign up daily.”

The group’s ability to keep up with demand is due largely to community support of the Hawkins Helping Hands thrift shop, a go-to for bargain hunters.

Strong sales and donations enabled the organization to expand over the years from a few rooms to several buildings, Karlson said, noting also the recent construction of a new 2,000 square-foot building and purchase of two passenger vans.

Longtime volunteer Kathleen Harper of Hawkins oversees one portion of the thrift shop, aided by a steady supply of helpers, including Stella Jackson and Sherry Jones, both of Red Springs.

“It’s been pretty good this year,” Ms. Harper said. “A lot of people have been coming in wanting toys, bed linens, blankets … it’s getting cold.”

Ms. Harper said she enjoys volunteering because it gives her a chance to help the community and do a little socializing with visitors who routinely drive from Big Sandy, Tyler and even Grand Saline to shop.

Ms. Jackson said she enjoys helping others and browsing for bargains, prompting good-humored agreement from Ms. Jones, who teased, “I’m usually on time.”

Karlson said without the lively mix of volunteers, donors and people willing to help make a difference, there would be no ministry.