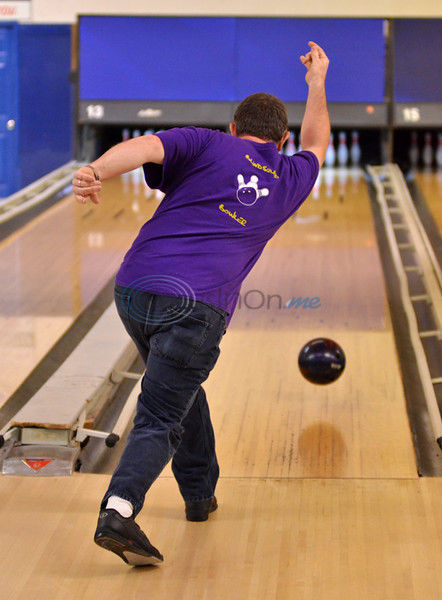 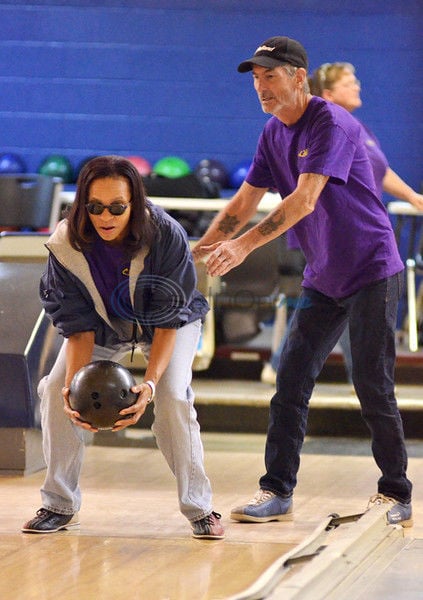 Cathy Hooper lines up in the lane with the help of Kevin Summer on Saturday afternoon during a Blind Squad team bowling session at Green Acres Bowl. (Victor Texcucano/Staff) 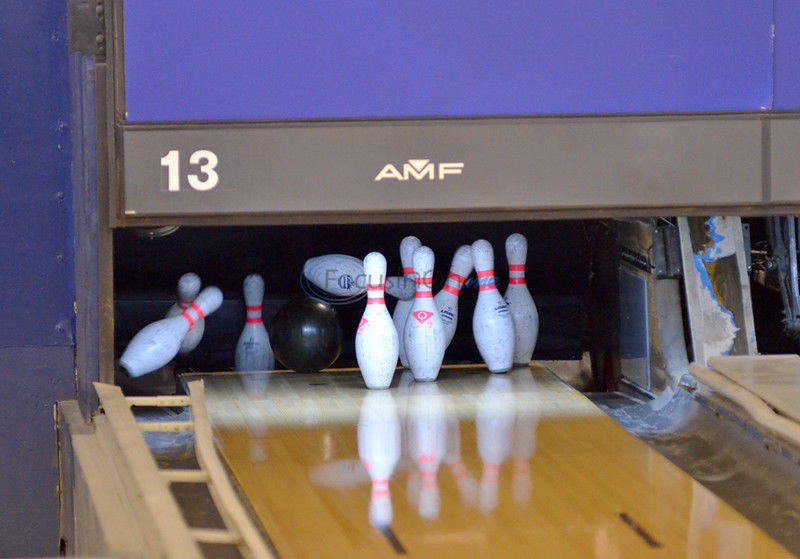 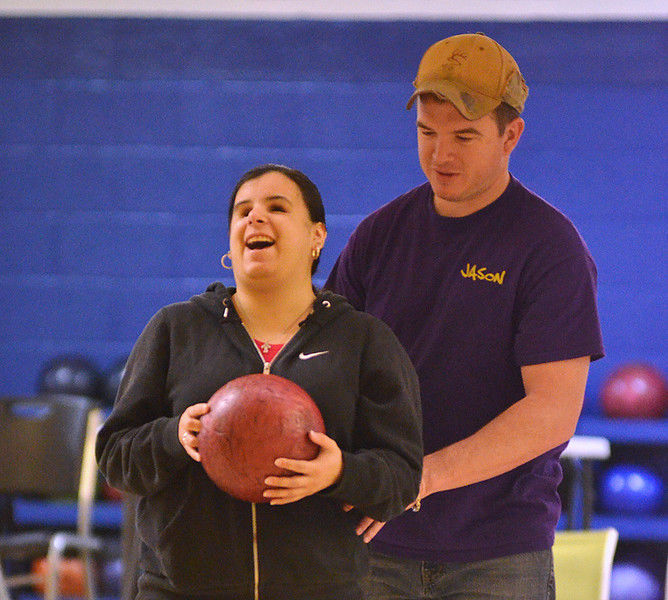 Ina Aratega readies to pick up a spare with the help of Jason Toole. (Victor Texcucano/Staff)

Cathy Hooper lines up in the lane with the help of Kevin Summer on Saturday afternoon during a Blind Squad team bowling session at Green Acres Bowl. (Victor Texcucano/Staff)

Ina Aratega readies to pick up a spare with the help of Jason Toole. (Victor Texcucano/Staff)

Every competitive bowler seeks perfection. A 300 — which requires 12 straight strikes in a game - is the goal for bowler Steve Austin every time he laces up his shoes.

Austin, 51, has bowled for more than 30 years. His top score is 226, and his average hovers between 160 and 180. But because of astigmatism, with which he was diagnosed at age 4, and 20/200 vision, the 10-pin set looks like a clump of white, and single or small groups of pins are hard to distinguish.

Friends got Austin into bowling after seeking competitive games in which he could participate. He's tried other games, such as softball for the visually impaired, but found bowling to be an all-weather sport that is easier on his body.

The sounds of bowling balls barreling down lanes and crashing through pins echoes throughout Green Acres Bowling Lanes as members of the Blind Squad, an eight-person of team of legally blind bowlers, with limited to no vision, take turns on a lane.

Some bowlers are led to their position by a "guide," who lines them up and directs their aim, while others, like Austin, move toward the line with quickened steps and fling the ball toward the pins.

The Blind Squad, the only blind bowling team in Texas, was founded two years ago by group of visually impaired friends and co-workers, who wanted a chance to gather, get out of their comfort zone and compete.

The team has traveled to Reno, Nev., to compete in a national competition that draws teams from all over the country. They hope to compete in Nashville in 2014.

Saturday games are for practice, fun and logging the 21 games necessary to set their averages in preparation for the 2014 tournament.

"It's an adventure," she said. "Five days in a strange city with a team of blind people can be interesting, but it's always fun. They enjoy it so much. It's a great experience for everyone."

Cathy Hooper competed in Reno with the team. She is totally blind and led by a guide each time she bowls. For Ms. Hooper, bowling is a chance to mix and mingle and be part of a team. She said team members encourage each other and inspires people each time they play.

"Sometimes you've got to make up your mind to leave the house and live a little," she said. "I get a lot of gutter balls, but I laugh at myself and keep going."

Phillip Traylor said it's easy to stick to a routine as a blind person. The familiar feels safe, he said.

"People may be afraid that others will look at them differently but it's something to do to get out of the house," he said.

Traylor said the Blind Squad is always looking for new recruits to bowl and sponsors to help pay travel expenses for the annual tournament. They team pays its own way by raising money in various ways.

Jason Toole, 32, has been bowling for four years. His first try netted a score of 33. But now he's working on his "curve," spinning the ball to get more power and action from the pins when they are struck. He likes challenge and competing against others.

Toole said bowling is all about challenging himself to live as normal a life as possible. He's taken a perfect game into the sixth frame before but continues to seek the elusive 300. In the meantime, Toole said,

"We take on all challengers."

Know of an inspiring YES!-worthy story? Give us a tip at yes@tylerpaper.com.