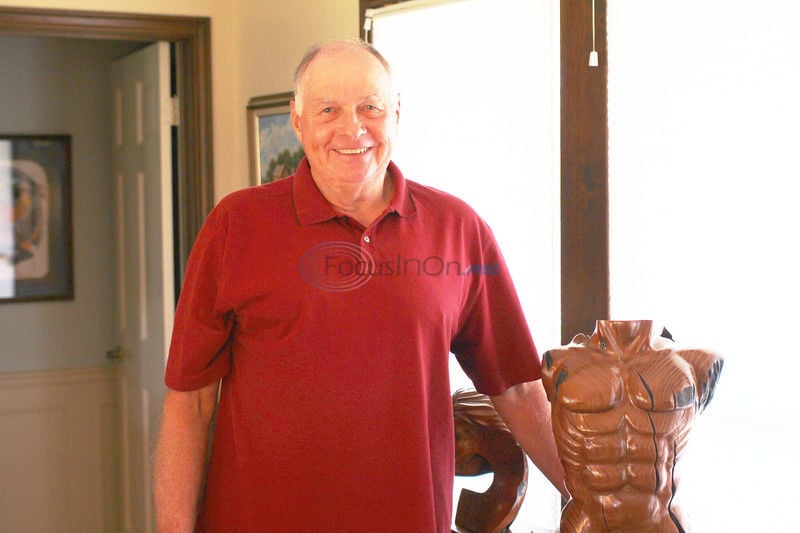 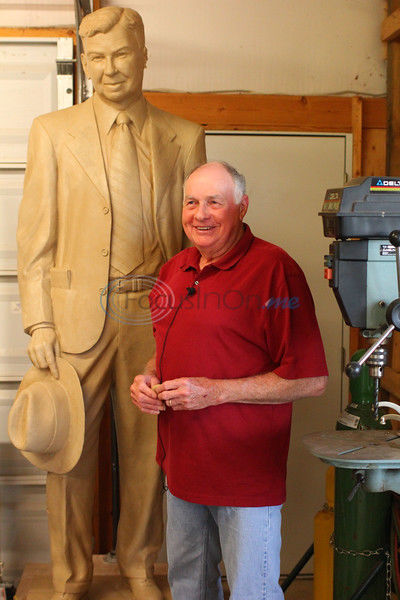 Jim Day stands with the clay preliminary version of the R.W. Fair statue that he helped his wife Cherry sculpt at Day Sculpture Studio in Whitehouse on Tuesday, March 17, 2015. (Cory McCoy/Staff) 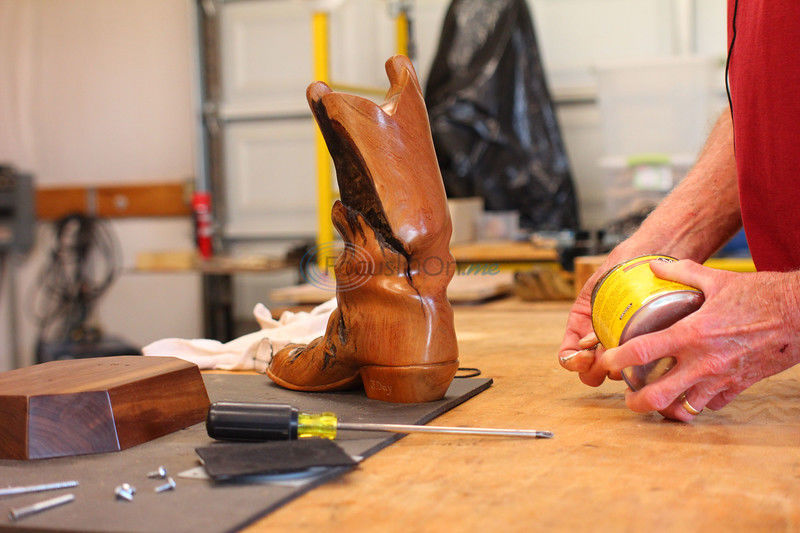 Jim Day describes the finishing process for his woodcarvings at Day Sculpture Studio in Whitehouse on Tuesday, March 17, 2015. (Cory McCoy/Staff) 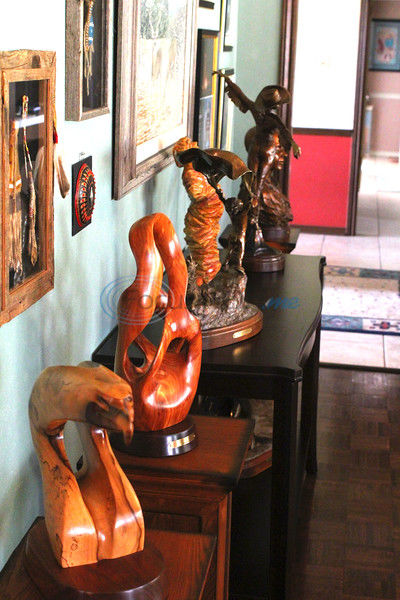 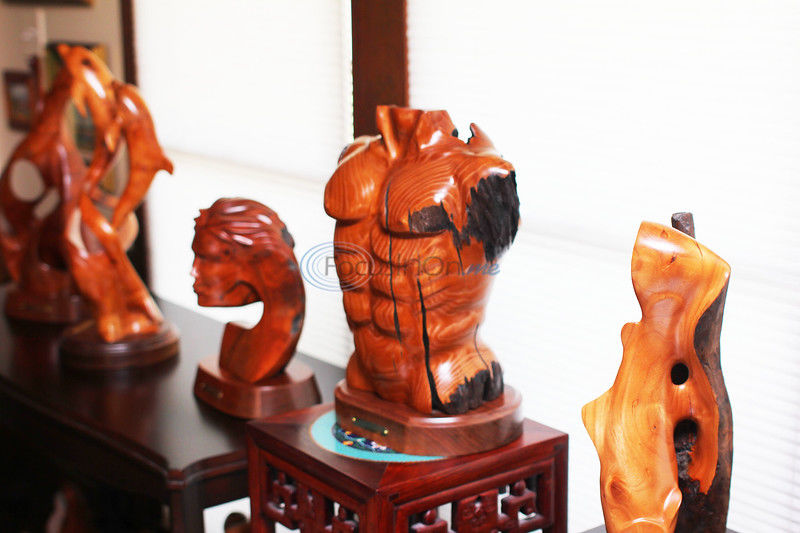 Jim Day stands with the clay preliminary version of the R.W. Fair statue that he helped his wife Cherry sculpt at Day Sculpture Studio in Whitehouse on Tuesday, March 17, 2015. (Cory McCoy/Staff)

Jim Day describes the finishing process for his woodcarvings at Day Sculpture Studio in Whitehouse on Tuesday, March 17, 2015. (Cory McCoy/Staff)

"Every day, I wake up and I can just do anything I want to do," 71-year-old Jim Day, of Whitehouse, said. "I recommend retirement."

Day is a retired psychology professor who taught at Texas Woman's University. He also met his wife Cherry, 67, a sculptor, at TWU.

The accomplishment Jim said he is proudest of — in his 28-year teaching career — was guiding more than 120 graduate students.

Content in retirement, Day has taken to found-hardwood carving. Day was an avid traveler and backpacker, and in his travels he noticed an attraction to that particular style of carving.

However, it wasn't until he met one of his idols, Charlie Boren, in 1998 that he said he decided to take the leap and try his own hand at woodcarving.

In 2001, Jim and Cherry married. About that time, Cherry, a former magazine editor, decided to turn her sculpting hobby into a job. The couple soon opened their own studio, Day Sculpture Studios, where they each could follow their passion. Their living room walls are lined with sculptures and carvings, their workshop is filled with every tool imaginable and projects in various stages of finish.

"I'm probably about the happiest when I'm wandering around some desert arroyo, or canyon, by myself," Day said.

Although he retired, Day still enjoys doing research, calling himself an "amateur historian."

In 2005, when a World War II memorial by Garland Weeks was unveiled at Camp Fannin, Day began to wonder what other public art works were to be found around Tyler.

After doing some digging, Day was able to catalog more than "80 different, first-class public art works."

"Tyler enjoys a really large, spectacular collection," Day said. "I can't understand why the chamber doesn't get interested. It would be a great draw."

The Days are doing their part to add to that collection, including the statue of R.W. Fair at the parking plaza in downtown named for him. Another recent sculpture of an owl is displayed at the Tyler Public Library.

Jim is quick to stress that Cherry gets top billing on the bronze projects he helps her with. With the door to their workshop open to a view of soft, rolling hills and pastures, it's hard to imagine a better way to spend retirement.