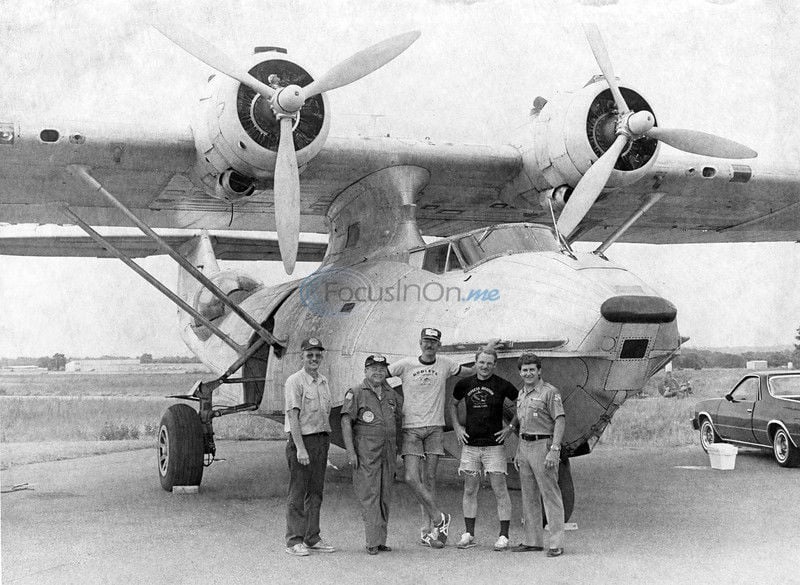 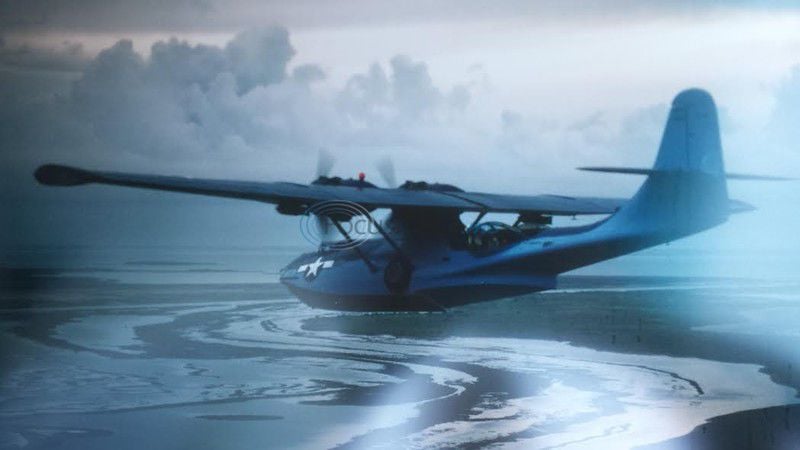 On Oct. 13, 1984, a tragic airplane accident claimed the lives of seven people and became the impetus for creating a memorial in their name — the Historic Aviation Memorial Museum.

The symbol for the museum is a 1945 PBY Catalina, the "flying boat," a World War II Navy patrol bomber that was restored by the Tyler Lone Star Wing of the Confederate Air Force (now Commemorative Air Force) in the early 1980s.

The plane crashed into the shallow water of Laguna Madre with 10 passengers aboard.

The PBY was in Harlingen for the annual Confederate Air Force air show, where hundreds of World War II aircraft were on display and flown.

The plane was about 95 percent restored and had just received a new authentic World War II paintjob before the 1984 airshow, HAMM member Tim Spence said.

Spence, 59, worked on the plane restoration, in which he said many of the victims played a vital role. Some donated money. Some donated time, skill and money.

The PBY and more than 50 Lone Star Wing members made a trip to Harlingen in 1983 after most of the restoration was complete, Spence said. The trip was a "great time," he said.

But it wasn't without its own suspense.

The front landing gear would not lower during the approach in Harlingen, he said. Passengers were moved to the rear of the plane and going over procedures for landing without the nose gear as people with technical knowledge of the plane searched for possible problems, he said.

In the end, it turned out a switch had come loose and a quick fix allowed the plane to land normally.

In 1984, the PBY returned with another group representing the Lone Star Wing.

It was on a photo mission when it crashed. A photographer was on board an AT-6 to take photos for the Confederate Air Force's 1985 calendar and was looking for an action shot befitting the amphibious plane.

The pilot was asked to get close to the water to create a wake to look like the plane was landing or taking off.

Mike Rodriguez, a spokesman for the Confederate Air Force at Harlingen, told a Tyler Morning Telegraph reporter that the plane was flying low in an attempt to "create a wake, to simulate a landing. It came to an abrupt halt and then it flipped over."

The National Transportation Safety Board determined the crash was due to pilot and co-pilot error.

The plane inadvertently touched the water at 105 miles per hour and decelerated violently and broke apart.

Gardner was the flight engineer on the flight and in the conning tower between the wing and the fuselage.

He said he remembered looking out the small window and seeing the water passing by in a blur and then the sound of crumpling metal, "like a tin can," he said. His next memory was being partially submerged in the ocean covered in gasoline and sure he was about to die.

It was dark, but Gardner said he saw a light and decided to swim for it. He doesn't know how but he reached the surface and climbed onto the floating wing.

"I remember thinking, "God, I'm the only one alive," he said.

Hall and Shieldes joined him shortly on the wing. Fishermen were the first to respond to the crash and took the survivors on a 45-minute ride through the bay to waiting ambulances.

Spence had flown back to Tyler because of a death in his family. He said he was shocked when he turned on the 10 o'clock news and saw the victims' bodies lying on the plane's wing covered in blankets.

Spence said not a day goes by that he doesn't think of the crash. He said those who died were patriots, aviation enthusiasts and great people. Gardner said the victims were "great, great people," who loved flying and sharing their passion.

"It was a traumatic experience, and I know it'll bring back bad memories for some," he said.

The memorial museum emerged out of the tragedy.

Both men credited Bob Layton as the driving force behind making the memorial museum a reality.

The HAMM's genesis was the PBY and a hangar proposed to store the newly renovated plane on the east side of Tyler Pounds Regional Airport.

The museum opened to the public in 2002. The library and archives includes hundreds of books, videos and technical manuals related to aircraft and aviation history.