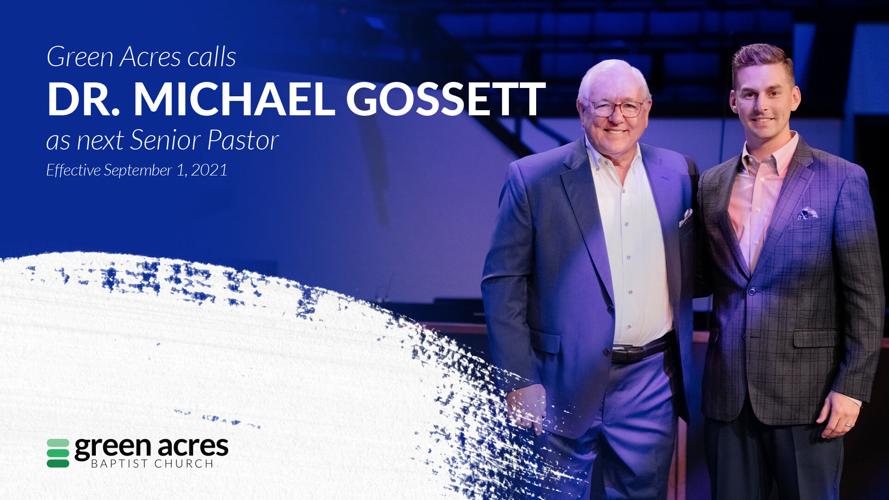 (Pictured right) Dr. Michael Gossett, who has served as the teaching pastor at Green Acres since June 2019, was named the next senior pastor effective Sept. 1. 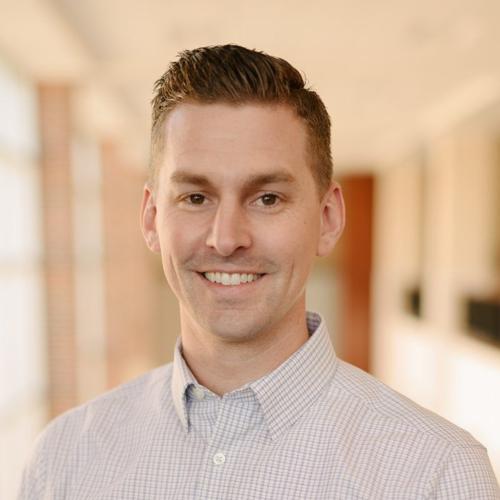 Dr. Michael Gossett, who has served as the teaching pastor at Green Acres since June 2019, was named the next senior pastor effective Sept. 1. He will continue to serve alongside Dykes, who is currently the senior pastor, until he retires on Aug. 31.

The church’s eight-member pastor selection committee, which was elected by the congregation in March, chose Gossett, 33, unanimously. He will be the sixth pastor in the church’s 66-year history.

Local business owner Larry Dixon, who served as chairman of the pastor selection committee, called Gossett an energetic leader with a passion for the Gospel and “transforming lives with the truth of Jesus.”

Gossett and his wife, Katie, have four children, Rylie, Reagan, Rowan, and Lincoln. He grew up in Georgia and had plans out of high school to follow his father and grandfather as a firefighter and emergency medical technician.

He worked at the Hall County Fire Services in Georgia for five years. He had a goal to be the youngest fire captain in Georgia, but while working as a firefighter, he heard God’s call to go into vocational ministry.

He graduated from Liberty University in 2011 with a major in religion and a minor in business. The family moved to Texas in 2012 to pursue graduate studies at Southwestern Theological Seminary in Fort Worth. At Southwestern, he served in several ministry positions at Prestonwood Baptist Church.

Gossett was the campus pastor at New Beginnings Baptist Church in Longview when he was called to be teaching pastor at Green Acres in June 2019. He earned a doctor of ministry degree from Liberty Theological Seminary in May last year.

Dykes announced on Feb. 28 his intention to retire on Aug. 31 after serving as the church’s pastor since March 1991. He is the longest-serving pastor and the first one to retire.

Dykes said it’s been a joy to serve alongside Gossett over the past two years.

“He is a deeply humble and devoted follower of Jesus,” Dykes said. “He has a passion for teaching God’s Word and he possesses an unusual wisdom for someone his age. I believe he is uniquely called and qualified to lead Green Acres into the future. I look forward to being his biggest supporter in the years to come.”

Green Acres Baptist Church has over 17,000 members and the church’s mission is known both locally and internationally.

WHO WE ARE TMT
Win 15K Benjamin
Gift of Journalism