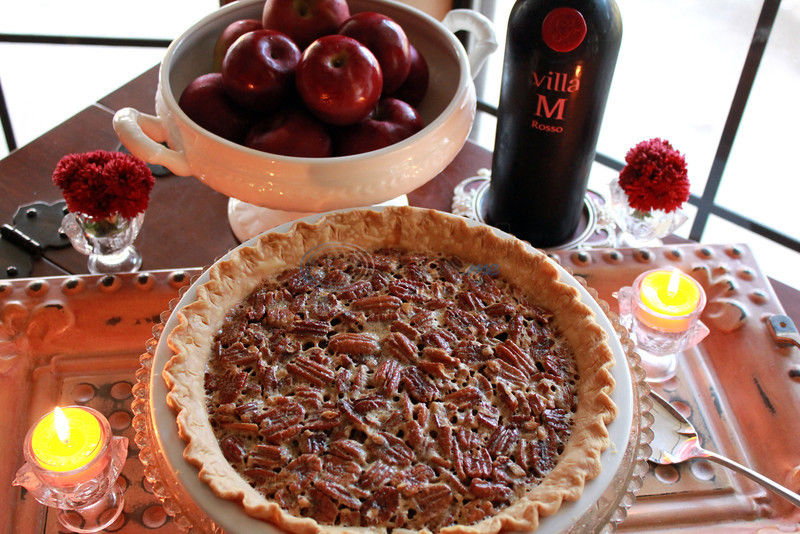 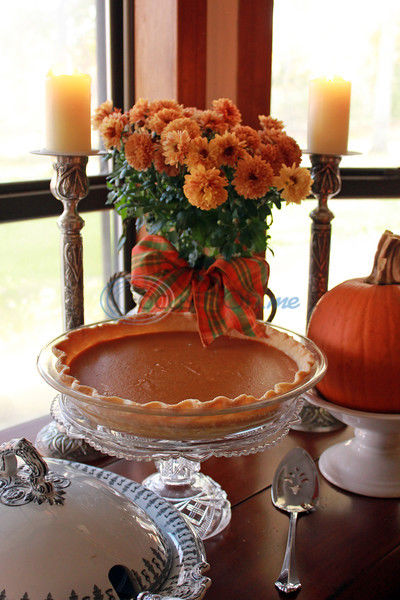 A few weeks ago I unknowingly initiated a spirited debate. I began asking people which Thanksgiving pie was their favorite – pumpkin or pecan? I learned that people feel very strongly about their choice of pie. So much so that mentioning one with the other in the same sentence was almost blasphemy.

We took an unofficial poll on the TylerPaper Facebook page and the overwhelming winner was pecan pie with 65 percent of the votes, and 21 percent going to pumpkin pie. There were also a few votes for apple pie, and those people who can't decide between the two and make both.

My family falls into that category. My mother makes both pies every year, and a majority of people at the table eat a small sliver of both. Personally, I love pecan but when offered both I find myself in a quandary. The warm spicy flavor of pumpkin pie, along with its creamy texture, feels velvety in your mouth. It's also really good for breakfast the day after Thanksgiving.

There were also several votes, but not enough to inch past pumpkin, for sweet potato pie. Many people commented that you weren't a true East Texan unless you ate sweet potato pie on Thanksgiving.

I have to admit, I've never had sweet potato pie. The main reason being, my mother never made one. We all liked pumpkin so much and already had two pies at the meal — why make another?

All debates aside, this is the season for making pies. And with all the pie talk, I also learned some easy pie-making tips. Yesterday, I made a pecan and pumpkin pie using my mother's recipes. Since I can always depend on her to make the pies every year it's been a long time since I made either.

First and foremost, these are very easy, and inexpensive, pies to make. If you've never made pies, try these pies. You will be pleased with the results. Each pie takes about five minutes to mix and then all you have to do is bake.

Here are some other tips that were passed along: Store-bought pie crust is okay to use: In the refrigerator section of the grocery store – near the cans of biscuits, rolls and Pillsbury products — you can get a box with two pie crusts. Store in the refrigerator until ready to use, and then unroll one of the crusts and press into your pie plate. These crusts are flaky and tender.

Secret freeze: I used to have problems with the edges of my crust shrinking or falling into the plate or puffing, even when I pricked the sides. A chef shared a little secret with me. Still prick the bottom and sides in several places, but before baking, place the unfilled pie in the freezer for five minutes. I haven't had that problem, especially when blind baking, since receiving that advice.

Special sheet pan: I always try to cook my pies on a sheet pan so they are easier to remove from the oven. I can't tell you how many times I have broken a crust with an oversized oven mitt while removing a pie from the oven. But the problem with using a sheet pan is you run the risk of having a raw or soggy crust on the bottom of your pie. My mother had a round sheet pan with a hole in the middle that she used for baking pies. She never blind-baked her crust and because of that pan, they were always cooked through. These pans are available online or in kitchen stores. I found one in the cooking store at the outlet mall in Terrell. There are also perforated sheet pans that look similar to a wire lattice that also work.

Don't depend on the recipe: Because of differences in ovens and the depth of pie shells, don't assume your pie will take 45 minutes to cook if that's what the recipe said as a cook time. Set your timer for 30 minutes and then check the progress. Check again every ten minutes. If your crust is getting too dark and your filling is still liquid, get a large square of foil and cut a circle out of the middle. Place it over the pie to cover the edges.

Add more vanilla: My hairdresser told me one year she used someone else's pecan pie recipe rather than the one she'd made for years. This recipe called for extra vanilla so she decided to add even more and see what happened. She added almost three tablespoons of vanilla and everyone raved that it was the best pecan pie ever. She also advises making your own crust with Crisco, not butter, and very cold ice water. All the other suggestions for vinegar, vodka or whatever else aren't as good as the ice water.

Enjoy every bite: No matter your pie of choice, savor every bite. It's a wonderful sweet tradition that you probably taste only once a year. It's wonderful to have a choice between the two and is a sweet moment of Thanksgiving after a great time around the table.

1 can sweetened condensed milk (14 ounce can)

Unroll the crust and gently press into a pie plate. Form the edges with the back of a fork or by pinching the edges with two fingers. Prick the sides and bottom of the crust with a fork and place in the refrigerator while preparing the filling. Using a spatula, stir together all remaining ingredients in a mixing bowl. Pour into the prepared crust. Bake at 375 degrees for 50 minutes or until a toothpick comes out clean.

Unroll the crust and gently press into a pie plate. Form the edges with the back of a fork or by pinching the edges with two fingers. Prick the sides and bottom of the crust with a fork and place in the refrigerator while preparing the filling. In a mixing bowl, combine eggs, sugar, corn syrup, butter, salt and vanilla and beat lightly. Add pecans and pour into prepared crust. Bake for 45 minutes at 375 degrees. If using a deep pie plate cooking time may need to be extended in 5 minute increments. Cook until a knife comes out sticky, but dry and the filling no longer moves.