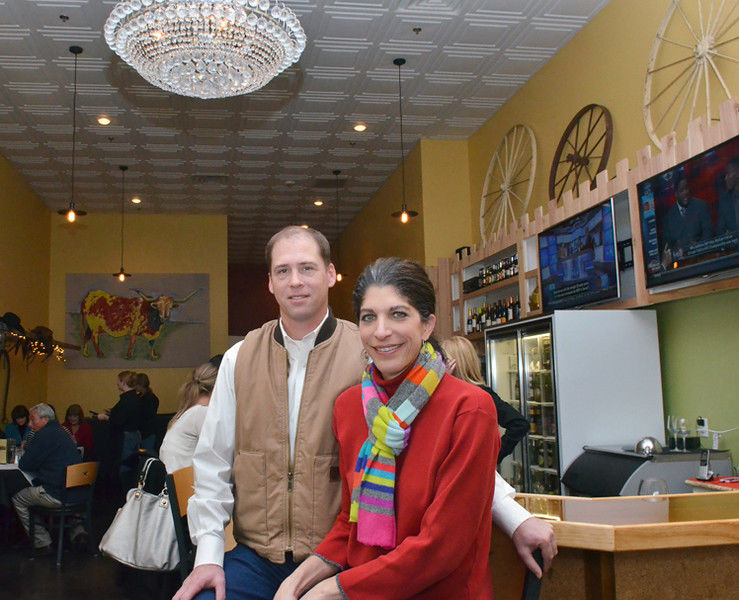 Chris and Sam Smith have blended their cooking styles to offer a unique menu at their new eatery, Chris & Sam’s Bar & Grill, in The Market at the Crossing shopping center off Old Jacksonville Highway. (Victor Texcucano/Staff) 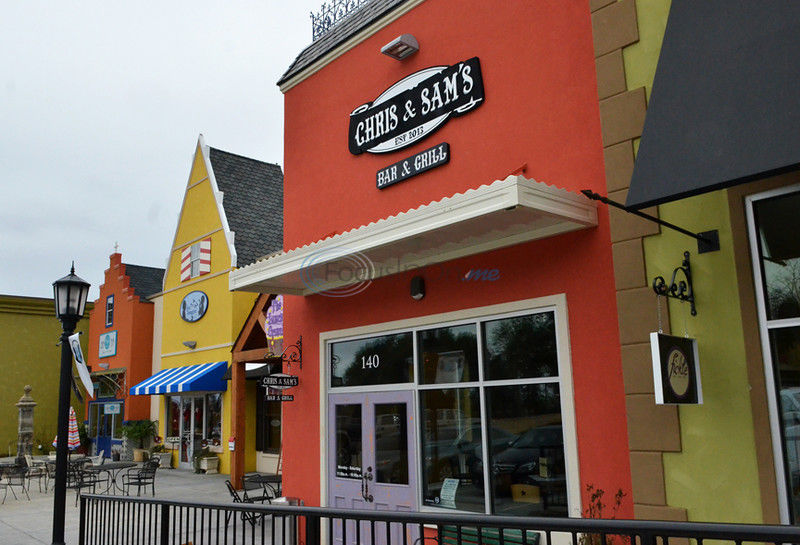 Chris & Sam’s Bar & Grill recently opened in the The Market at the Crossing shopping center near to FRESH by Brookshire's. (Victor Texcucano/Staff) 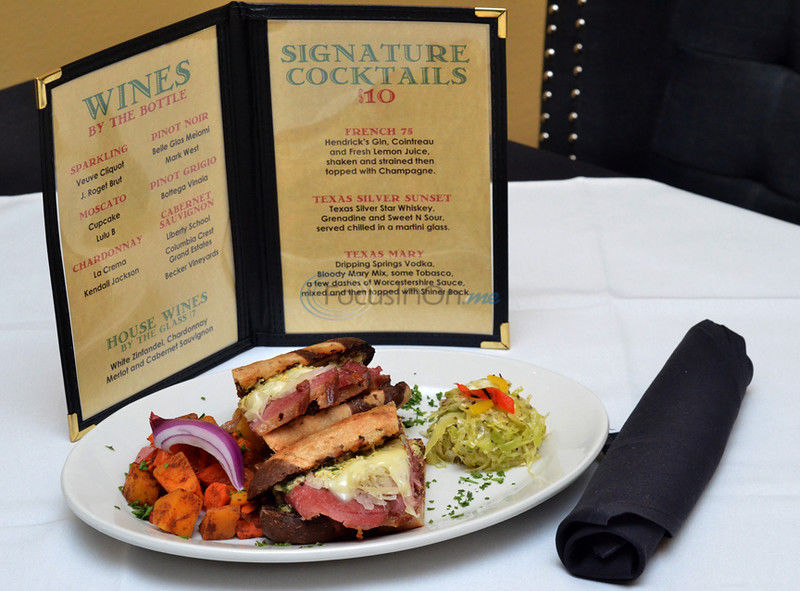 Chris and Sam Smith have blended their cooking styles to offer a unique menu at their new eatery, Chris & Sam’s Bar & Grill, in The Market at the Crossing shopping center off Old Jacksonville Highway. (Victor Texcucano/Staff)

Chris & Sam’s Bar & Grill recently opened in the The Market at the Crossing shopping center near to FRESH by Brookshire's. (Victor Texcucano/Staff)

Chris and Sam Smith have blended their cooking styles to offer a unique menu.

Chris & Sam's Bar & Grill, in The Market at the Crossing shopping center off Old Jacksonville Highway, is an eclectic mix of Smith's cooking outside the box and Mrs. Smith's family heritage of homemade Lebanese cuisine.

Mrs. Smith, 43, grew up in Tyler and earned an advertising and public relations degree from Stephens College in Missouri but decided the restaurant business was calling her name. She has worked as a food and beverage manager at country clubs and general manager for privately owned and corporate restaurants.

Both of her grandfathers migrated from Lebanon in the 1920s. Her heritage has played a large part in her cooking.

Mrs. Smith learned to cook from her mother at an early age. She said there is a lot of methods and labor involved with Lebanese cooking, and the food consists of a lot of herbs, such as mint, parsley and cracked wheat, and incorporates a lot of olive oil with beef or lamb. "Most of it is made (with ingredients) from the land," she said.

The Sam's Burger uses special Lebanese herbs and spices and is one of the restaurant's most popular dishes, Mrs. Smith said.

"It's flying off the menu," she said.

They also serve hummus, naan, Lebanese green beans, cabbage salad and tabouli, which is cracked wheat salad. She said there will be more to come on the Middle Eastern side of the menu as they test and train. So far, the reception to the food has been great.

Mrs. Smith said there is a large Lebanese community in Tyler, but they also want to introduce the food to those who have never tried it.

"Tyler wants something new to taste," she said, adding that there are also a lot of people who move here from larger cities that serve Middle Eastern cuisine.

Lebanese dishes are extremely hearty but healthy. They also have dishes for those who like "meat and potatoes" so everybody is happy, she said.

"I kind of think it's the best of both worlds," she said.

Smith, 43, also has worked in restaurants and has been a landman for eight years.

He was raised mostly in San Antonio and San Angelo, and his parents moved to Tyler after he graduated from high school. He began teaching tennis when he was 15 and was working as a tennis pro in San Antonio when he learned about Tyler Junior College's tennis tech program. While living here for a couple of years, he met his wife in a restaurant and they moved away for 10 years before returning to Tyler. They have been married for 19 years and have a 9-year-old daughter and 3-year-old son.

While Smith was a tennis pro, he worked night jobs waiting tables, bartending and managing restaurants.

Smith said his grandmother is Cajun, and she taught him how to make gumbo and other dishes, while his mother was also a great cook. But he said hunger was his greatest motivator for learning how to cook. Living on his own as a bachelor without his mother around, he experimented a lot in the kitchen, especially with meats.

He said coming up with recipes gives him an opportunity to show his artistic side, comparing it to throwing paint on a canvas.

"I like to make sure to put out the best that can be put out" on the table, Smith said.

Mrs. Smith said her husband specializes in meat, putting a twist on dishes to make them the best they can be. For instance, after brining the corned beef for 10 days, he smokes it instead of bakes it. He also makes his own sausage, adding spices and letting it cure before stuffing and smoking it.

"I try to think outside the box and put things together most people wouldn't think to put together," Smith said. "We like to surprise people with flavors."

The couple owned Stanley's Famous Pit Barbecue, buying it from the original owner in 2000 and selling it six years later.

Smith said that after they sold Stanley's, they planned to open another restaurant. After deciding on Chris & Sam's, they picked the space in The Market at The Crossing, next to FRESH by Brookshire's, because it's a great part of town and because of its growth potential, Smith said.

"We want to be perceived as a neighborhood restaurant," he said, adding that they are centrally located between several large developing neighborhoods off Old Jacksonville Highway.

Mrs. Smith said they put a lot of thought into their food, but at the same time, they keep it simple. Although they have a small menu, they make sure what they serve is outstanding, she added.

"Simplicity is good; the quality of food is gigantic," she said.

They also plan to add a lot of blackboard specials offering seasonal items, as well as catering services and a full bar. They have about 15 employees.