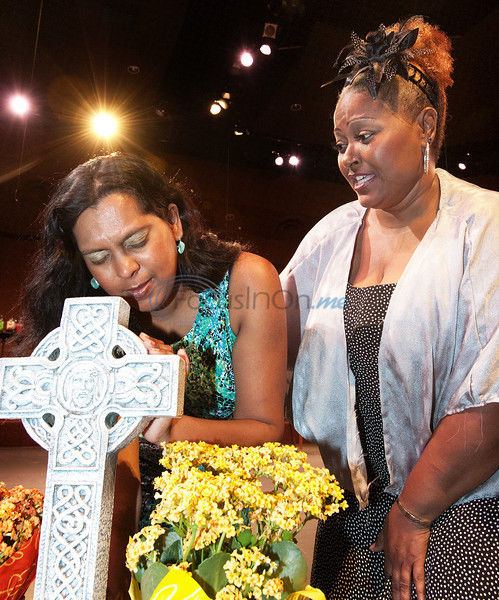 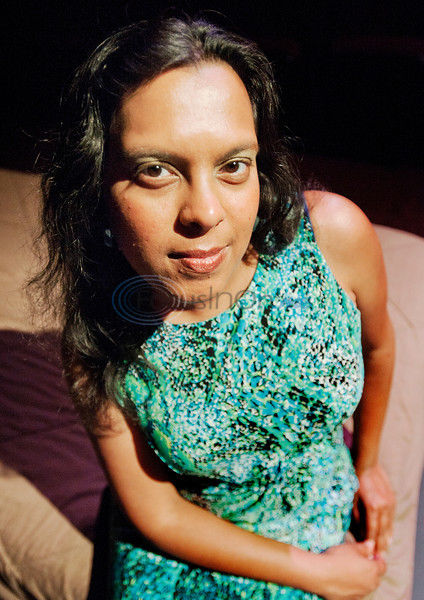 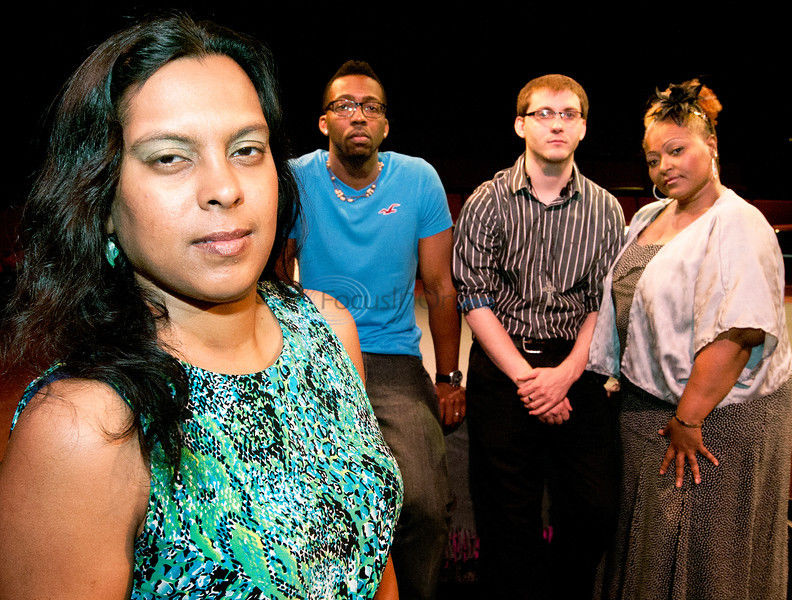 Tanna Barrett-Page and some of the cast of "Hope Unchained." From left: Brandon Tillman, Austin Sudduth and Sharon Wilson. Herb Nygren Jr / Saff

Tanna Barrett-Page and some of the cast of "Hope Unchained." From left: Brandon Tillman, Austin Sudduth and Sharon Wilson. Herb Nygren Jr / Saff

On Thursday night, Tanna Barrett-Page, 33, stepped out of the shadows — literally and figuratively. She was on stage at the Tyler Civic Center playing herself in a play that shares her journey following being sexually assaulted.

The mother of three wrote the play, which was hosted by the East Texas Crisis Center, and marks Sexual Assault Awareness Month. April is also the month in which the sexual assault against Ms. Barrett-Page occurred.

Through the years, Ms. Barrett-Page kept journals, racking up nearly 40.

During her counseling sessions at the crisis center, she was encouraged to reframe April — the month that cast doom on her — into a more positive light.

Counselors asked her to produce a play, so she wrote out a screenplay in three days.

After several drafts and edits, it's ready to be shown again today at Crossroads Community Church.

She said the play helped her to shine a light on lies brought on by shame and guilt. Among the lies she said victims inadvertently believe is that they brought an assault on themselves by their behavior or style of dress. She also wants to shine a light on how society views sexual assault.

"Society as a whole has pulled away from the word ‘rape,'" Ms. Barrett-Page said. "It's harsh. It's cruel. It's not a pretty word. We've been able to wrap it in a nice packaged word: ‘assault.' It's distance. Saying the word ‘assault' versus the word ‘rape,' (there's ) just a weight to it."

It happened in April 12 years ago. A self-described sheltered 21-year-old, Ms. Barrett-Page was raised in a Christian home. While at Lubbock Christian College, she was a chaplain intern.

But she had a curiosity about life. She wanted to become more social and have new experiences. One night she agreed to be the designated driver for some friends at a party off campus.

While at the party, she met a guy who she said presented himself as the "boy next door." They both drank sodas as he also was his friends' designated driver. She'd later figure out that a drug was placed in her drink. After feeling weak, lightheaded and dizzy, she went outside for fresh air.

He kissed her and she welcomed it. However, she thought it would stop there. By now, she was overwhelmed by what was in her drink.

"He said to someone else, ‘you have to do this if you want in,'" Ms. Barrett-Page recalled. "It was definitely an initiation of some sort."

After the rape, she kept the incident a secret for years. She said she completely shut down because of overwhelming feelings of shame, guilt and fear. In addition, she learned she was pregnant. However, she miscarried the baby.

"Here I was supposed to be God's representation and the shame that was on me, how can I help anybody? So, I needed to wear a mask and make sure everyone knows I'm OK. "

The rape changed how she viewed her surroundings, getting anxious when she saw cars or people behind her. It would evoke panic attacks.

She finally told her parents in 2005, after she had her first child.

"My determination was to take this to the grave with me," she said.

She moved to Tyler in 2010 and two years ago, began rehashing bits and pieces of the horrific event at the East Texas Crisis Center. At that point, she said she was tired of hiding from her past.

Ms. Barrett-Page has passed the statute of limitation to report the crime. In Texas, it has to be reported within 10 years.

THEY ALL CAME TOGETHER

Tillman, 32, plays a community advocate who helps Ms. Barrett-Page's character, Tami. A manager at a local Office Depot, Tillman's dream had been to write scripts for movies and plays. He learned of the event through Facebook.

Although shy and not a fan of public speaking, he found himself acting opposite of Ms. Barrett-Page in a critical role.

"The first thing I said was I don't know why I'm sitting in front of you now," he said.

But Ms. Barrett-Page believes Tillman was there for a reason. She explained to him that he was an answered prayer. He's impressed that Ms. Barrett-Page was able to produce the play and be transparent about her experiences.

"It's very good to see her like that knowing where she had been," he said.

Sharon Wilson, 52, plays Love, representing the love needed to get through life's biggest challenges. Ms. Barrett-Page's story hits close to home for her.

At 18, Ms. Wilson was the victim of an attempted sexual assault. She was beaten and had her clothes ripped off. She was able to fight back and get away from the 36-year-old attacker, but physical and emotional scars of that event remain today.

"It brought it all back," she said of the play. "It made me go back to the point when it happened and how I felt. I still remember everything like it was yesterday."

Her experience also changed the way she viewed the world.

"It took a while because I was getting ready to start college," she said. "I didn't want to date at all. I just didn't want no man talking to me or touching me."

Austin Sudduth, 22, who portrays the attacker, said it took him a while to fully understand the severity of what happened to Ms. Barrett-Page.

"Even though my part is not a long part — I'm only in the part for two scenes — I was told this was the critical part of the play," he said. "Everything leads up to this and everything after this derives from this part."

OUT OF THE SHADOWS

According to a National Research Council study, 80 percent of all sexual assaults go unreported. A lot of those women suffer alone. Finding support is a key message in the play. Ms. Barrett-Page found help with a friend during her college years, represented by the character, Josiah, played by Tillman.

Ms. Barrett-Page said friends in Dallas and Houston want her to bring the play to their cities. They, too, want to share her message of hope, healing and forgiveness.

"You can't have one without the other," she said. "It takes healing to find hope. It takes forgiveness to find healing."

Ms. Barrett-Page's religious faith is the thread that held her together when she kept it all a secret.

"It's probably what kept me from completely going to rock bottom," she said.

But even with strong faith, she wants people to know that they don't have to hide from what hurts them.