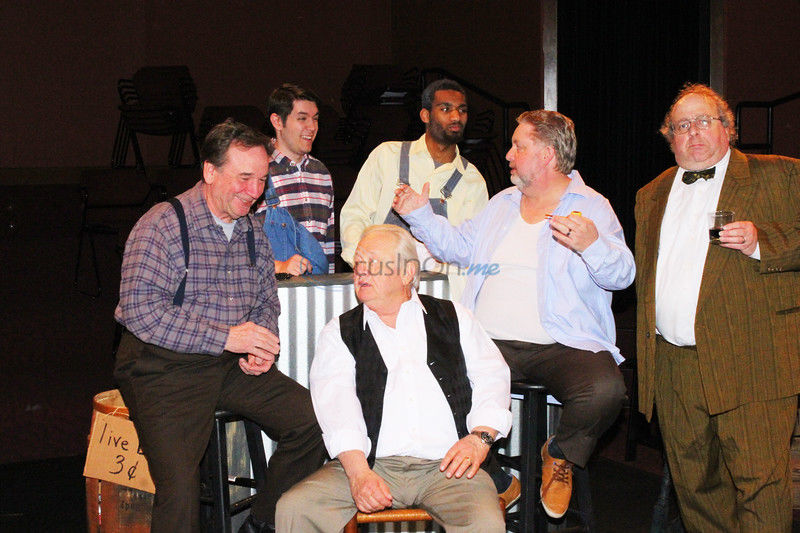 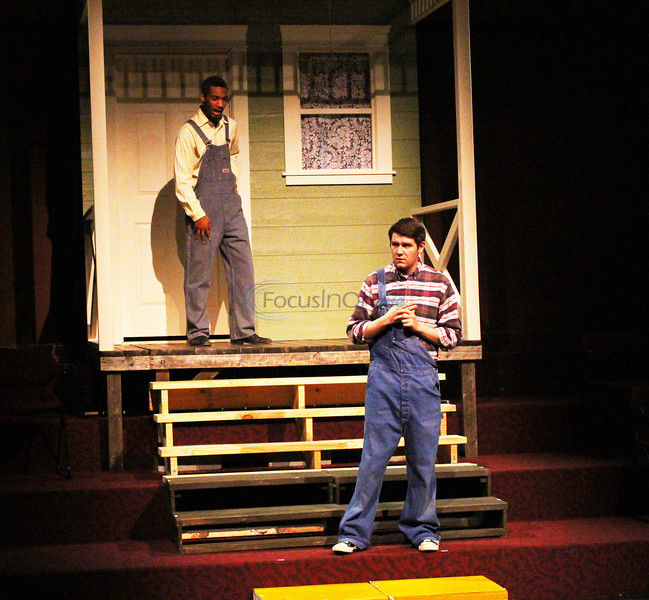 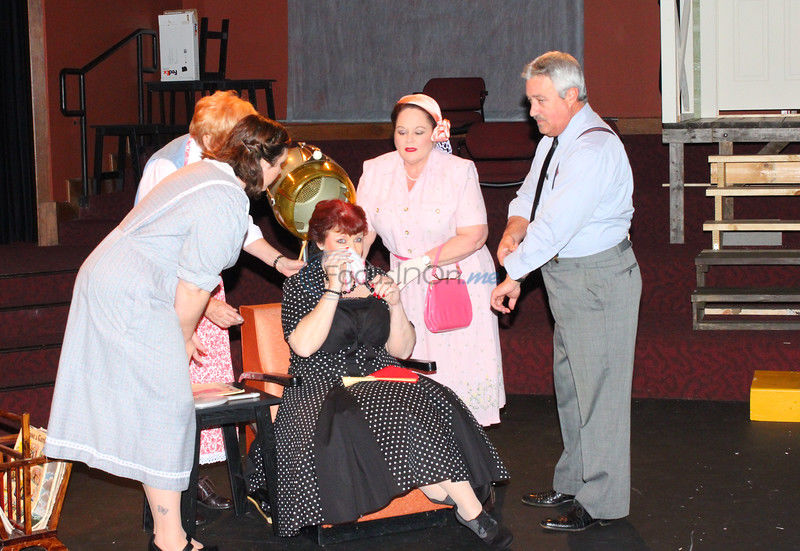 Life never quite got back to normal for residents of Second Samuel, Georgia, after World War II.

Pamela Parker's "Second Samuel" tells the story of B Flat, played by Jeff Bullock, of Lubbock.

B Flat, a "simple boy" as the townsfolk call him, deals with the bigotry and fear he had never encountered before the death of his close friend, Miss Gertrude. B Flat doesn't understand why people treat his best friend, U.S., played by Travis Menefree, differently simply because he's black.

becomes the wedge that nearly drives the entire town apart. The first act examines how each of the residents is handling Miss Gertrude's death. Nearly all are in various stages of grief, but a shocking revelation will soon change that grief into something entirely different.

"He's (B Flat) a little bit slower than the rest of the residents, but he's very perceptive," Bullock said. "He realizes that maybe some of the people that live in the town aren't as idealistic as he is, so he kind of has to guide them back."

"It's a sleepy old town in the '40s, they're dealing with bigotry," Director Fred White said. "You think that's what it's going to be about, but it takes the death of this wonderful little old lady and because of her death, it changes a lot of people's minds about why we love one another. We love one another no matter how different we are."

White believes the message of Second Samuel is still relevant in today's world and immensely important. White first saw "Second Samuel" performed at a competition last year. After the performance, he spoke with Parker and set out to find where he could host a performance of the show.

"I've been canvassing theaters all over the state to do this show," White said. "So I was elated when Tyler Civic Theatre agreed to do it."

White is slated to step into the position of President of the Texas Nonprofit Theatres this month. He is also the director of last summer's "Greater Tuna" at TCT.

Tickets are available online at Tylercivictheatre.com or at the box office. For more information, call 903-592-0561.