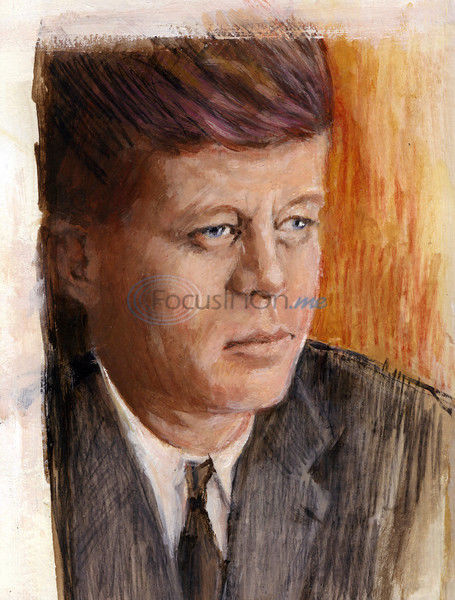 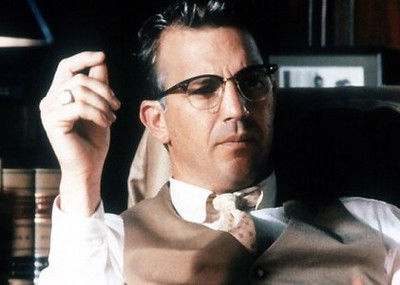 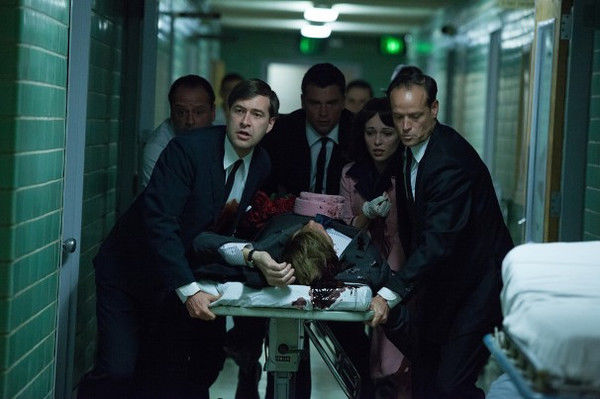 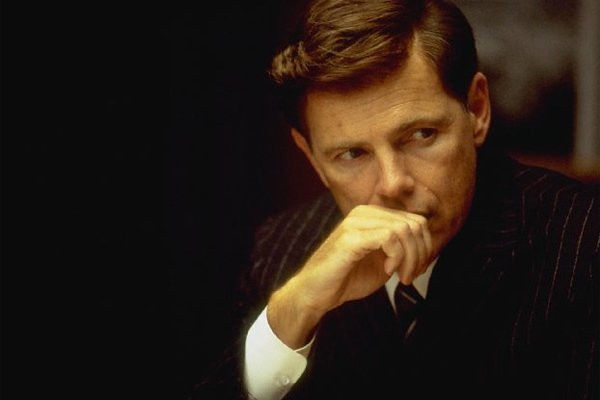 Cinema allows us to cope, to question, to observe, to mourn, to gain perspective. This has rung especially true as I've spent time watching and revisiting films about President John F. Kennedy and the events surrounding his assassination.

There are three films in particular that I'll be writing about here, "Thirteen Days," "Parkland" and Oliver Stone's infamous, conspiracy-driven film, "JFK." What truly struck me throughout these films (especially the latter two), is that Kennedy's death still reverberates, angers, confuses and saddens with a fervor decades after it happened.

Movies such as these can be challenging, too, from an execution standpoint. Sometimes you'll see a director's agenda get in the way of what many consider to be established fact (as with Stone and "JFK"). Sometimes the desire to be accurate and wide-ranging gets in the way of the drama. (See: "Parkland.") It's never an easy task, finding the right balance of factual accuracy and creative embellishment (something that is almost always necessary to make an engaging, entertaining film).

With that in mind, let's take a look at these three very different films and the ways they approach the man and the assassination that rocked the nation.

This is one of the few films out there that focuses both on Kennedy's presidency and has nothing to do with his eventual assassination.

Instead, this focuses entirely on one of the biggest events during Kennedy's term, the Cuban Missile Crisis. The film begins in Oct. 1962 when spy planes observe Soviet Union forces assembling nuclear missile installations in Cuba. What ensues is a race to decide just what course of action to take in preventing those installations from activating.

The film is a very well made piece of historical drama that, even as someone who wasn't even close to being alive during that time, remains every bit as gripping and engaging as though I had lived through it. That said, the film often has some strikes laid against it. Director Roger Donaldson was vocal and public in his boasting about the strict adherence to historical accuracy in his film, a claim that Kennedy's secretary of defense, Robert McNamara (portrayed in the film by Dylan Baker), vehemently argued against. Additionally, the film actually centers more on Kevin Costner's character than it does the president, with Costner's Boston accent making Mayor Quimby from "The Simpsons" sound more authentic with every line reading.

What unfortunately gets lost amid those complaints, though, is the fact that Bruce Greenwood delivers a remarkable performance as John F. Kennedy. Nuanced, largely internalized, thoughtful and yet still representative of the man and the weight of circumstance and action that he carried on his shoulders, Greenwood does well by the legacy of the man. He attempts a New England accent, but thankfully it is restrained and never distracting.

There is always the risk, especially when playing figures so well-known and visible as presidents, of going too far in the way of attempting to imitate that it becomes cartoonish. Greenwood, while he may not look terribly similar to Kennedy, manages to convey the essence of Kennedy without it ever feeling like he's simply trying to do an impersonation.

I admire the ambition of this film.

"Parkland" wants to be many things. It wants to communicate the sense of chaos, helplessness and anger that erupted the day Kennedy was assassinated. It wants to show the way this event emotionally impacted the disparate parties that were involved or witness to this horrible act. It wants to act as a sort of memory book, taking stories and placing them within the context of each other and the greater event that binds them together.

And while it isn't always wholly successful in its mission, it paints an interesting picture of these people in a way that we haven't quite seen before. It covers a multitude of angles, among them Abraham Zapruder (Paul Giamatti), the man who recorded the only known footage of Kennedy's assassination, as he assists Secret Service Agent Forrest Sorrels (Billy Bob Thornton). Also included is the chaos of the operating room as surgeons fran

While all of these stories are interesting in their own right, I was left wishing the film had introduced fewer threads. Giamatti's emotionally wounded work as Zapruder, especially played against the steely resolve of Thornton's Sorrels, made me wish we could get a whole movie just about his side of the story. And I felt the same regarding the absolutely fascinating portrayal by Weaver of Mrs. Oswald, who was convinced her son was a secret agent for the United States government and was framed for the crime (even going so far as he deserved to be buried in Arlington Cemetery alongside Kennedy).

What "Parkland" does an undeniably solid job of, though, is showing the way that Kennedy's death affected everyone, regardless of who they were, what they did or how tangentially they might have been connected to it. This was an event that shook not just lives, but hearts.

It can be difficult to decide how to best approach a film like "JFK."

What sort of balance between accuracy and creative embellishment should a film and filmmaker provide when it comes to depicting historical events? This is especially important when said filmmaker is not only making grand accusations, but also making even grander claims that it's all true. A film's primary job should be to engage, to provide a clear sense of the director's vision and present that in a way that is unique. And in this respect, "JFK" is a remarkable achievement.

As for the historical accuracy of it, well, that has been debated much more thoroughly and by more well-educated people than I, but it seems more than reasonable to say that Oliver Stone's accusations of grand conspiracies don't have much of a leg to stand on.

But does the film succeed in spite of this? Can it? I believe that it can and it does. Taken purely on its own terms, "JFK" is a film of remarkable craft. It's a labyrinthine web that constantly teeters on the brink of being information and conspiracy overload, but Stone manages to tightly hold onto the reins and guides us through, to the point where all of the sweeping claims almost seem plausible and reasonable.

What truly struck me upon revisiting the film for this piece, though, was how it didn't come across merely as an accusatory piece, throwing out allegations and pointing fingers for the sake of it. It's Stone demanding answers and accountability and, ultimately, justice. There is an anger that is apparent in the way he thrusts the film forward, demanding that, in the words of Jim Garrison (Kevin Costner), "Let justice be done or the Heavens fall." The film doesn't definitively answer the question of "who really shot Kennedy." If anything, it brings up more questions than it offers answers.

Many feel those answers were fully given. Stone, quite obviously, disagrees. You can see that as a detriment to the film, but I see it as one of the most significant reasons why the film is important. As I said above, films offer us the chance at catharsis, as a chance to grieve, to filter all sorts of emotions. This goes for filmmakers as much as it goes for viewers, and Stone is quite clearly using "JFK" as a way to vent the anger, fear and hurt that had been grinding away at him in the wake of Kennedy's assassination.

After watching these films, one thing is certain. President John F. Kennedy was a remarkable figure in the landscape of American history, divisive as he surely was. Questions will likely always linger regarding the circumstances of his assassination, but thankfully we will always have mediums, such as film, to help us better understand the impact of the man and his death.