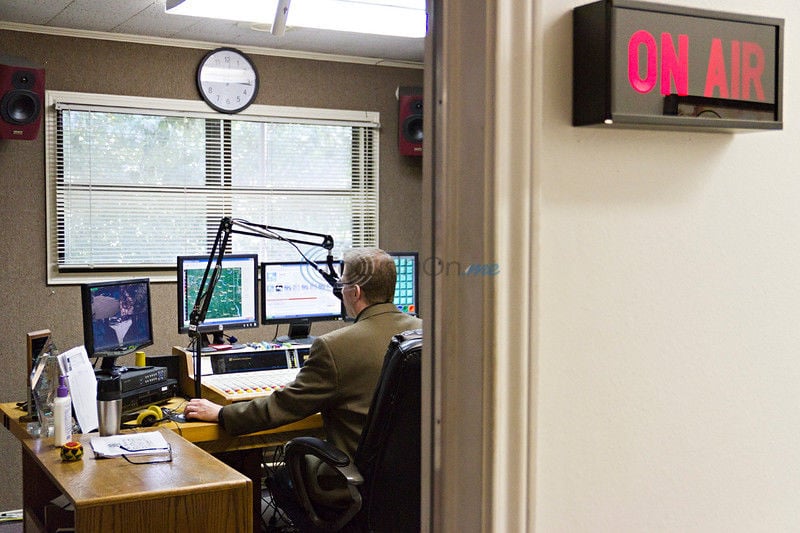 Shannon Wilson/STAFF Jeff Johnson works in a studio at KVNE. 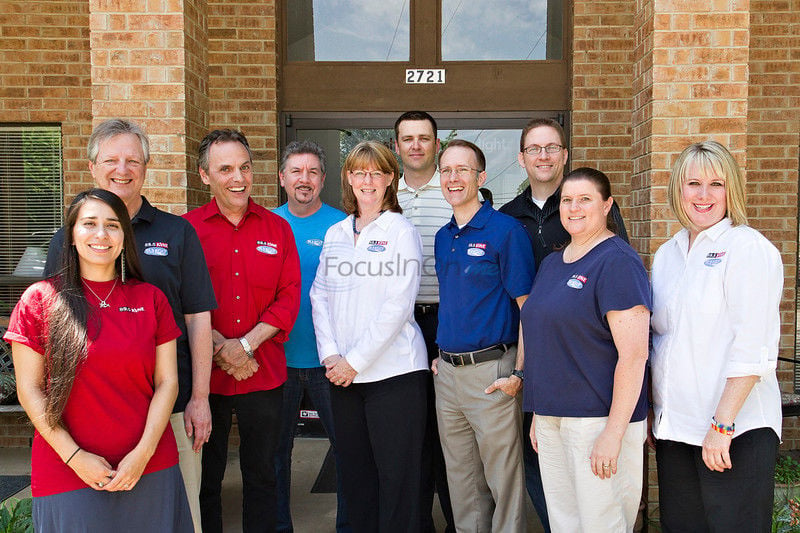 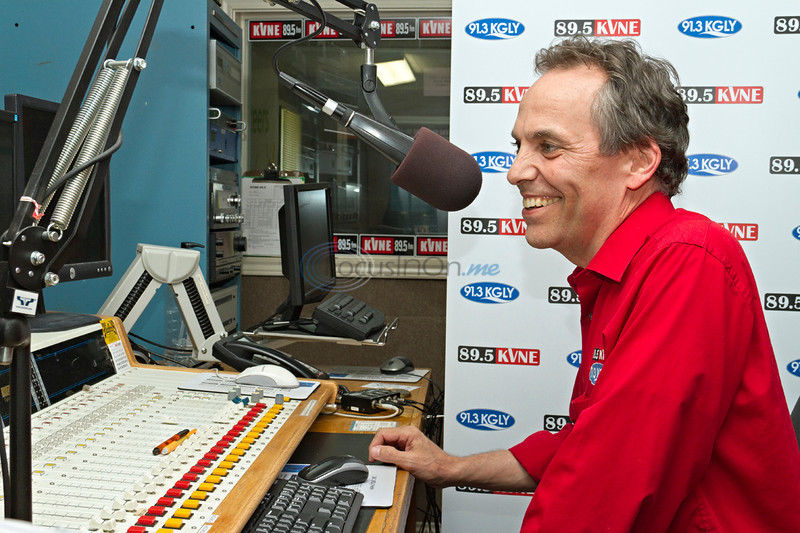 Shannon Wilson/STAFF Mike Harper speaks into a microphone in the studio at KVNE. 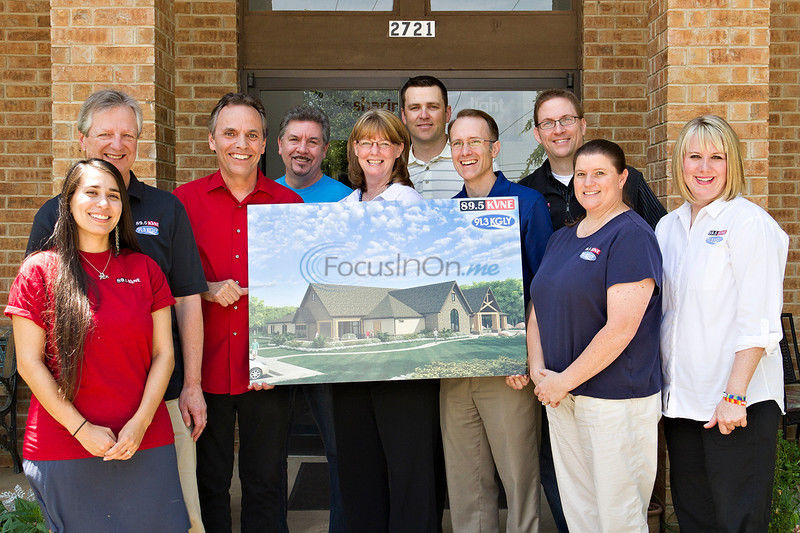 Shannon Wilson/STAFF Jeff Johnson works in a studio at KVNE.

Shannon Wilson/STAFF Mike Harper speaks into a microphone in the studio at KVNE.

"There was a lot of anticipation in the Christian community," said Gary Lesniewski, vice president of operations, who was there for the first broadcast. "It's been a privilege to see the fruition of what people had been waiting for."

Now, KVNE, 89.5 FM, which has won station of the year awards for four consecutive years, and its sister station, KGLY, 91.3 FM, both commercial free, are completing their capital campaign for a new facility. KVNE, now housed with KGLY at 2721 E. Erwin St., garnered station of the year honors in 2010 and 2012 from Christian Music Broadcasters and 2011 and this year from National Religious Broadcasters.

The fundraising campaign has brought in nearly $1.9 million in the past five weeks, president and CEO Troy Kriechbaum said.

"Quite frankly, we've never done a capital campaign, and we thought it was stretching it to set a goal of $1.89 million," Kriechbaum said. "But God had other plans and just blew us away."

The station has a history of strong responses from the public, Lesniewski said.

"A month after we began airing, we had a terrible ice storm that iced the antennae, and we couldn't broadcast for three days," he said. "In three days, we had calls from 400 people. If you know radio, you know that only represents a fraction of listeners. That gave us confidence. God turned a really difficult situation into a positive experience; we knew we were making a difference through KVNE."

Staff members have story after story of listeners calling in to let them know what a difference the stations make in their lives.

"We heard from one 21-year-old former inmate in Tennessee Colony who wrote to say that while he was incarcerated, he listened to KVNE, and it helped to point him back to God," Kriechbaum said. "He said, ‘I'm living with (my) grandparents and got a job, and I want to give back to support the ministry.' He gave us $100. We hear life-changing stories like that every day.

"A single mom will call and say ‘Thank you' for giving her family a good soundtrack for their lives. We had one caller who was considering suicide and turned on the radio, and they heard the right song at the right time and knew God had a plan for their life. It's really why we do what we do."

With the money raised from the capital campaign, the stations will be able to reach even more people through apps and streaming technology, Kriechbaum said. The new facility will be built on Old Jacksonville, south of FRESH by Brookshire's. Currently the station reaches people in 137 countries, he said.

Another aspect that the staff hopes to develop is more community involvement, a new focus of the last few years. Currently the station collects items throughout the year such as food, shoes and blankets for area nonprofits and orphans worldwide.

On Valentine's Day, staff distributes thousands of cards made by listeners to people in the hospital and runs several other drives to help those less fortunate.

"We take our big microphone and help people get the word out," Jill Smith, director of community connections, said. "It's so much more than music."

While the nonprofit will continue to raise about $288,000 for the extra needs they had left out of the original campaign — like paved parking and fire sprinklers — Kriechbaum said they don't want people to "give out of compulsion."

"We are asking people to pray that God would tell them what to give," he said. "Please don't give if you don't feel God leading you to."