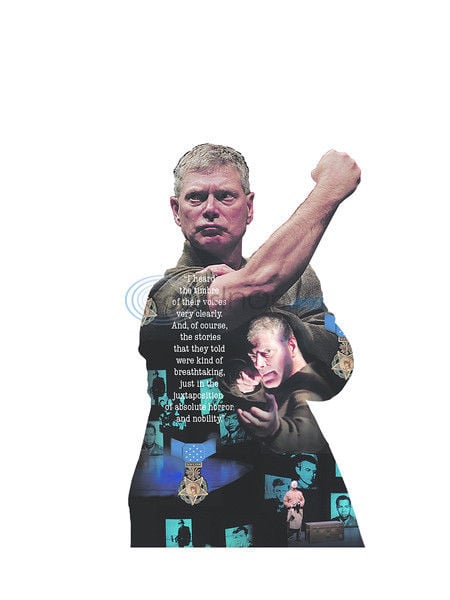 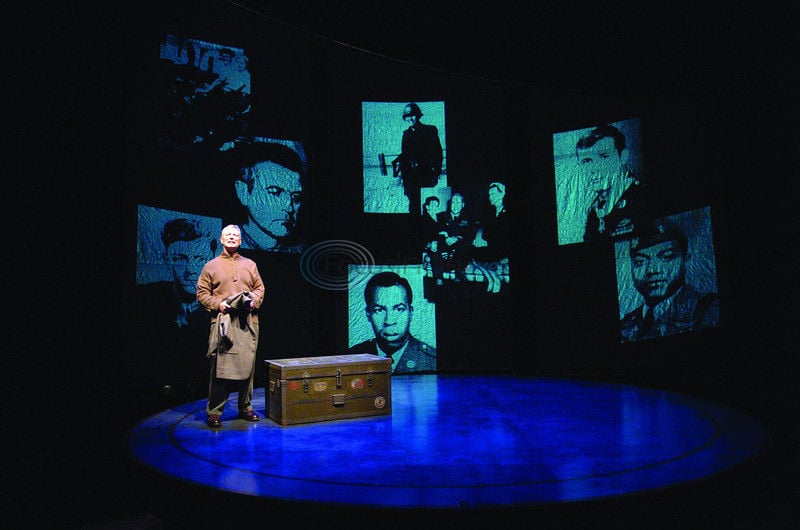 Actor Stephen Lang has made a career out of playing tough, rough men. None of them, though, can compare to the eight real-life heroes he portrays in his one-man stage show "Beyond Glory."

"There is a fiber in these guys of real toughness. These are all guys who dig their heels in in life and you can only say that this comes from where they came from. … For each of these men, the action that they took represents the pivotal moment of their lives, the reference point of their life," Lang said. "That means, to me, not only after the action itself but before the action. In other words, everything that they did from school to athletics to brawling was leading up to this. Everything they were taught by their mothers and fathers, it led up to their instinctual choice in the middle of chaos and stress and horror to go above and beyond what was required of them."

But it's not just their fortitude and courage that defines these men, Lang said, it is their selflessness and humility as well.

"Because when you talk to these gentlemen, it won't surprise you to hear them say, ‘I got this medal for the other guys who didn't come back. I just did my job.' The other thing I think that binds them, and I've seen, is a sense of humility," he said. "And that might be the most overwhelming of their characteristics."

Lang himself adapted the show from journalist Larry Smith's book of the same name and said he was immediately taken in and engrossed by the material.

"I was just taken by the authenticity of it, by the ungussied up nature of the voices. The journalist didn't even seem present. I heard the timbre of their voices very clearly," he said. "And, of course, the stories that they told were kind of breathtaking, just in the juxtaposition of absolute horror and nobility. War is just so inherently dramatic, and the only thing that can probably rival it is love, when you get right down to it."

That authenticity is of paramount importance to Lang. As an actor in movies, the majority of his characters are fictional. And while he certainly has an obligation to remain true to the spirit and nuance of the script, there is a certain weight of responsibility that comes with portraying these men whose stories are 100 percent real.

"Since they are historical persons, real men, that carries its own responsibility. I've confronted that before, but with dead heroes, people like Stonewall Jackson or George Pickett, where you play them and you know where you're going to be held to an historical measuring post," Lang said. "Here, you want to honor the absolute spirit and catch the (essence) of who (Lt.) John Finn or Admr. (James) Stockdale or (2nd Lt.) Daniel Inouye is. At the same time, because I am a white actor playing a black man or a playing (another ethnicity), there is an element of impressionism in this. It is a dramatic exercise."

While the vignettes certainly honor these eight men and their acts of valor, "Beyond Glory" remains an honest depiction of who they are and were.

"The men who live and receive (the Medal of Honor) are kind of walking anomalies. And that in itself brings on a certain type of… it can bring on confusion and trauma. It can bring on great pride. Having done something so extraordinary, that doesn't mean that your life is going to be easy or you're going to live it in an exemplary fashion," Lang said. They go through the same stuff that soldiers and sailors did who never got recognition and received a medal of honor or Silver Star or Bronze Star. So, they are an extremely human lot and often dealing with injuries that they carry with them for the rest of their life."

While not exactly a play – he prefers to call it a "unified piece of theater" – it provides Lang a unique opportunity to stretch himself in ways that screen acting often does not. It is the work he hopes will define his career.

"It's immensely satisfying to me. I was very restless before this, in many ways. ‘Beyond Glory' allowed me to showcase capabilities that I felt I had but weren't being exploited, in a way," he said. "This is the most personal work that I do. This is the kind of work that I say, ‘Judge me by this.' It's a statement. To me, it's an artistic statement. Both the play, which I've written, and the acting. It's not all of me, but it's a very, very clear and accurate representation of who I am as an actor and who I am as a human being, or who I want to be."

Lang will perform "Beyond Glory" at 7:30 p.m. at the University of Texas at Tyler's Cowan Center. For additional information or for tickets, call the Cowan Center box office at 903-566-7424 or visit www.cowancenter.org.