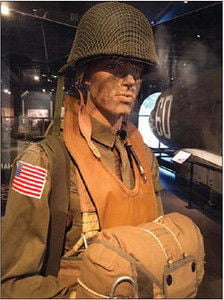 DAVE BERRY /COURTESY A MANNEQUIN UNIFORMED as a paratrooper with the 101st Airborne Division stands near the fuselage of a C-47 transport plane, part of the World War II section of the American Freedom Museum in Bullard. 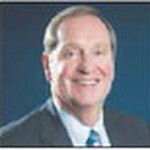 DAVE BERRY /COURTESY A MANNEQUIN UNIFORMED as a paratrooper with the 101st Airborne Division stands near the fuselage of a C-47 transport plane, part of the World War II section of the American Freedom Museum in Bullard.

“They died hard, those savage men - like wounded wolves at bay. They were filthy, and they were lousy, and they stunk. And I loved them.”

I spent an afternoon at the American Freedom Museum in Bullard, staying well past closing time … and I didn’t begin to see it all. It was my third visit, and I only scratched the surface. Museum Director Jan Hommel invited me to stay as long as I needed. She had things to do in her office.

“Take your time,” she said with a smile. “Let me know if you need anything.”

With no deadline, I lingered - too long - in each epoch of America’s past, reading timelines, stories and descriptions that accompany each piece of memorabilia, photo or piece of art. I marveled at King George III’s signature on a British military appointment from the French and Indian War and the red stamp on a tiny pair of dice, evidence of the Stamp Act and friction that led to rebellion against British rule.

That first section - dedicated to the Revolution, the earliest of America’s struggles - is alive with maps, flags, swords, uniforms and artifacts. I stopped near the leather cartridge belt worn at Concord Bridge and a musket carried by a “minuteman” at Lexington. I had to wonder if the men who once possessed them were friends of the five Felt brothers - my wife’s ancestors - who rushed to that first call to arms.

I followed the story of America’s struggles deeper into the museum, reading about the artillery officer’s bicorn hat and the carriage of the “grasshopper” cannon used by George Washington at the Battle of Trenton. Each jog into a new gallery, each shift in background music moves you along. Johnny Horton’s “Battle of New Orleans” plays in the background as you examine a cannon used by Andrew Jackson in the War of 1812. On another wall, the Mexican War is explained in storyboards, graphics, maps and a Mexican decree encased in plastic calling for war with the United States. Only three exist – in Mexico City, Yale and this one in Bullard.

By the time you reach the sections bulging with artifacts of the Civil War, you know this archive of history – the vast personal collection of The Brook Hill School founder Steve Dement – is something special. Dement’s passion for history is evident in the articles he collects, and he relishes those pieces that come with stories.

Copies of “Uncle Tom’s Cabin,” a newspaper blaring the news that Fort Sumter had fallen, a drum used at Gettysburg, a copy of “The Old Flag” newspaper printed at Tyler’s Camp Ford and the battle flag of the 6th New York Infantry … each has a story.

“Put in the boys,” said Confederate John Breckinridge, “and may God forgive me for this order.” With that, he sent the young cadets of Virginia Military Institute into battle at the 1864 Battle of New Market, Virginia. Ten VMI students died and 51 were wounded in that “Field of Lost Shoes.” Their story – told in photos, storyboards, letters and a cadet musket retrieved from a river bottom – is the stuff of legend.

From the sinking of the Maine and the Spanish-American War, trench warfare of World War I and the bombing of Pearl Harbor, the story continues. To tell the complicated story of World War II, you are introduced to a collection that includes a British glider, maps, military vehicles, weapons, uniforms and flags.

Some exhibits are a treat for the senses, like the fuselage of a Douglas C-47 transport plane, like those that dropped paratroopers behind enemy lines. With the flip of a switch, you experience the vibration, rumble and roar of a plane in flight. Other exhibits are sobering – a bullet-pierced helmet and sand from Normandy Beach, the Western Union notification of a soldier’s death and a room dedicated to the millions who died in the concentration camps of the Holocaust.

As an old radio broadcasts President Roosevelt’s declaration of war, you can examine walls covered with propaganda posters, World War II political cartoons from the Tyler Paper and dozens of stories about soldiers, sailors, fliers, marines and the impact of the war on the Home Front.

The story of American combat in Korea is told in maps, photos, cold-weather uniforms and Marine Corporal Billy Ray Lynn’s dog tags displayed alongside newspaper clippings and a telegram alerting his parents he was wounded.

The Cuban Missile Crisis, Cold War, Berlin Wall … all lead step by step to Vietnam, where a Bell UH-1D “Huey” helicopter sits in a jungle clearing, surrounded by combat troops and all the weaponry and accoutrements of war. Descriptions of combat helicopter operations, interviews with veterans and a radio transmission from an actual helicopter assault can be heard at the push of a button.

It would have been nice to spend more time exploring the walls of photos, artifacts, flags and storyboards, listening to music of the ’60s, reflecting on that familiar time … but, I’ll need to go back.

I want to read about the attack on Grenada, the end of the Cold War, the fast-paced Persian Gulf War and the ongoing War on Terror that began Sept. 11, 2001.

I’m intrigued by graffiti scribbled on an Iraqi flag captured by Marines at Haditha. And, I want to better understand the story of First Sgt. Toby Meister, an “All American Boy” from Jenks, Oklahoma, a former middleweight Golden Gloves champion in Dallas, inspired by his grandfather who fought on Okinawa, who was killed by an improvised explosive device in Afghanistan Dec. 28, 2005. I want to read his last email home on Christmas Eve four days earlier.

There’s too much to see in one trip. And I haven’t even touched on the Hall of Presidents, which includes a lock of George Washington’s hair and documents signed by each of our 44 chief executives.

The story of America is complex, full of danger and despair, bravery and bravado, faith and fear. Museums don’t always do a good job of telling it. This one does.

Dave Berry is the retired editor of the Tyler Morning Telegraph. The American Freedom Museum is located on the campus of Brook Hill School, 1051 N. Houston in Bullard, 10 minutes south of Tyler on Old Jacksonville Highway. It is open to the public from 10 a.m. to 3 p.m. on Wednesdays and Saturdays. Group tours are available other days by calling (903) 894-5252. More information is available online at www.americanfreedommuseum.org.