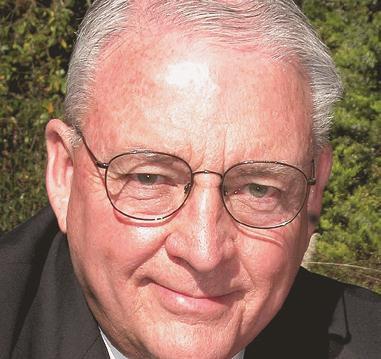 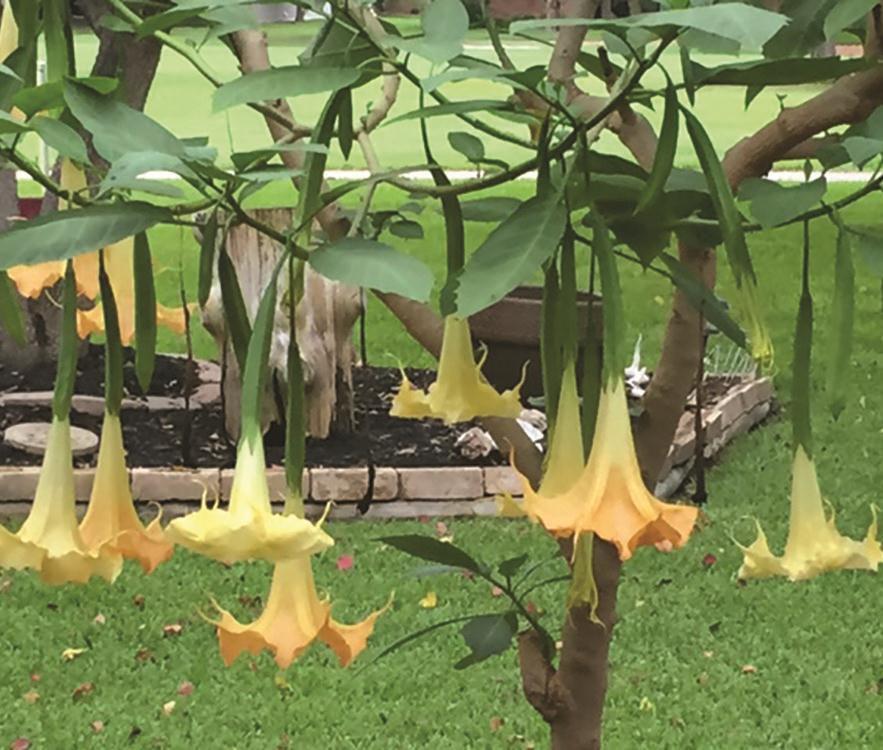 Dear Neil: This plant grew from a 3-foot stick that was given to me last year. I'm told its name is angel trumpet. I've cut it back to a 2-foot trunk and have wrapped it for the winter. Will it survive the cold?

A: This is a Brugmansia, close relative of the native jimson weed (Datura) that is also commonly known as angel trumpet. The various Daturas hold their flowers at a more or less upright habit, while Brugmansias' flowers hang downward. Your plant will withstand some light freezes, and wrapping the trunk may help it pull through depending on how cold it gets the balance of the winter. Luckily, they're fairly commonly sold if you should happen to lose this one. By the way, you may want to know that parts of this plant are quite toxic. I don't make a huge issue of it, because so are azaleas, tulips, daffodils, Carolina

Dear Neil: We have property in Central Texas. What would be a good groundcover to hold the soil on slopes during periods of wet weather?

A: My own personal choice would be purple wintercreeper euonymus if it's a sunny location and either mondograss or maybe liriope if it's shaded. All will need to be watered during the dry times, but they're excellent at holding the soil.

CARE FOR THE BERMUDA

Dear Neil: We just moved into a new home a couple of months ago. The builder laid new bermuda sod down on top of clay soil. There is rock just below that. Is there anything I can do now, after the fact, to help improve the soil?

A: No, other than to keep the grass properly nourished and watered regularly. Even if you were able to add organic matter to the soil prior to planting that's not a critical improvement. Organic matter does loosen clay soils, but it also decays over a period of a year or two and disappears from the soil. In doing so, it leaves you with just what you started with originally. Your bermuda will take hold and do well. You may have to fertilize and water it more often than you would if it were on deep, rich soil, but otherwise, it will be fine.

Have a question you'd like Neil to consider? Mail it to him in care of this newspaper or email him at mailbag@sperrygardens.com. Neil regrets that he cannot reply to questions individually.