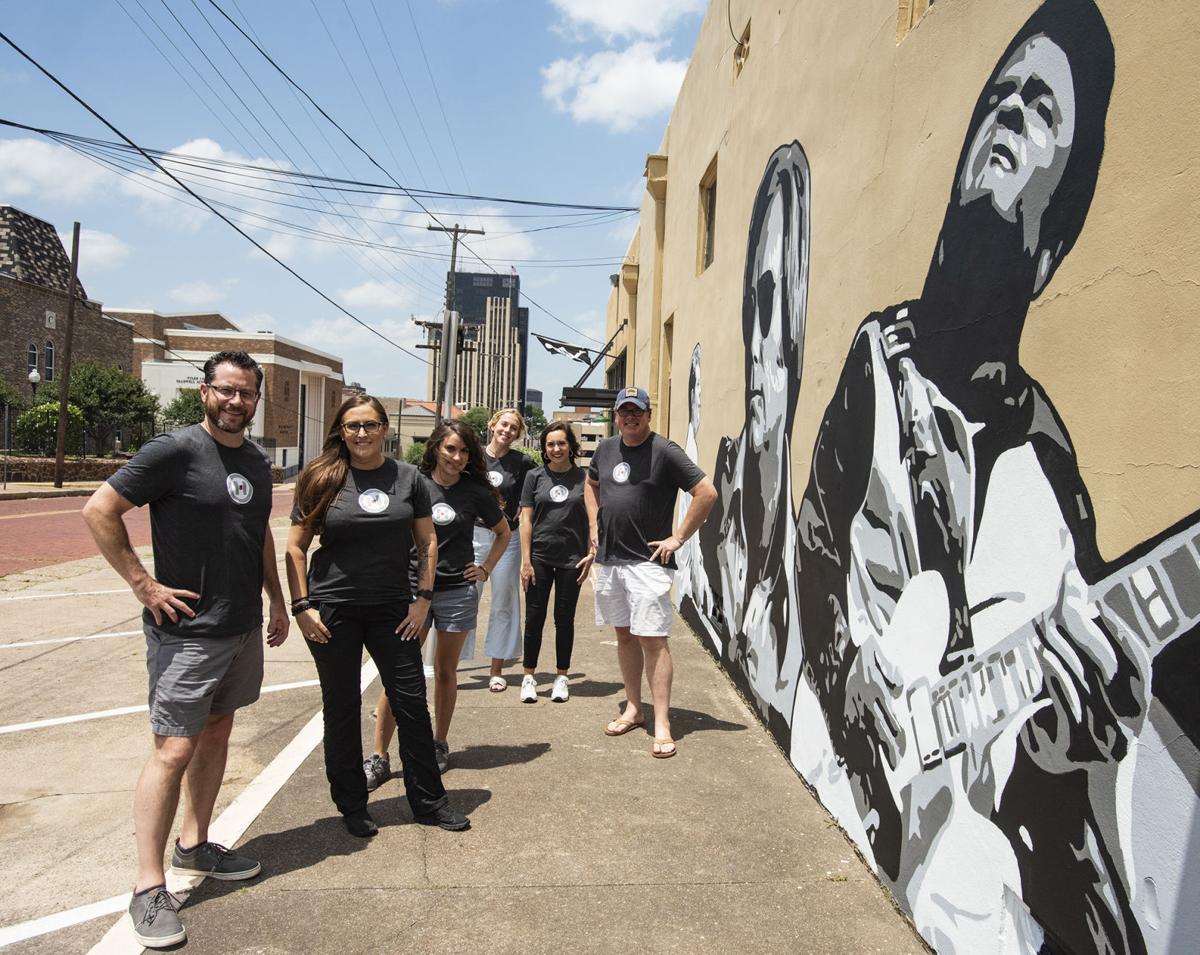 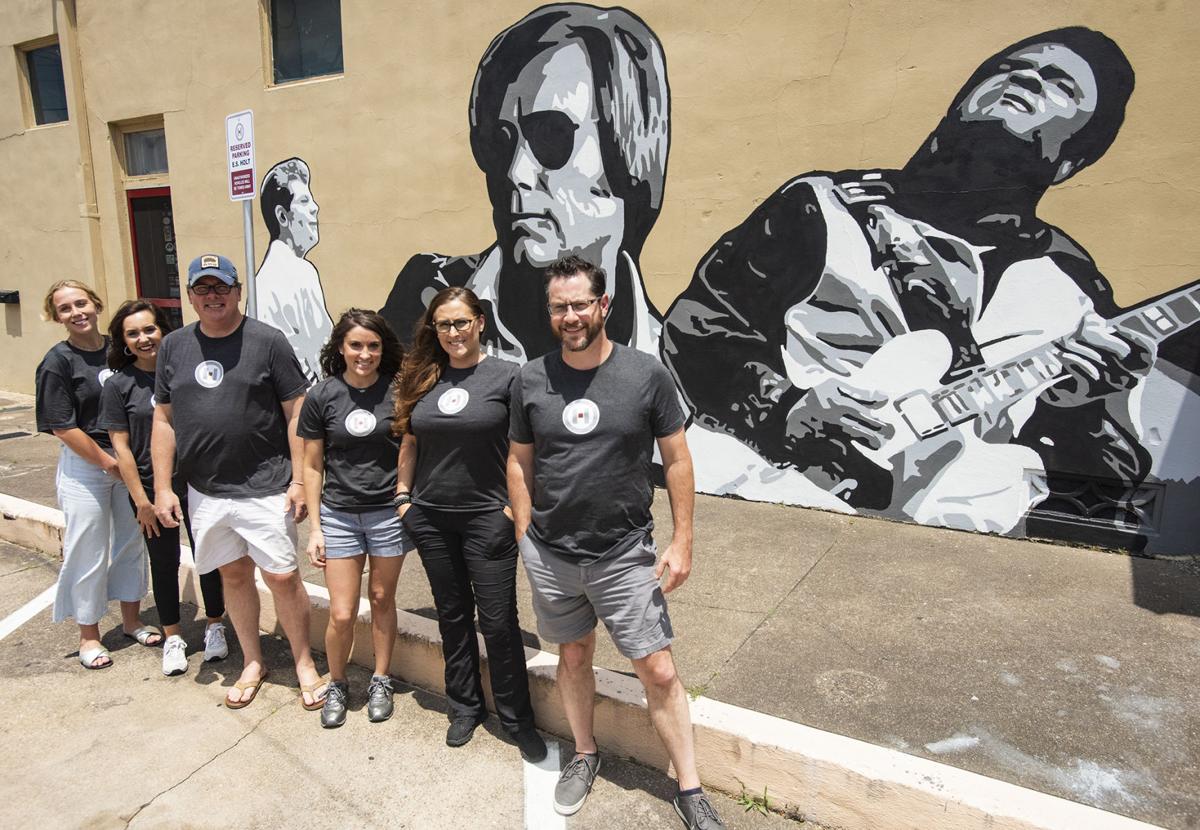 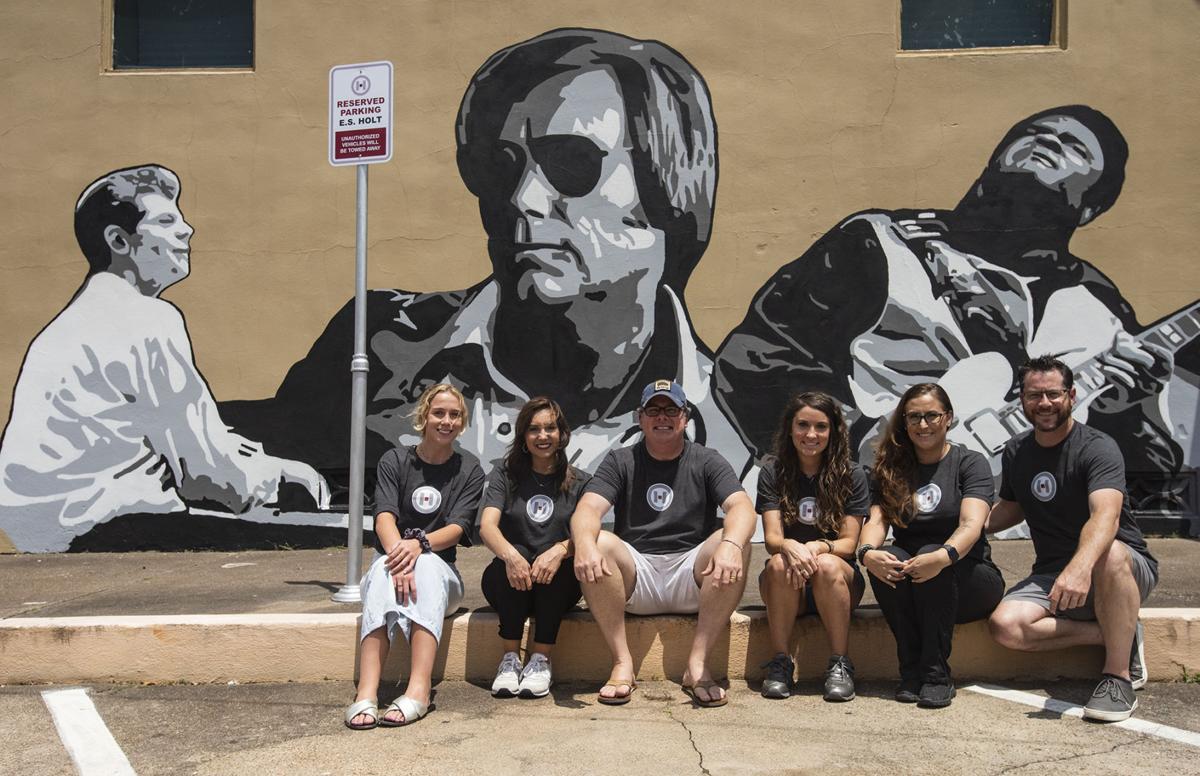 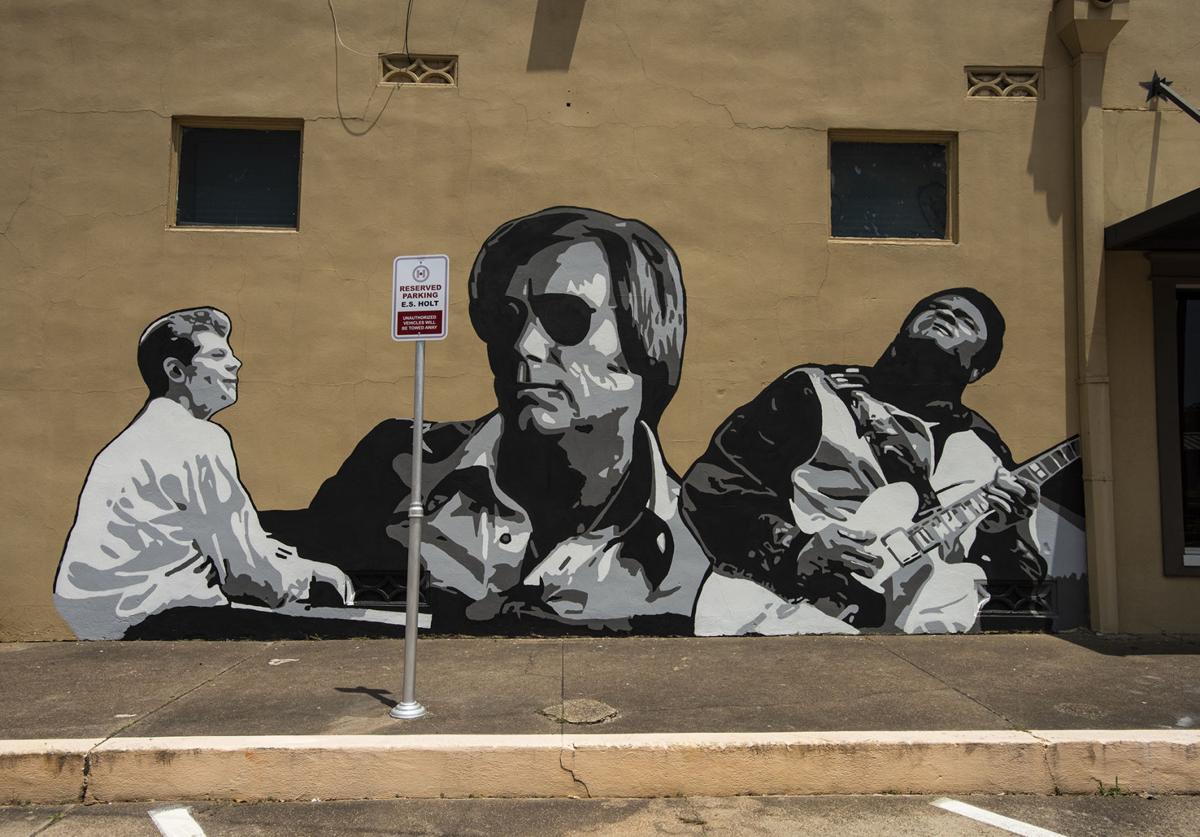 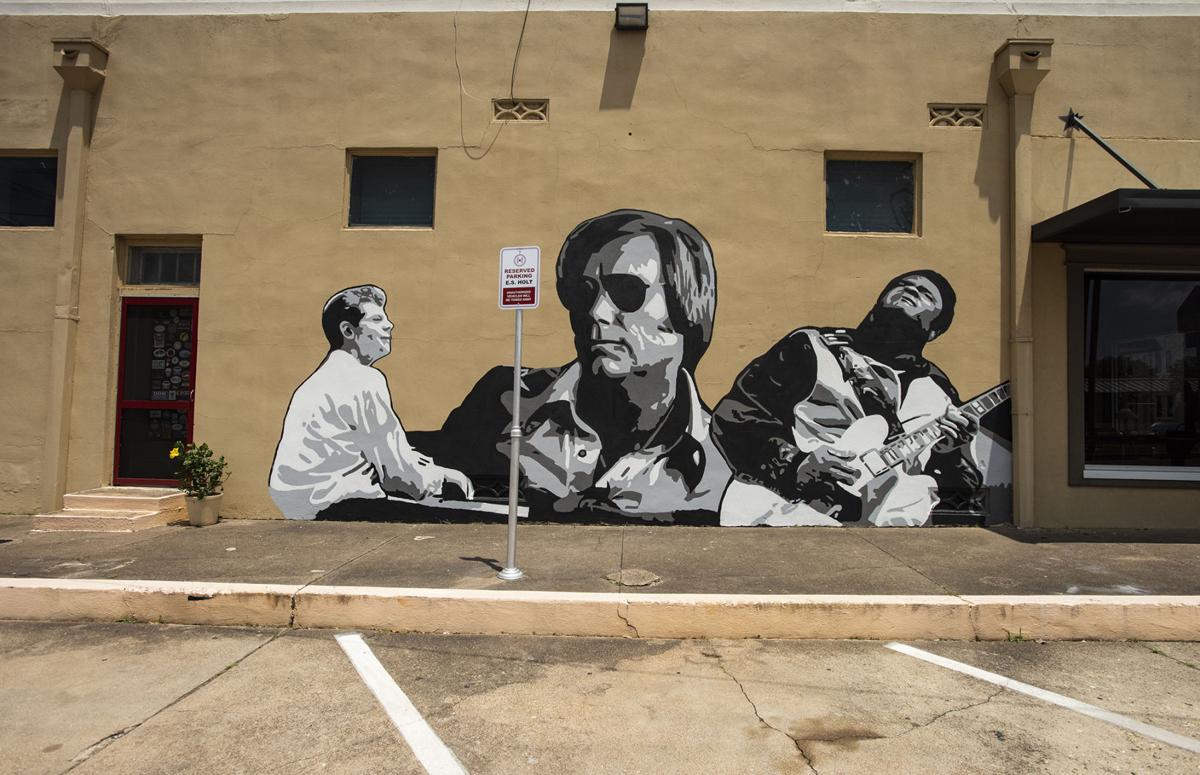 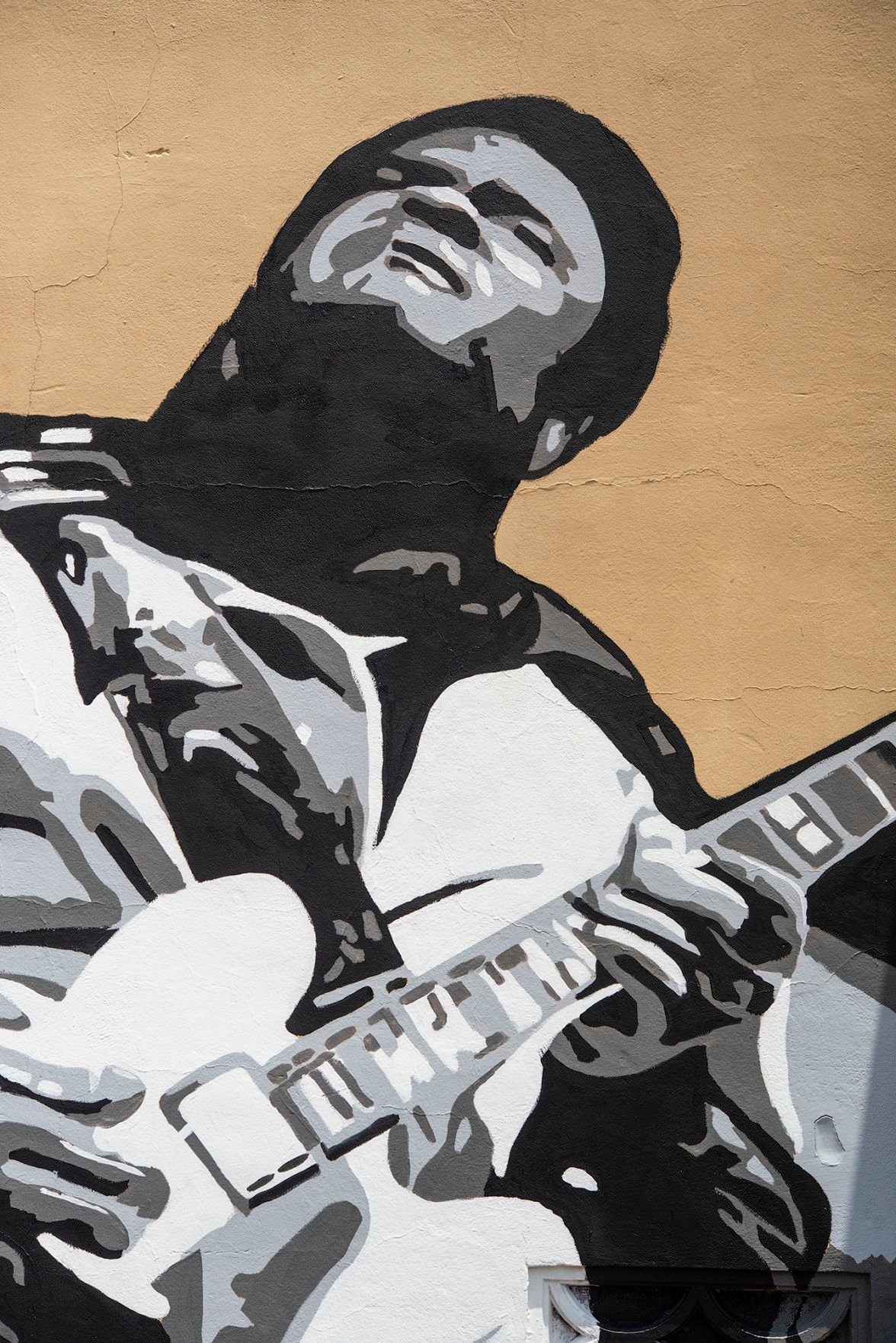 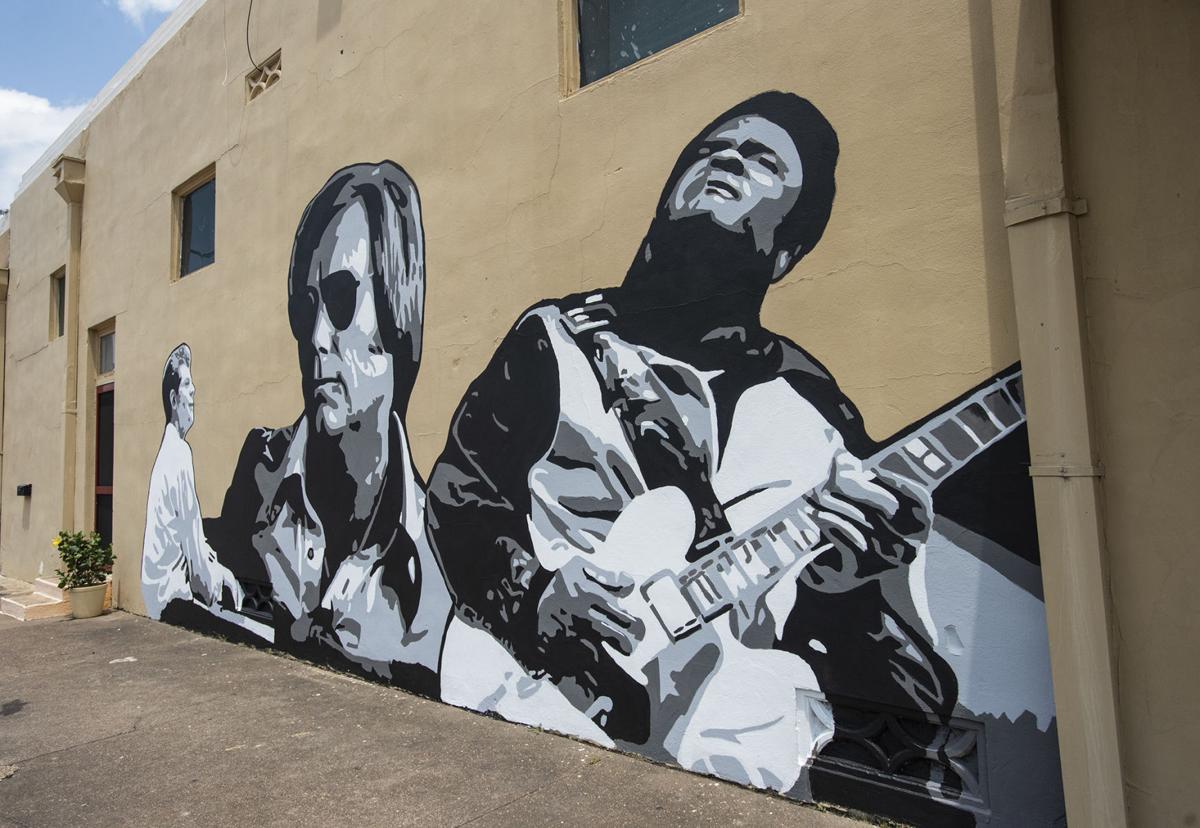 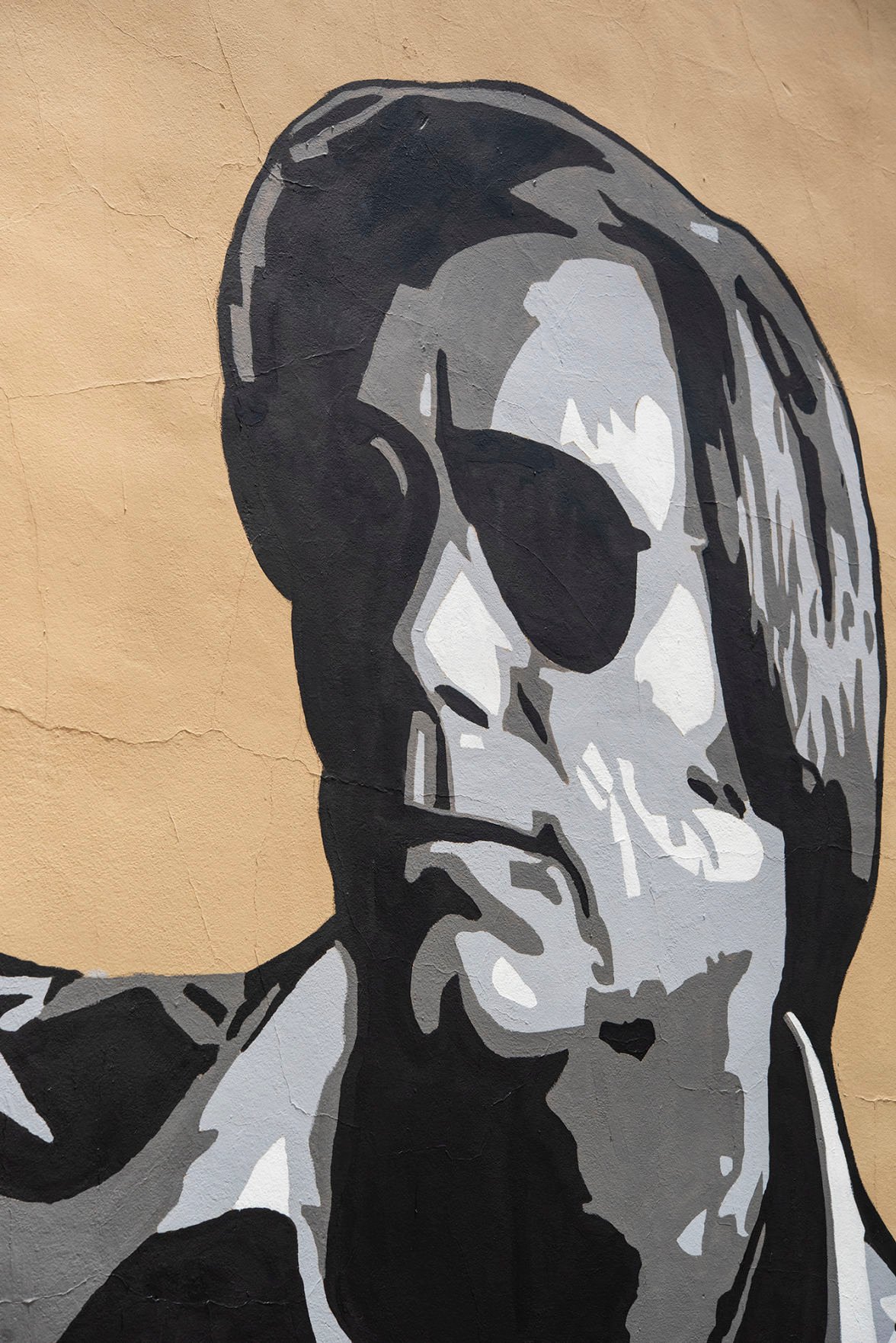 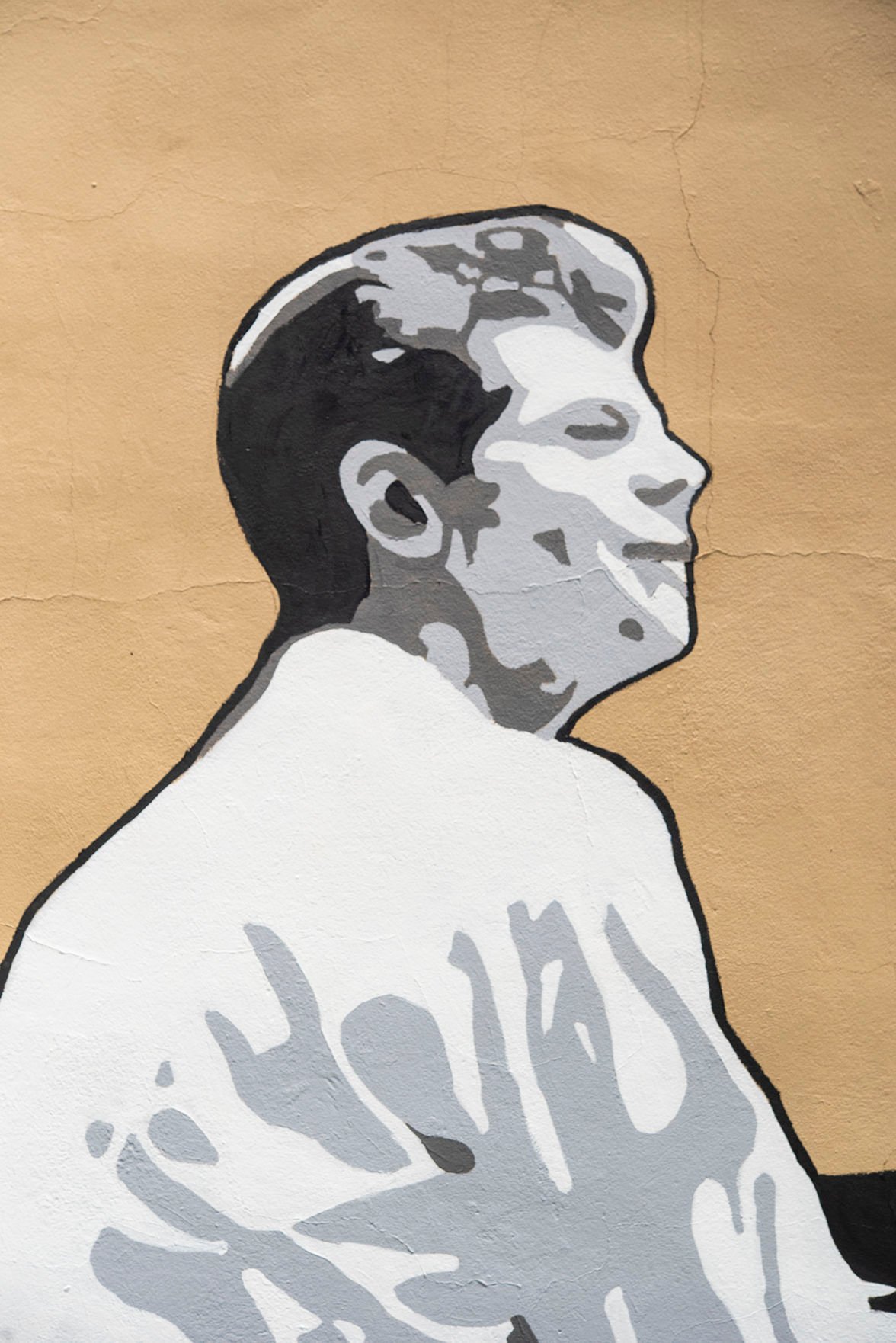 Van Cliburn, who rose from Kilgore to become one of the world’s greatest classical pianists, is at the keyboard; country music star George Jones, who came from the small town of Saratoga, looks forward as if pausing before singing one of his many hits; and then there’s Gilmer-born Freddie King, one of the most influential blues guitarists, wailing away on the guitar.

Edwin Holt, owner of the marketing and digital strategy company at 119 University Place, said he and others on his staff painted the mural as a tribute to the three and to inspire others who dream of making it big in music.

“It’s highly unusual that three genres of music are all represented from what was such a rural area when they started their musical careers,” Holt said. “And that each genre would be represented by worldwide fame. ... And what’s important to note about each one of these artists is they weren’t just regional or even national musicians. They were known all over the world as three of the most accomplished artists within their own musical space.”

Holt, who for decades has performed music in genres that range from blues to gospel, said that about five years ago he started thinking about how could showcase East Texas as the home of the musicians.

“When you’re in music, as much as I am, the history and roots of people are important. Not just the music. East Texas may or may not realize just how important our little world is when it comes to growing some of the greatest musicians the world has ever known.”

The mural is located directly across from one of the entrances to Tyler ISD’s Caldwell Arts Academy, a school where many aspiring young performers attend. Holt said he hopes that when students enter and exhibit the school they will take notice of the mural.

It took about about two and half days to design and complete the painting.

“I designed the piece on the computer (using images online) then began sketching it out on the wall, which took me about four hours to complete,” Holt said. “Once completed, my entire staff came in on a Saturday and knocked out about 90% of it. I looked like a lobster from all the (time being in the) sun. After a couple of days and some aloe vera, we all went out during lunch and finished it up in about four hours or so.”

It was a fun experience for all involved.

“I was little nervous about it,” he said. “But once I worked out the process, it went pretty smoothly and everyone really enjoyed doing it.”

The mural provides Holt an opportunity to talk about the contributions of the three.

“Van Cliburn took the classical world by storm in 1958 during the Cold War when he went to Russia as a young man and literally showed them how to play their own music,” Holt said. “Gregg County went to Russia and flat out outperformed them. That’s saying something.

“I don’t need to tell this part of the world who George Jones is but there are millions of country music fans that will say George Jones was the greatest country singer that ever lived,” he continued. “There will never be another one like him. From his life to his recordings and performances. There is no other country singer that can top the music of George Jones or the stories that surround his life. Nobody.”

Hot noted that in the world of blues music, Freddie King was just as influential.

“He had numerous soul and blues hits that hold as standards today and toured with Clapton, Jimi Hendrix and Janis Joplin just to name a few. But the song that would cross over to the white market in 1971 was ‘Going Down’ written by Don Nix and crossing over was the goal of any blues or soul artist at that time as the white market was much larger and meant more revenue. B.B. King (no relation) did the same thing one year prior with ‘The Thrill is Gone’ written by Roy Hawkins and Rick Darnell. It is said that B.B. didn’t know the record crossed over and when he stepped out on stage to see a predominately white audience during a tour, he began to cry.”

As a musician, Holt said he appreciates their lasting legacies.

“All music is important and carries some influence whether we think so or not. That’s the beauty of music as it’s all tied together in much the same way we are as a nation. It pulls from our deepest emotions, troubles, trials and tribulations while at the same time removes all walls and welcomes anyone to the table to enjoy it,” he said.

Holt plans to make the mural an interactive experience.

“I do have a Phase 2 planned but it doesn’t involve painting this time,” he said. “Since we are a creative/technology company, my next project is to partner with Caldwell School and have the kids help me create one- or two-minute video documentaries on each artist.”

Holt said that QR codes will be placed by each musician and that those passing by can scan the codes on their cell phone and see the films to learn more about each artist.