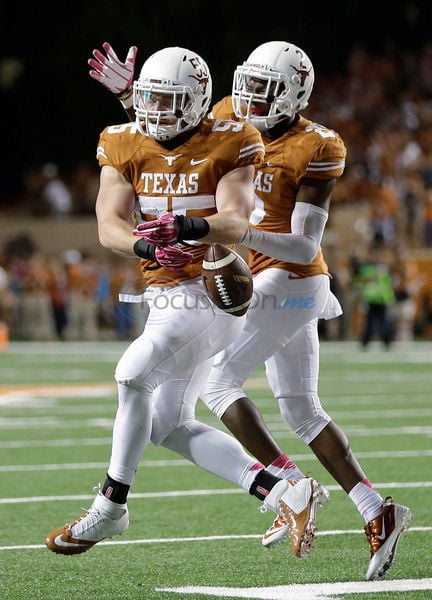 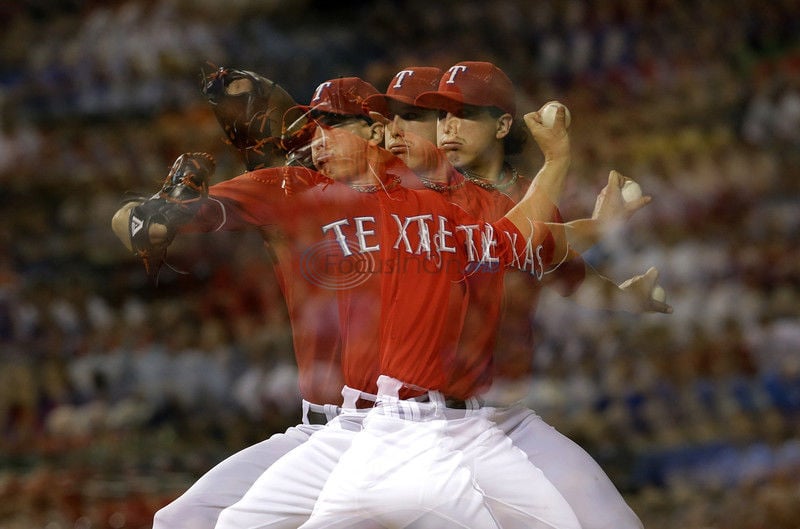 Texas Rangers starting pitcher Derek Holland (45) works against the Houston Astros in the seventh inning of a baseball game, Monday, Sept. 23, 2013, in Arlington, Texas. Holland struck out nine in his second shutout of the season in the Rangers 12-0 win. (AP Photo/Tony Gutierrez) 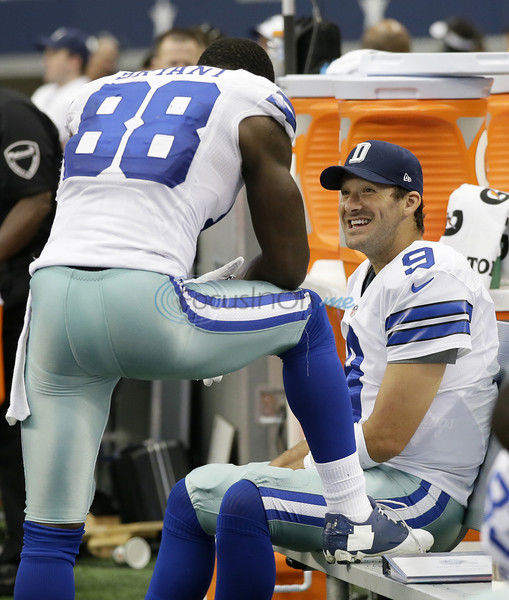 Texas Rangers starting pitcher Derek Holland (45) works against the Houston Astros in the seventh inning of a baseball game, Monday, Sept. 23, 2013, in Arlington, Texas. Holland struck out nine in his second shutout of the season in the Rangers 12-0 win. (AP Photo/Tony Gutierrez)

Two Sundays ago, the Dallas Cowboys yet again struggled when things were on the line and yet again failed to begin the season with back-to-back wins.

And three weekends ago, the Texas Rangers were only a game-and-a half out of first place in the division and topped the American League Wild Card standings.

But as often is the case, matters looked much different for all three teams this past weekend. And with another brutal summer finally giving way to fall, the next few weeks figure to provide even more change — whether good or bad.

Down in Austin, the Longhorns snapped a five-game losing streak to Kansas State with a 31-21 victory before a national-television audience Saturday night. And even though Texas' record is a meager 2-2, the Longhorns are 1-0 in the Big 12 and Brown still has a weapon to fight off an angry fan base — contending for the conference title.

Even though Brown's only claimed two conference titles at Texas, he could have the Longhorns at 2-0 in the Big 12 following next week's game at Iowa State and entering the Oct. 12 Red River Rivalry game (UT is idle this week). And that being said, we all know how cool his seat would get — for the time being — with a win against Oklahoma.

Meanwhile, the Cowboys rebounded from the Sept. 15 loss to Kansas City (17-16 final score) with a dominant 31-7 victory against the St. Louis Rams. Even though the Rams would never be mistaken for Super Bowl contenders, the Cowboys finished the day with 193 rushing yards and only one turnover — giving their fans 194 reasons to rejoice.

With a 2-1 record, the Cowboys lead the NFC East entering the upcoming two-week stretch against the San Diego Chargers (1-2) and Super Bowl favorite Denver Broncos (3-0). And should they at least split those games, the Cowboys would be looking good heading into back-to-back division games against the Washington Redskins and Philadelphia Eagles.

Of course, limping along while the Longhorns and Cowboys try to turn the corner have been the Rangers. And with Oakland having wrapped up the American League West title in runaway fashion, the Rangers might be playing for manager Ron Washington's job during the last six regular-season games.

They enter tonight's matchup with the Astros a game out of the Wild Card behind the Tampa Bay Rays and Cleveland Indians. Their next two games are against the Astros and their final four are versus the Los Angeles Angels — opponents that should provide a fighting chance to heal wounds and sneak back into the postseason.

Matters, however, could be much worse than the Rangers' second consecutive September slide. They could, in fact, be the Astros, who reportedly drew a 0.0 local TV rating for Sunday's game against the Indians.

Is that a complete disastro or what? Sounds like an astronado blew through Space City.