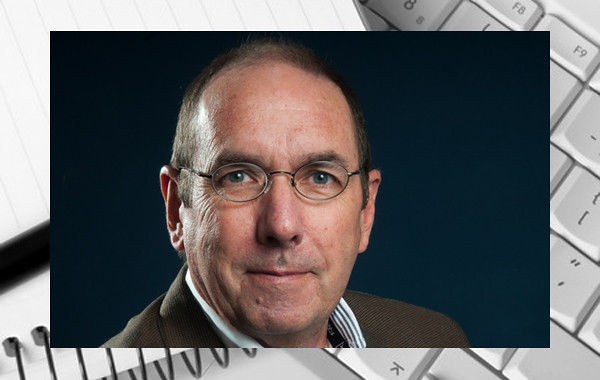 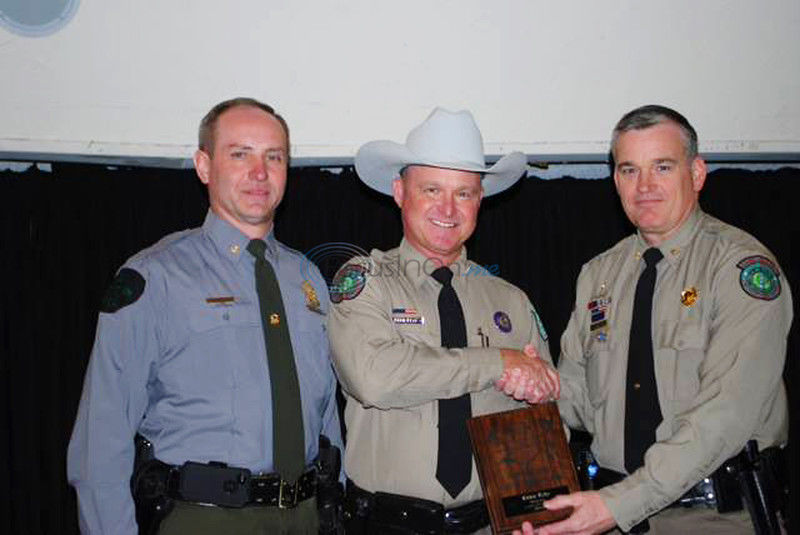 It seems likely that Eddie Lehr was born to be a Texas game warden.

After all the slow-talking, East Texas native is the grandson of Tom Browning, a long-time Texas Parks and Wildlife Department warden who worked the woods and waters in the Pineywoods and Post Oak regions, along with a stint as the Law Enforcement Division director.

Lehr, who was raised in Tyler and graduated from Robert E. Lee High School in 1984, didn’t go straight into the family business. After graduating from Sul Ross State University he spent a year on the King Ranch as a hunting guide and several years working as a guide and wildlife manager on two ranches in Henderson County. Following a couple of years working as a Texas Department of Corrections prison guard, Lehr was accepted to the state’s game warden academy and since graduating has been stationed in Houston County.

His first 10 years on the job was highlighted this summer when Lehr became the first Texas warden to be named Officer of the Year by the Association of Midwest Fish and Game Law Enforcement Officers. The award recognizes wardens for among other things their efforts in public outreach, teamwork, achievements and leadership.

Nominated by his supervisors, Lehr was noted for his knowledge of TPWD regulations, the Texas Penal Code, Texas Water Safety Act and more. They also cited his efforts in making tough cases in a county that includes the 160,000-acre Davy Crockett National Forest and the Trinity and Neches rivers. He has worked major cases involving shocking rigs on the river, poaching and trespassing.

Lehr said one of the most challenging aspects of being a warden is one he relishes.

“Probably the most challenging thing is making cases on the cases that are the hardest to make like shocking on the river and spotlighting. You have to know what you are looking for. You can’t make those kinds of cases every day,” Lehr said.

He described the most rewarding part of the job as being able to help hunters and landowners, and, of course, working with youth.

“It is helping people who want our help. A large landowner, any landowner, who says, ‘Hey, I need your help. I have people who are trespassing’ or whatever,” Lehr said.

He said he also enjoys helping people who may not understand game laws, the incidents where he has to determine if someone is knowingly breaking the law or just needs education.

“Not everyone needs a ticket. A lot need education. That is where we have to use our commonsense. Someone who knowingly has broken the law is going to get a ticket,” Lehr said.

In 10 years Lehr has worked hundreds of cases, some more significant than others. He has made numerous cases in which he was able to thwart groups shocking fish illegally on the rivers.

One of his more challenge cases involved a group of hunters poaching the national forest.

“There was one instance where I got some intelligence and came in and located some deer meat along a high line. The informant told me he didn’t know exactly where it was, but that they were coming back to get it the next morning,” the warden recalled.

Up at 3:30 a.m., Lehr began walking for miles down the right-of-way before discovering an odd trail cutting off into the woods.

“I found it in the dark. There were four ice chests. It was about 25 degrees, and I found and old pine tree lying down and I got in it and waited on them to show up. I was freezing, but I couldn’t build a fire because they would see me. They sure were surprised to see me when they showed up. I think they had eight deer,” he said.

The warden added that as hard as some cases may be, there are others in which the poacher makes it too easy.

“I was working one time with the warden from Angelina County. We put out a wild turkey decoy. All it does is stands up and its tail feathers come up. This guy stopped and got out and shot it. When we ran up there he said he should have known it was fake when he shot his gun and it didn’t run off,” Lehr said.

For Lehr, it is all in a day’s work, a job he learned in part from his grandfather.