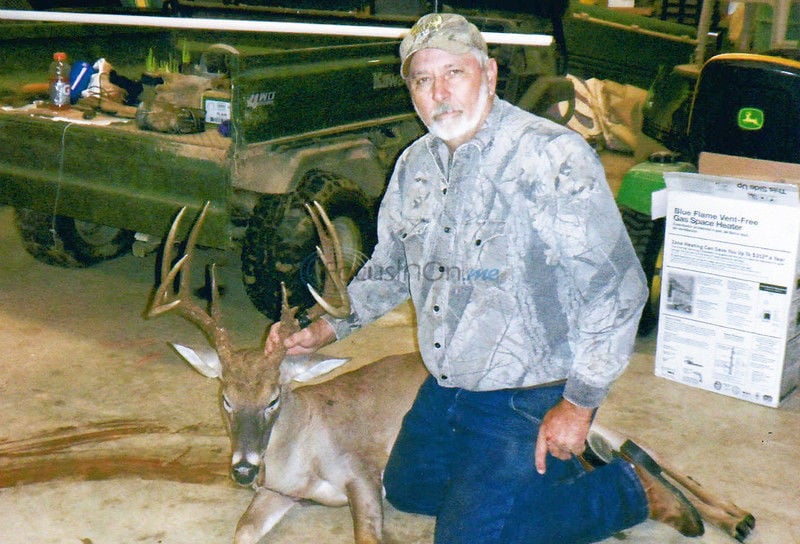 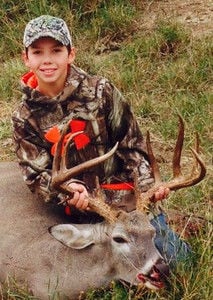 The theme of the TylerPaper's 34th annual Big Buck Contest is change with two divisions seeing new leaders this week.

Scruggs was hunting a deer he was very familiar with.

"The deer showed up in our game cameras in the summer of 2011 as a 9-point. The only time we saw him was at night," the hunter said.

After not seeing the buck during the season, he found it again on cameras going into the 2012 season as a 10-pointer.

"Again, even in the summer and hunting season he only showed up at night. This summer he showed up at night again with more mass and a split brow tine, and with an extra point that made him a 12," Scruggs said.

But the pictures were still all at night.

On a Saturday morning Scruggs sat in the stand and watched several young bucks chase a doe. He returned that evening with his son's girlfriend, Shanda Williams, a non-hunter who wanted to see what hunting was all about. About an hour after the feeder went off, Scruggs told Williams the deer should start moving.

"About 10 minutes before dark a large deer came out of a group of trees crossing a 45-foot clearing heading to another group of trees. One glance with my binoculars and I told her to put her hearing protection on. In a matter of about 10 seconds the elusive deer was on the ground," he said.

The buck had a 16-inch inside spread and a longest main beam length of 22 4/8 inches. The longest tine was 10 2/8 inches and the large circumference base measurement was 4 6/8 inches.

Low, 12, got an assist from his dad, Rodney, who had gone to their South Texas lease to fill feeders for a week of hunting over Thanksgiving. While working he spotted a buck several times he seen during dove season, and quickly made arrangements for Hunter to get a ride to the lease.

The next morning the two Lows were in the stand looking at eight bucks and several does with fawns. The hardest part was picking out the buck with the small drop tine from the group.

He shot, hitting the buck at 125 yards, and all the deer ran off into the brush. They heard limbs breaking and assumed the deer was down, but while waiting a buck walked back out to the feeder. It was the same buck. This time Low's shot dropped the deer.