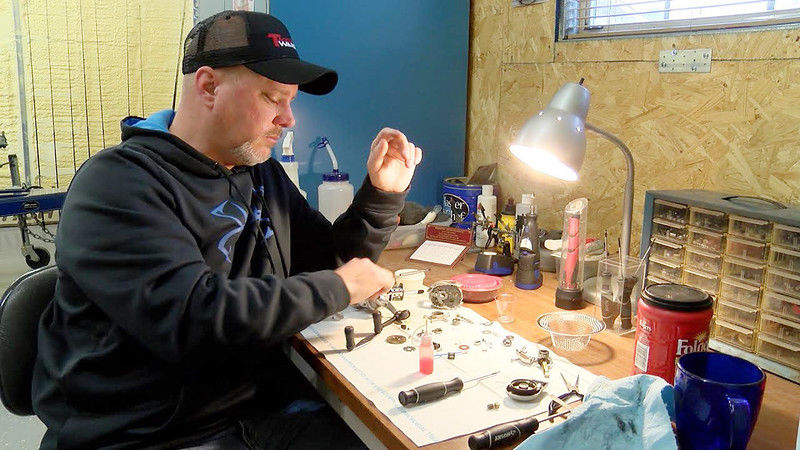 TexasAllOutdoors.com ROBERT STARKS HAS A REEL BROKEN DOWN to begin the process of cleanng it. While a fishermen can and needs to do light oiling to a reel, a complete cleaning involves removing a lot of parts. 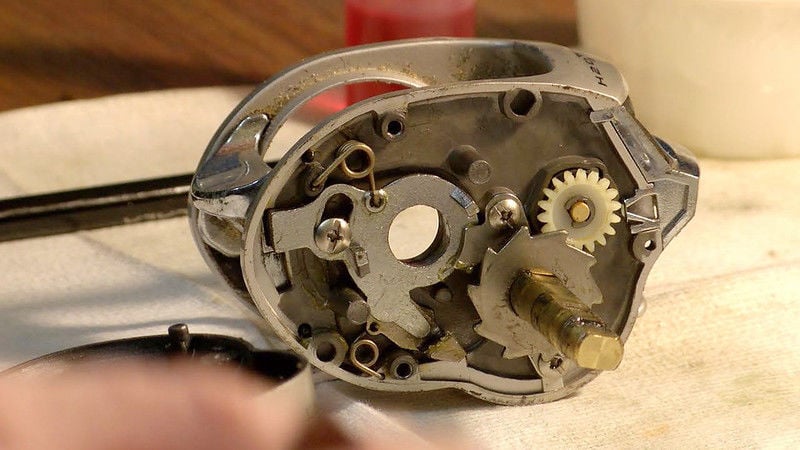 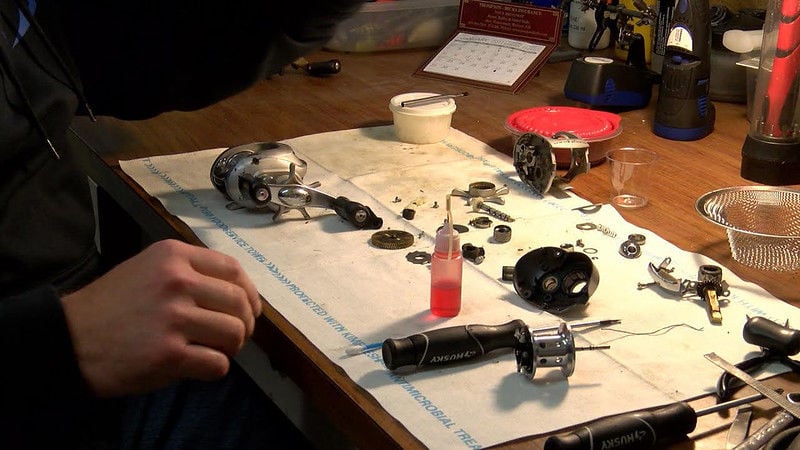 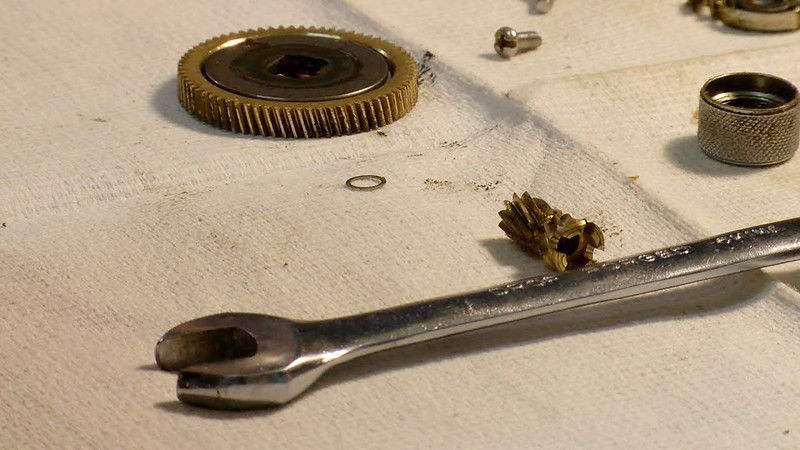 TexasAllOutdoors.com ROBERT STARKS HAS A REEL BROKEN DOWN to begin the process of cleanng it. While a fishermen can and needs to do light oiling to a reel, a complete cleaning involves removing a lot of parts.

I remember the first time I had a problem with a fishing reel and tried to fix it on my own. I remember it because of course I ended up making the walk of shame into a repair shop with the reel in pieces in a bag.

The consoling factor is that every one of you has done the same thing. Go ahead, admit it.

About 15 years ago Robert Starks attempted a home reel repair, but it didn't turn out as poorly. Mechanically more adept, Starks took his reel apart, fixed it and put it back in working order.

The Tyler resident parlayed that experience into a cottage business, one that has kept him active since his military career was cut short by a handicap. He has become the go-to guy for a lot of East Texas' top fishermen and those who just find the lake on weekends when the weather is warm.

Through years of tearing into reels of all brands and styles, he has discovered a lot about those who fish with them as well as the quality of the reels.

He has one golden rule for all fishermen and their reels.

"The primary thing is to keep one as clean as you can. Don't overdo it, but as clean as you can. Just basic maintenance. Put a little oil on the bearings. Not a lot, just a drop or two here and there. It doesn't have to be crazy clean, but you want it to function well. Get the dirt and stuff off of it," Starks said.

Surprisingly a reel does not really get very dirty from fishing. The water that comes back on the line helps keep it clean. Instead, most of the dirt accumulates driving back and forth to the lake and while sitting in the garage.

"It goes to usage and how you store it. Put it on the deck of a boat going down the road and even if you don't use that particular reel it gets a lot of road grime on it. You will be surprised over time how much that builds up. A little bit here and a little bit there and before you know it you have it all over and it can affect the functionality," Starks explained.

Two issues Starks sees from time to time are reels that have spent time underwater or freshwater reels used in saltwater on the coast. Both can cause problems, but in different ways.

"If you are fishing freshwater and it gets dunked just pick it up and let it drain out. You are going to be fine. When you get home, wipe it off and do your basic things like oiling the bearings a little," he said.

If the reel spends a week under water, like his once did, it is going to need a complete cleaning.

As for the impact of saltwater, Starks recommends washing the reel off at the end of the day and then strip the line at the end of the trip and rinse it out to try to remove the salt that has run inside the reel from adhering to the bearings and causing corrosion. A complete cleaning is suggested.

Watching Starks take a reel apart shows why the inexperienced can get into a bind. There are dozens of tiny parts from bearings to washers, hidden lock washers, gears, brakes, o-rings, screws, springs, spacers and... Most are tiny and unless carefully placed on a rag on a table can disappear or end up in the wrong place or upside down.

With that in mind, Starks still believes most fishermen can at least do the month-to-month maintenance if not the annual cleaning. The difference is the ultrasonic machines he uses to shake all the dirt off the parts and out of the frame.

"The easy maintenance stuff is something anybody can do. There is no shame in a Ziplock, but there are guys out there that can take them down and go through the whole rigmarole. I have a machine that can really really get them cleaned inside and out," Starks explained.

And then there is that matter of getting all of the parts back in order and in the right position. If one is out of place the reel won't work.

The simple maintenance may require the removal of a side plate at most to make sure all the bearings and other parts that need it are lubricated. The key is moderation.

"When you look at the worm gear from the factory you are going to see grease or oil on it. You need a drop or two maybe every month. Same for bearings, you need a drop per bearing," Starks explained.

He added not only should it be a drop, but it should be thin oil like the reel oil that comes with it, 3 In One Oil, gun oil or even a drop of transmission fluid.

"Again you want to use a little bit, not a lot. These things are designed to function and work dirty. If you get some wear on them, you might hear some noise," Starks said.

With good reel prices running from $50 and up, Starks said those with the more expensive reels may notice their reel not working properly first because the tolerances are tighter.

"They use better quality materials. The bearing are made out of better materials and they will withstand corrosion better, but what comes with that is obviously more maintenance," he said.

Having serviced most baitcasting brands and models Starks said reels are pretty much the same across the board. The mechanisms are similar, different manufacturers just have their own designs of getting to the end product.

That said, he believes there are some good reels from the lowest price point to the highest. His key recommendation is to go with all aluminum bodies instead of the lighter-weight graphite models to reduce torque, which can cause problems.

If there is a problem that cleaning cannot fix, Starks said most reels can be repaired. The question is whether the cost of repairing a $50 reel makes sense, or if the reel is so old parts no longer exist.

Starks is reluctant to say one reel is better than another because they all have their plusses and minuses.

"It is kind of like beer. You are going to have a guy that hates it and another that loves it," he explained.

He said he has seen fishermen spend $200 and up on reels that turned out to not be very good while others have spent $40 on reels they wouldn't trade.

"That is up to the individual. It is going to depend on how you use it. A guy that goes periodically, once a month, it is going to come down to your budget. It doesn't mean you have to spend a ton to get a lot of quality," Starks said.