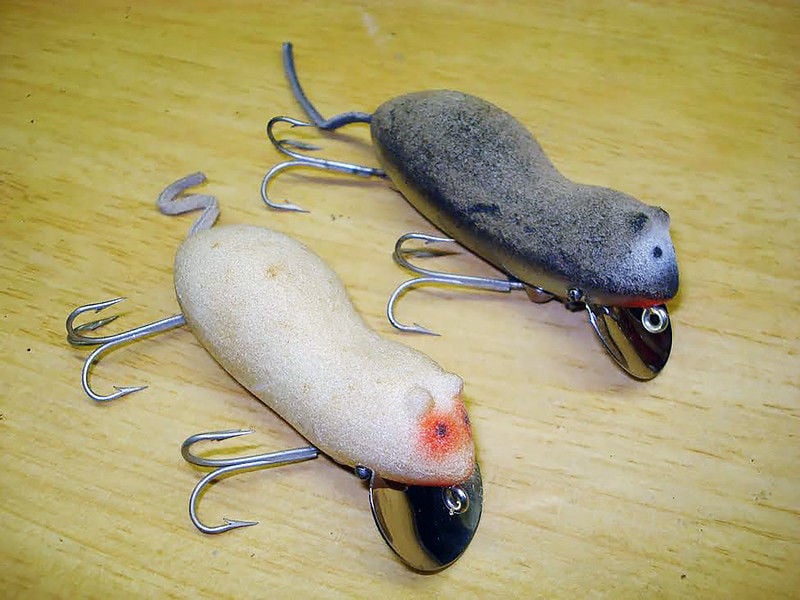 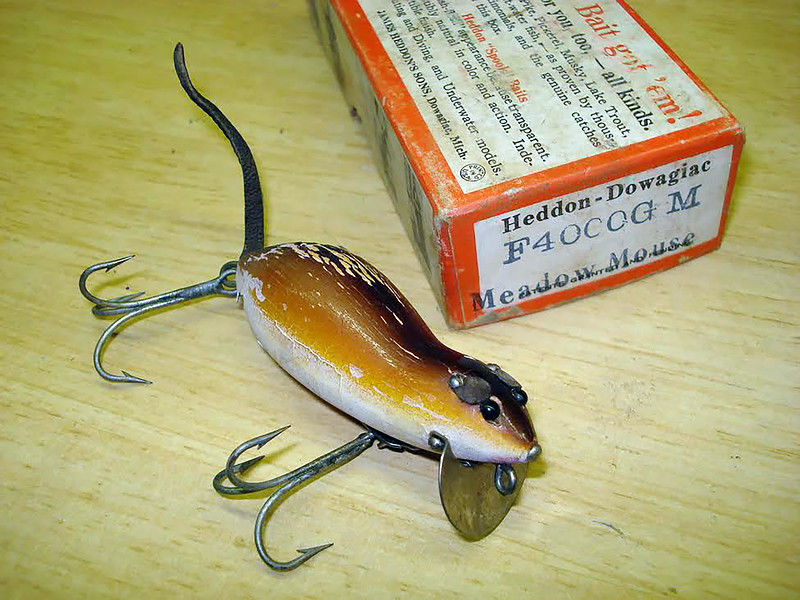 If you build it, someone is going to buy it. That is the mantra of the U.S. fishing tackle industry, and in all likelihood it started even before Nick Creme began selling soft plastic Wiggle Worms in 1949.

When it came to soft plastic fishing lures, the late Tyler resident was a visionary. He came up with the idea and the method to manufacture the first plastic worm. Through the years he also was a master at marketing.

But Creme was not the first to come out with a revolutionary fishing lure, nor was he the last. Lures have been used to catch fish for centuries, but the first commercial bait made in the U.S. goes back possibly to the 1830s and a wooden plug made by the Comstock Company in New York. Credited with the biggest expansion of commercial baits is the Heddon company sometime in the late 1800s.

Through the years the type of baits and the number of companies making them has swelled. That was great because it spurred competition and creativity. More recently there has been consolidation of manufacturers, which in a lot of ways has made the tackle industry a knockoff industry where it is easier to steal an idea than come up with one of your own.

It certainly has not been all bad. It can probably be said the baits today are more imaginative than ever, although certainly pricier.

And there are more variations, or subsets of lures. For example, soft plastics used to mean a worm and then a lizard. Sporting goods stores had worm bars that displayed worms like candy in a candy store. Mix or match and they were sold by the pound.

Initially the biggest change from one year to the next was colors as manufacturers had to do something to increase sales.

Then things began to change in the 1980s when soft plastics began to look like something fishermen had never seen before, and in some cases things that don’t even exist. That trend has evolved into swim baits, creatures, craws, sticks, grubs and frogs.

Crankbait or hardbait manufactures were refining their products to swim deeper or provide more flash, rattle and roll. Some crankbaits lost their lip, others gained a square one. A lot of them still look like old-fashioned plugs, others are now life-like.

Along with a reputation for copying other manufacturers, the tackle industry also has a history of repeating itself. It is quick to make something old new again with a little lipstick here or some bling there.

One example is the mouse or rat bait. They are maybe the hottest topic in bass fishing right now and I am not sure if it is because like Smithwick’s Blinker they are unique or because they catch fish.

The current iteration has been out for about four years, but in that time they have grown in size and complexity.

Some of the mouse/rat baits are just a remake of the topwater soft plastic frog, just in a different species.

Some are getting very life-like and downright creepy. One is a double-jointed bait. My first thought was that it was patterned after a New York City sewer rat.

The mouse bait can actually trace its history back to 1921 when Shakespeare introduced one. The company had several models that were poppers with a tail. They had about as much in common with today’s mouse as the early Mickey Mouse has with the modern version.

Shakespeare continued making the lure until 1955 when its bait line was purchased by Creek Chub Bait Co.

Sometime in the late 1920s or early 1930s Heddon came out with its popular Meadow Mouse hardbait. In 1935 the company introduced the furry Meadow Mouse. The furry mouse hung around until 1955. The company continued to make one version or another of the mouse until at least the 1990s.

In the early 1930s Heddon was also making a hardbait mouse that looked remarkably similar to today’s soft plastic mouse.

And the animal trend apparently does not end with rats and mice. One of the top baits at this year’s ICAST, a fishing industry show where new gear is introduced, is the Savage Gear 3D Suicide Duck. It is a 3D scanned and printed duck with paddling feet and a duck head. Although a cold thought, anyone who has had duck boxes around a pond knows that baby ducks can quickly become bass food.

While the lure has the profile of a duck, it is very likely that the $20 lure is most effective because it creates buzz bait-type action on the water.

Only time will tell if it becomes the Castaic Trout or the Blinker of its time.