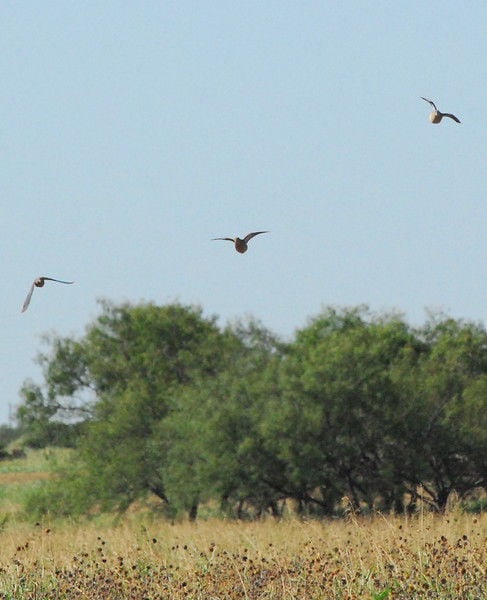 STEVE KNIGHT/TexasAllOutdoors.com Dove season is not only the first hunting season of the year in Texas it is also the first season for a lot of first time hunters. There is always enough action and challenges to keep young hunters interested. 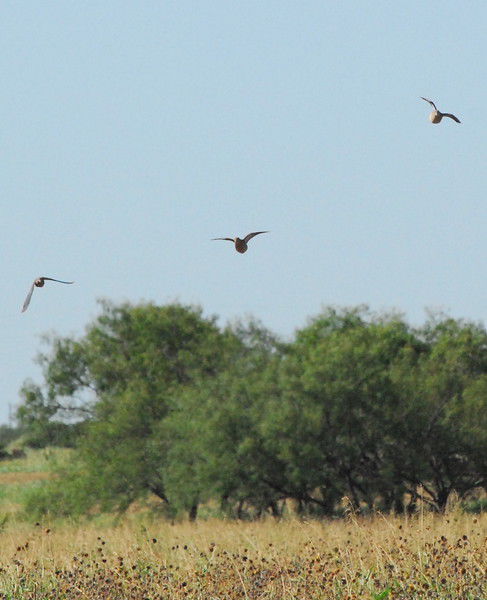 STEVE KNIGHT/TexasAllOutdoors.com Dove season is not only the first hunting season of the year in Texas it is also the first season for a lot of first time hunters. There is always enough action and challenges to keep young hunters interested.

I have probably told you this story before, but I will try to do it better this time.

If I could only hunt one thing, it would be dove. That is why I am looking forward to tomorrow’s open day.

Sept. 1 is a day that I have anticipated almost all of my life, certainly years before I shot a shotgun for the first time. It was my dad’s fault. My mom had a hand in it too.

My dad liked to hunt, but living in Dallas and not part of the Hunt family oil riches, hunting options were limited. My uncle farmed and dad still knew a lot of the farmers around where he grew up, which always meant an option or two. Invitations to other places were easy to come by because in those days a lot of city people’s families still owned farms or had access to fields.

I was pretty young when I first got to go to the field not as a hunter, but as a bird boy. Looking back, I guess I was little more than a two-legged Labrador retriever.

This is where my mom fit in. She did not say no, I could not go. A non-hunter, she often went along sitting in the car reading a book and doling water from the community water can we all used. It seemed like most opening days were hot, and that gallon of ice water made with the cubes from two ice trays (Google it) did not go far.

The biggest fear I had in those days was rain. No one had four-wheel drive and even if they did, the birds did not fly enough to compensate for the amount of black gumbo dirt that would be tracked back into the house.

If it did not rain, my dad and uncles would meet near an old shack where the only trees stood on my uncle’s farm. By law, hunting could not begin before noon. The limit was most likely 12 birds, but it could have been 10.

Eventually I grew into a shotgun, an old double-barreled 16-gauge my uncle kept behind the door. He didn’t hunt, so I consider the gun mine. There was nothing sweet about the gun. It seemed like it weighed a ton and there was no doubt it kicked like a mule, especially since I was never able to shoulder it properly.

After one day my entire upper arm would be black and blue and too sore to lift after only a few rounds, but it was a badge of honor walking into elementary school. I was the only kid I knew that had the battle scars of dove hunt.

My uncle took pity on my father and hauled me around to a few spots where he thought I might get a shot or two. With a pocketful of paper shells I would stand and watch for a bird to come somewhere near range. My first year I was 0 for the season. That does not mean I did not put some lead in the sky.

It was not until I was a veteran hunter in my second year that I finally knocked down a dove. Actually three, if I remember correctly, but one went missing in action because I was so excited to shoot it I forgot to mark it down.

Actually, I may have been OK with losing that bird. In those days we did not breast a dove. We plucked every last feather and fried them like quail in a skillet. That cleaning task came after the hunt on the picnic table in the backyard of our house. It was not the best part of the day.

If I was not hooked on hunting before I certainly was in 1968, when at the ripe old age of 14 I received a Remington 870 Wingmaster 12-gauge shotgun. Shotguns did not come with screw in chokes in those days. You got one barrel in the length and choke you wanted. Mine was a 30-inch vented rib with a full choke.

I chose that configuration because my dad shot lights out with a 30-inch full choke on a Remington Model 31, a shotgun that was probably military surplus from World War II. Mine was from a Gibson’s store in Dallas. Cost $68.

What I did not understand at the time was it was not the gun, but the hunter shooting it that made the difference. My dad was a shooter. Until the year he died he amazed me with shots others did not or could not make.

That shotgun served me well. I killed a lot of birds with it over the years until sadly it was stolen. It was replaced by something similar, but not the same. They were guns without the sentiment or back-stories that old 870 had.

I have now hunted more years without my dad than I did with him. To me, it was fitting that he passed away during dove season.

Like that old 870 I have found new hunting partners in friends and of course my sons, Tristan and Thomas, and maybe someday in the future, my grandson, Connor.

I will be leaving early in the morning for Coleman and an afternoon hunt followed by two more days of hunting. To be honest, as long as I am in the field on opening day, that is all that matters.