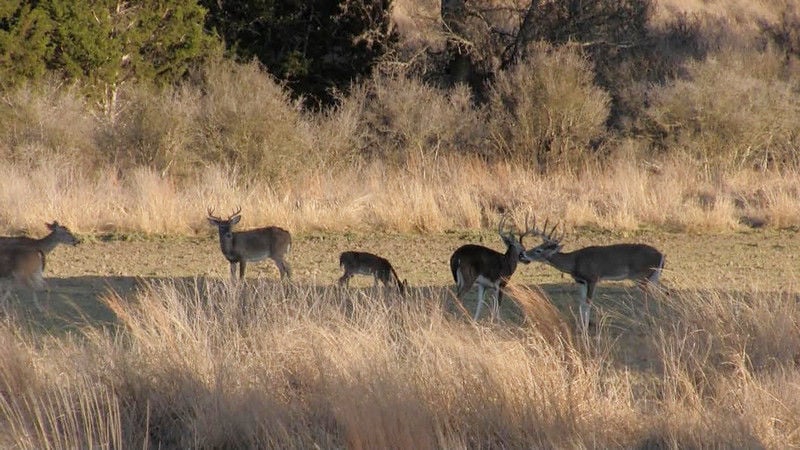 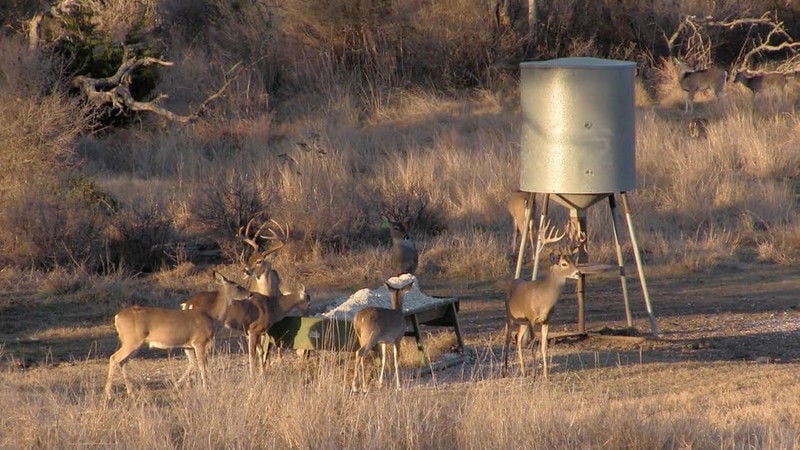 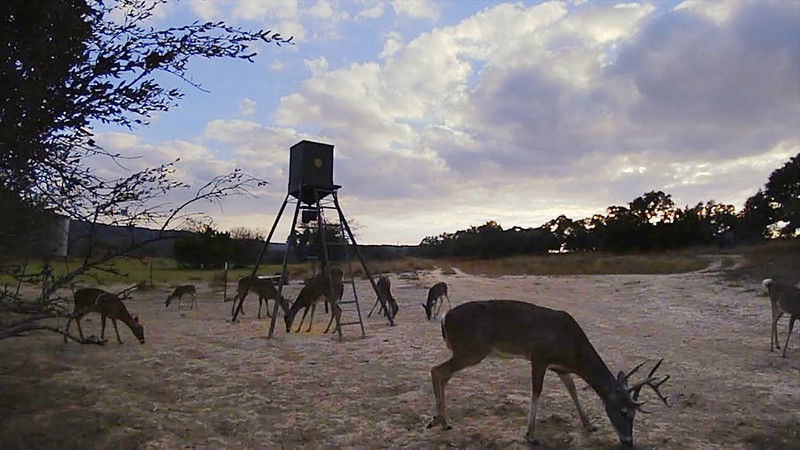 CAMP VERDE – It was our second trip to the 1,300-acre ranch. The first trip came a couple of weeks before the regular opening day. This time it was 10 days after the closing of the season.

Using Managed Lands Deer permit our group of hunters accounted for 55 deer, a quarter of the 220 landowner Bobby Parker was tasked with taking off his property under the program this season.

“We went a couple of years not killing enough deer. We are trying to catch up now. We are trying to get to a deer to five or six acres, adult deer. We were as bad as one deer to two acres. I think we are back to one to four. We will see in the next survey,” Parker said.

In total Parker has had to take close to 600 deer of the property in the last three years. It has been a Herculean task, especially this year, that required family, friends and just about anyone else. And for all his hard work he may have to take off more next year.

Currently in Texas there are more than 10,000 ranches covering almost 26 million acres enrolled in Texas Parks and Wildlife Department’s Managed Lands Deer program for both white-tailed deer and mule deer.

Depending on what level of the program the landowner is enrolled in deer can be hunted from the beginning of October until March.

During the recent hunt Parker, outdoor writer Mike Leggett and wildlife biologist Trey Carpenter discussed the merits and perceived drawbacks to the program. While popular with outfitters, landowners and hunters who use the program, it does not have universal support across the hunting community. The obvious complaint is the access to a longer season. There is also a perception that it is a high-fenced ranch program and that it takes away hunting opportunity from others.

“It gives landowners tools they can use to keep their land in as good of a position population-wise as they can,” Leggett said. “The thing that people don’t like to talk about it, but for many years especially in South Texas they killed these deer and just left them there, or fed them to ranch hands. They didn’t tag them because they didn’t have enough tags, or if anyone found out about it they got written up.”

Carpenter, a former TPWD wildlife biologist, agrees that the program is good for management efforts in Texas.

“To me it is a great tool. The two biggest tools for deer management are MLDs and a walk-in cooler. When someone shoots that deer something has to be done with it. A ranch manager can drive down a road and sees doe No. 42. He has an appointment, but he can shoot that deer, put an MLD tag on it and put it in a cooler until he gets back and give the meat to someone who needs it,” Carpenter said.

While all three agree the MLD program is perceived as a high-fenced ranch program, Carpenter said from his experience that is not the case.

“I have issued as many permits on low fence as on high fence. I scrutinized (low-fenced ranches) more closely because it impacts their neighbors,” he said, adding he uses the program on his family’s low-fenced ranch in Mason County.

As to whether it has cost opportunity is up for debate. More hunters have indeed lost leases in recent years as property is sold to a new type of landowner who is buying it for recreational purposes and doesn’t need the lease money ranchers were once dependent on.

There are those new landowers like Parker however, who doesn’t lease, but is entertaining more hunters because of the program.

“We have had more hunters since the permits because length of time and because of the number of deer we can kill since we use the permit system,” Parker said. “It opened up more opportunity for more friends and more youth, which I think is wonderful.”

However, Parker admits being in an intensive management program he has designate shooters for certain types of deer because not everyone is able to determine which deer should be taken and which should be given more time to develop.

Carpenter, who ran the Granger Wildlife Management Area for a number of years, said he continually saw an increase in demand for hunting slots and talked to many hunters forced off their lease for some reason.

On the upside Leggett and Parker agreed that the program gives hunters involved in a management program a chance to learn from their mistakes.

“A lot will shot a deer maybe they shouldn’t because it is too young or because they can count to 10 so they kill a 10 point. That really defeats the purpose. Now they can get in there and they can learn, we can shoot this dear, we can’t shoot that deer, we shouldn’t have shot that deer,” Leggett said.

In the early days of the program, even TPWD did not know how to use the permits. Carpenter said initially he was told to penalize landowners who did not meet their quota.

“I said we need to be encouraging them, not kicking them out,” he said.

“We are unique in Texas in that the concept of white-tailed deer management began in this state and it has gone out from here,” Leggett said. “That is an evolving process and MLDPs have helped that process. I don’t think as a state we should be limiting landowners, the guys who are entrusted with this resource, who hold those deer and take care of them. We should not be limiting them in any way that keeps them from doing the best management they can and that is the management they chose to do.”

He added, “There has been this mentality we have to protect the deer. Numbers of deer, except too many, are not an issue in this state and never will be again.”

Both Carpenter and Leggett believe if there was one mistake made in developing the program it is that there was not a fee charged either per permit or by acreage. Carpenter once proposed either the fee or allowing a certain amount of public access in lieu of paying.

As a landowner, Parker said he would not have been opposed to paying.

Beginning next fall the MLD program will undergo a major facelift.

“There will be two options of MLD. The Harvest Option, which is an automated option for landowners where harvest recommendations are automatically generated using a new online system TPWD is developing and the Conservation Option, which is similar to the current level 3 MLD,” explained Alan Cain, TPWD’s white-tailed deer program leader.

He said the Conservation Option will require landowners to have an approved management plan, survey data, harvest data and habitat practices for entry into the program.

Making it easier for landowners to participating, starting next season participants will be required to print their own tags, alleviating problems with late-arriving and lost tags.

“We are expecting the new online system to handle MLDP enrollments will be up and running around early May. Deadline for application for the Conservation Option is June 1 and September 1 for the Harvest Option,” Cain said.