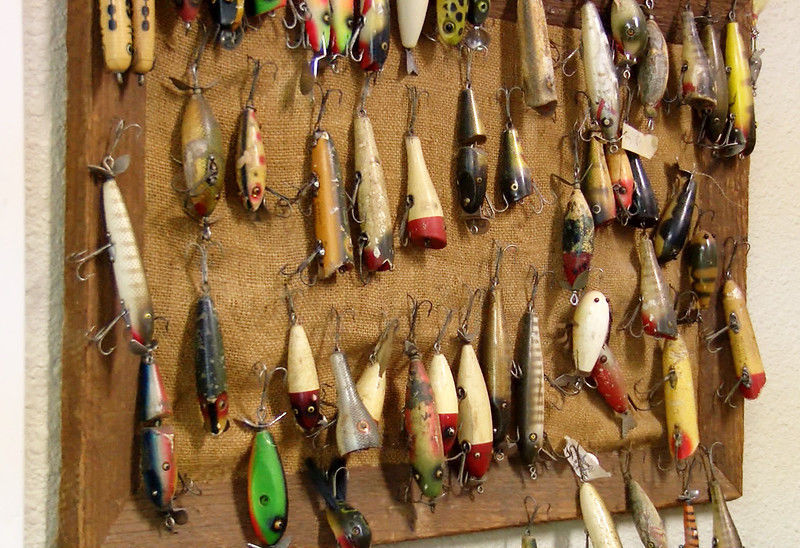 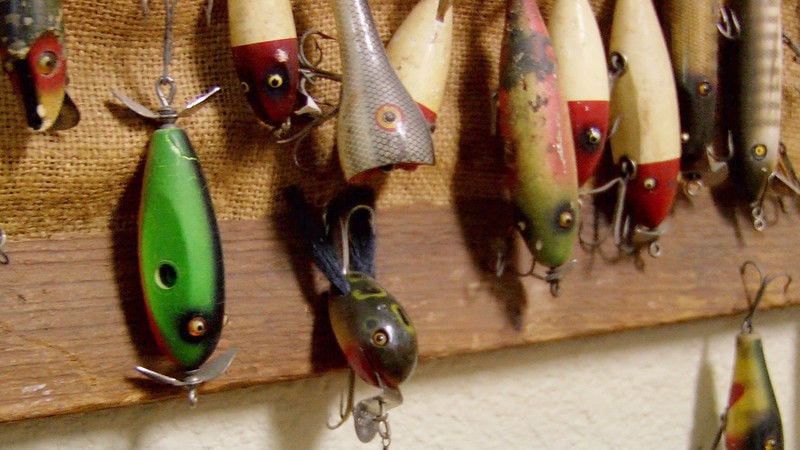 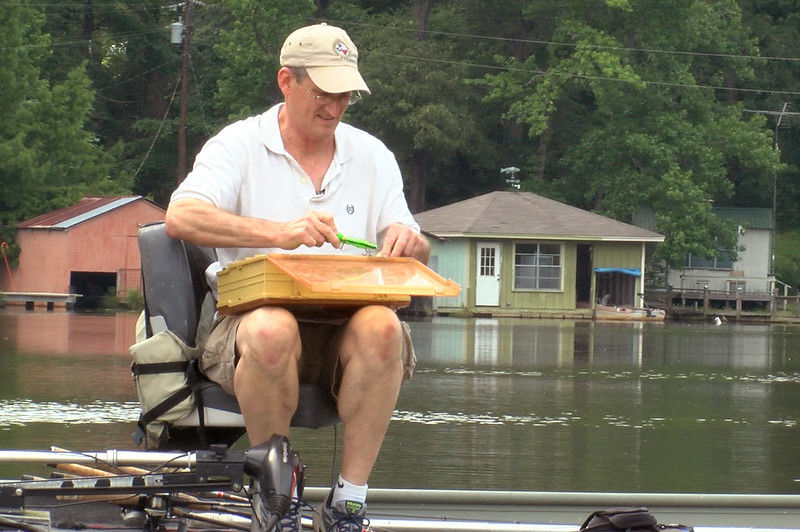 Brent Smith is caught in kind of a time warp when it comes to fishing. Having started bass fishing on the lakes of East Texas in the 1970s, Smith grew up chunking crankbait after crankbait with only an occasional dose of soft plastic worms.

Now 59, the Tyler native still prefers casting and cranking, just not so much with today’s modern baits. So on Fridays and Saturdays, he can often be found scouring garage and estate sales for lures that would otherwise be destined for the trash can. He also scans online sales sites with the mantra that one man’s trash is another’s treasure.

Unlike others in the market for old lures as collectibles, Smith has an eye on them for three reasons - his personal collection, sales to others, but maybe most importantly, to fish with.

“Because they catch fish and when I was fishing a lot what I was primarily throwing or casting was this kind of lure. And they do catch fish and I like fishing with them,” Smith said.

Standing in a garage full of all sorts of collectibles, Smith’s lures collection covers countertops, walls and the floor of a bass boat he has owned since the 1980s. Snatching up old lures used to be easy, then prices began to escalate and more pickers started showing up. Now, prices are down, but the old baits are hard to find as competition to buy them still exists while the number of old lures available has declined.

“I buy whatever I can find usually and it has gotten difficult to find them anymore. Used to you could go to garage sales and find them all the time, but there are so many looking for them now,” Smith explained.

So he buys what he can for fishing, plus he relies on an inventory he built up during his days working at The Sportster sporting goods store in the mid-70s and early 80s.

While some of the lures he shops for are still available today, Smith said there is just something about the color and materials of the older ones that makes them different.

Smith does sell old lures and fishing tackle, typically duplicates, ones that don’t catch his fancy or things of extreme value he doesn’t plan to keep in his collection. It used to fund his purchase of more, but like all antiques the values have dropped immensely in recent years.

“Lures are down right now, for what I see, except for the real rare high quality like in any stuff. The Japanese don’t buy near what they used to buy. They want all the old stuff to fish with we used to fish with, the old Ambassadeurs and pistol grip rods, and they were paying big money for all that stuff. But it is way down,” Smith said, adding that just a few years ago some baits were bringing $500 and more.

With a collection that includes hardbaits like Heddon Meadow Mouse and Dowagiac going back into the 1920s, Smith is like any fisherman today in that he loads his tackle box with lure types and colors he has confidence in.

“There are certain lures that I like. I like Hellbenders. I grew up fishing Hellbenders a lot when I was a little kid and I just like them a lot. They had so many colors as did Bomber. That is another issue with me with the newer lures, the colors are not as good. The old colors are much better to me,” he explained.

When it comes to today’s colors, Smith said they are often called the same, but there are subtle differences, the primary of which is that the older lures featured a more flat paint finish compared to the more glossy colors now.

“The two best colors to me, two finest fish catching colors there has ever been is this Bomber 40 color, which is a silver with a little pink shade to it, and a fire tiger. There are still a lot of fire tigers today, but the flat paint, to me, is a lot better than what is out there now,” Smith said.

Additional changes include the older baits often being heavier, making them easier to cast. Also important to Smith is that the old baits are if not handcrafted at least hand-painted in America. Two examples were Texas-made Bombers Baits from Gainesville and Whopper Stopper Lures from Sherman.

“There were a lot of manufacturers here in the south,” he said.

In the mid-70s, a standard crankbait might cost $2.99 and a premium lure like a Bagley would bring about $4.99. Based on the inflation rates the top-of-the-line lure would be about $21.50 in today’s dollars, or the cost of a top-tier crankbait now.

Smith said serious collectors are looking for baits in pristine conditions, preferably in the box. There are also some brands that are more popular than others.

“Heddon is probably No. 1 as far as what people collect, and Creek Chub Bait Company then there is some others. Bagley is big now. People are finding Bagleys from the 70s,” Smith said.

He said in some instances a collector may want to collect every color made of a particular model lure. In the case of a Heddon Chugger Spook, that may be impossible because there were so many options over the years.

The Holy Grails are the one-of-a-kind lures. Smith said going back in the 1930s companies like Heddon and Chub Creek would paint lures to a fisherman’s specific design if they would order a dozen or more.

But for Smith, a lure is not worth much if it will not catch fish. While he has given up on his 5 1/2-foot fiberglass rods with pistol grips and Ambassadeur 5500C, Smith still hauls around two or three tackle boxes of the old lures.