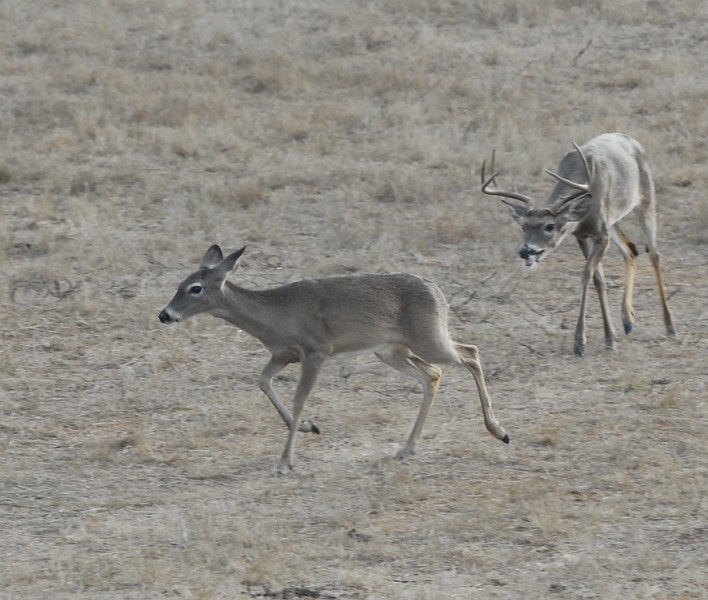 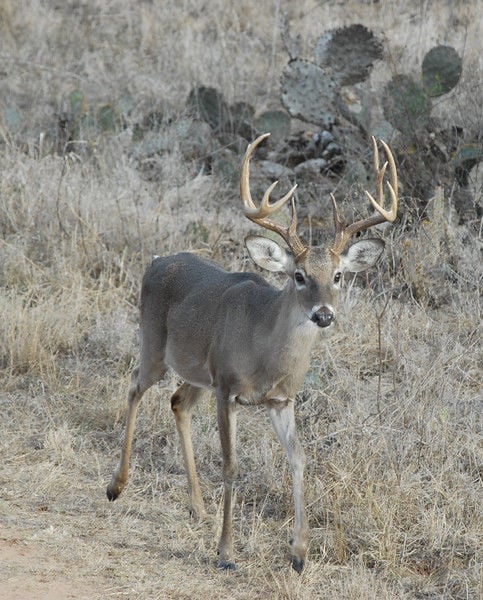 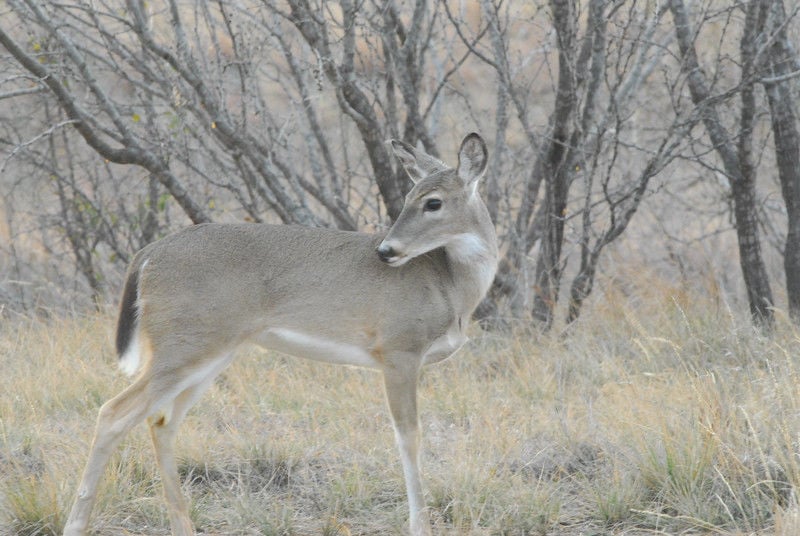 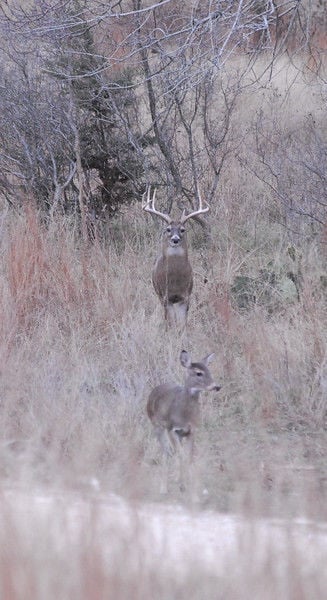 Don Meredith made the line if ifs and buts were candy and nuts, Christmas would come all year famous. He was not describing the potential of the Texas deer season last year and this year, but he could have been.

An untold number of game cameras statewide have been chronicling antler growth since spring. The results are good.

Beginning Oct. 1 with the opening of the statewide archery season and hunting under the Management Land Deer program, the chase to find the best of the best begins.

The big picture from Texas Parks and Wildlife Department biologists is this year’s prospects for antler quality is better than last year, and that is saying a lot.

“Overall it should be a great year. The white-tailed deer population is expected to be around 4 million deer again this year, which means plenty of opportunities for hunters,” said Alan Cain, the state’s deer program leader.

“Antler production should be excellent from a statewide perspective. The vast majority of the state was green in the spring through the antler growing periods and even despite some of the hot, dry conditions in July and August habitat was in excellent shape to provide the nutritional resource for bucks to maximize antler growth.  I’d expect to see some exceptional trophies from around the state this year, not just the traditional areas such as South Texas,” the biologist said.

Like last year, conditions that are great for deer may be too good for hunters. Hunters locked on feeders may not be in the best position to get a shot at the big bucks. With the exception to the Hill Country, the recommendation early is to hunt away from feeders.

“We are in great shape throughout South Texas. Deer harvest last year was not super high due to the good forage conditions, so there is a lot of carryover of bucks from last year,” said David Veale, TPWD Wildlife regional biologist for South Texas. “The only real negative is the reduced number of bucks in the 5ﾽ-year-old age class from the really low fawn production from the 2011 drought.”

Based on range conditions Veale is one of those recommending being flexible. Hunting trails, and concentrating on the rut are his keys to success.

South Texas’ Medina County became the epicenter of a Chronic Wasting Disease investigation last year, and will be so again this season.

“We will continue increased statewide voluntary CWD surveillance from hunter-harvested and roadkill deer. With Medina County having multiple CWD positive breeding facilities, we are focusing our efforts inside of a CWD surveillance zone to provide confidence on if the disease has spread into the surrounding population or not,” Veale continued.

“The zone is basically a box from Hondo, west to Sabinal, north to Utopia, east to Tarpley and back down to Hondo. We are trying to collect voluntary samples from every deer harvested in this zone.”

If the department gets the number of samples needed, he expects the program to remain on a voluntary basis.

“We will have voluntary check stations in Hondo and Tarpley that will be staffed seven days a week from 9 a.m. to 9 p.m. from Oct.1 through Jan.15, only being closed on Thanksgiving Day and Christmas Day, and closing at noon on Christmas Eve,” Veale said.

With an estimate 2.7 million deer, the Texas Hill Country is the most populated region in the state. Good rainfall this summer should mean excellent antler quality on well-managed ranches.

“The August rains were the icing on the top of a good year.  While we got really dry in June and July the rest of the spring and summer we had good rains and some of the best habitat conditions we have seen in years,” said Rufus Stephens, regional biologist for the Hill Country.

The only downside will be that missing 5ﾽ-year-old age class.

“I do think we are still suffering from the 2011 fawn crop effect which specifically has increased harvest on other age classes of bucks and is resulting in few older age class bucks. So I am saying there may be few mature bucks out there but they will be a better quality,” Stephens said.

With high fawn crop survival the last two years, doe harvest should continue to be a priority in the region.

With the CWD outbreak at the region’s backdoor, Stephens said he is concerned about the spread northward, but ironically he said the existence of high-fenced ranches may created a buffer.

The biologist said unlike other regions, deer in the Hill Country are pretty much trained to come to corn. Even with a native food source, he expects them to keep coming.

The Cross Timbers/North Central Texas Region is the second most populated region of the state with a deer population estimated at almost 600,000. Based on recent fawn crops the region is expected to have good numbers in each age class with again the exception of 5ﾽ-year-old deer.

“Although we entered last season with good range conditions, overall the harvest was not a disappointment. There were some really nice deer taken even though deer may have been reluctant to stop at the feeders,” said Kevin Mote, TPWD’s regional biologist in the Cross Timbers.

Mote said the region has received above-average rainfall the last two years, and some areas stayed wet in July and August picking up six to eight inches. That means a better-than-average shot at some big bucks.

“The potential is there for some big deer, but I doubt few of them will be camped out at feeders during shooting hours anyway. Lots of triplet fawns are reported so it will be important for serious managers to focus on achieving harvest quotas. Last but not least, we should be seeing signs of recovering from a lost cohort in the drought of 2011.

He thinks, however, there will be some excellent quality 4ﾽ year olds in the population.

Hunters in East Texas’ Post Oak Region are seeing the benefits of changes past, and will be enjoying the fruits of changes coming.

Antler restrictions that protect deer with less than a 13-inch inside spread have been around since 2006. The rule is making a difference.

“Through the utilization of antler restrictions the harvest of 1ﾽ-year-old bucks has decreased significantly. Harvest data from the past few years suggests a trend of increasing numbers of older bucks in the annual harvest. Bucks make up more than 55 percent of the total harvest and 70 percent of those bucks are at least 2ﾽ years old, and 25 percent are 4ﾽ years old or older,” said John Silovsky, regional biologist.

The big change coming this year is an increased number of doe days.

Silovsky said the potential for this season is high through most of the region.

“The Post Oak Savannah region received average to slightly above average rainfall for the first five months of 2016 and coupled with the surplus rainfall from 2015, range conditions should be considered good. These plentiful rains have provided high quality habitat conditions. With any additional rains late this summer habitat conditions in the uplands should be good to excellent as we approach fall hunting seasons,” he said.

Again, good forb growth and a strong acorn crop could reduce deer movement. An exception to the quality habitat in the region could be creek and river bottoms that remained flooded through much of the growing season.

The Pineywoods is also looking good going into the season.

“I am expecting this to be a pretty good season overall.  It appears that we should see good antler development and fair to good body weights,” said regional biologist Gary Calkins.

The biologist said fawn numbers are high in the region and recommends hunters taking doe early. One exception to the high numbers is going to be along rivers that flooded in June, but Calkins said those are localized.

Calkins said it appears last year’s harvest was down and that should result in an increase in the number mature bucks, with the exception of that 5 ﾽ-year-old age class that is missing statewide.

East Texas antler quality has been trending upwards this year, and it is expected to continue.

“We are seeing a combination of the antler restrictions working and just a better overall management mentality taking over out here that is starting to pay dividends. The success of past seasons is telling folks it is possible and is starting to help feed the management mindset.  Also, folks are starting to realize that the antler restrictions are working and they don’t have to shoot the first legal buck they see and can actually hunt and be selective,” Calkins noted.

His recommendation for hunting success is to get back in the woods and hunt the trails. An expected bumper acorn crop could keep the deer off corn until a hard freeze.