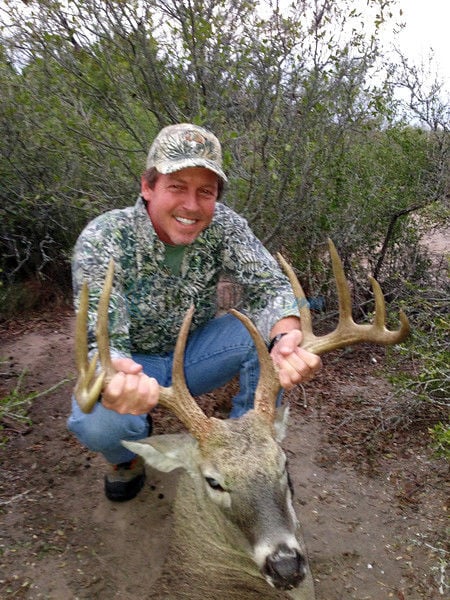 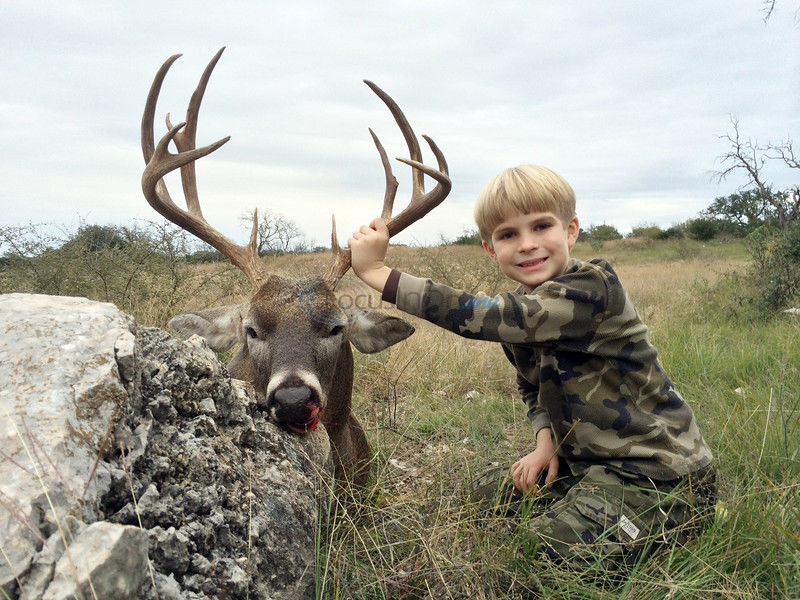 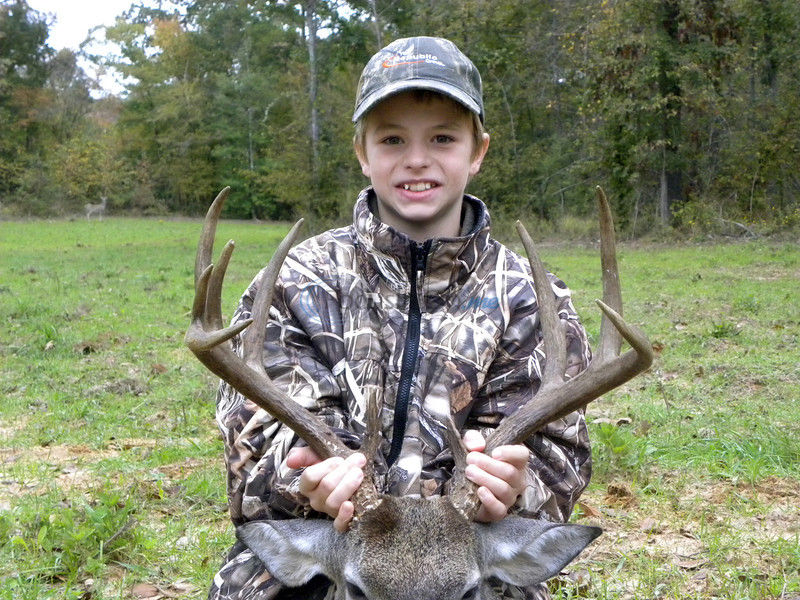 There are two changes in Boys' Division with Will Martin, 7, Tyler leading with an 11-point McCulloch County buck scoring 138 4/8. George Bergfeld, 10, Tyler, moves into third with an Anderson County 10-point scoring 129 4/8.

For several years Parma had been a designated cull doe hunter on the ranch, but was upgrade this year and allowed to take a buck.

"Needless to say, I was looking forward to the trip. The weather was pretty good for early November with lows in the 50's and highs in the upper 70's and I decided to go after one of the deer they told me had been seen," Parma said.

The first night of the hunt Parma sat in a blind known as Bitty's Tank. He hadn't seen anything, and balked at returning the second night.

"Before going out that evening though, everyone agreed that I should give this blind one more chance. I arrived at the stand in the late afternoon and got settled in. Almost immediately, I had several does come out and start eating corn. About 45 minutes later, the action picked up as the 10-point buck I had been hoping to see came out of the brush, but did not provide a clear shot. Unable to get on him quickly, I had to wait until the buck gave me an opportunity to shoot," Parma said.

The hunter used the time waiting for the big buck to reappear to calm down.

"Finally, the buck came clear and trotted to a nice open area at about 125 yards away. That was the break I needed and I got a nice broad side shot. I made a good hit and the buck ran a short distance and crashed into the brush," Parma said.

After taking his first buck last season, 7-year-old Martin was anxious to return to the lease to hunt with his father, Mike Martin Jr. He may have especially been so since his sister, Millie, moved into second place in the Girls' Youth Division the week before.

"Our first day to hunt was uneventful until the afternoon. We had been driving around in when we spotted a very old buck with a doe. My dad said ‘There's your buck,'"

After discussing the buck for a second, Martin raised his .223-caliber rifle and took the shot. The buck ran behind some nearby trees.

"My dad warned me that he might be coming out the other side and to be ready. I held steady and waited. His doe stepped out of the trees and he was not far behind her. At 220 yards I took the shot and it did the job," the young hunter said.

The buck had a 16-inch inside spread and a longest main beam of 20 7/8 inches. The longest tine measure 12 3/8 inches the largest base circumference measurement was 3 6/8.

Bergfeld was hunting with his dad, Andy, near Frankston when he took his buck. They arrived about 5 a.m., and the 10-year-old took a nap until about 7.

"I knew this was going to be a good hunt because all of the good deer come out in the morning. I sat and looked and caught a glimpse of something, but it was another hog. Then something else caught my eye coming from the right. It was a young 10-point," Bergfeld said.

While watching it, another buck came out from the same direction.

"The minute I saw it I told my dad it was a shooter. It was a mature 4x6 and I got the gun up and waited for a clear broad side shot at about 95 yards. I got a minor case of buck fever. I squeezed the trigger and BAM! The deer ran straight at me and stopped again at about seventy yards. I squeezed off another shot and the deer went down. When we got to him, he had two shots in the shoulder. I was so excited because I had been hunting here for four years and had been waiting for a mature buck," the young hunter said.

Sawyer Parker, 10, Mansfield, drops to second in the Boys' Division with an 11-point Anderson County buck scoring 137 4/8. Gibson Walker, Rowlett, drops out of the running.