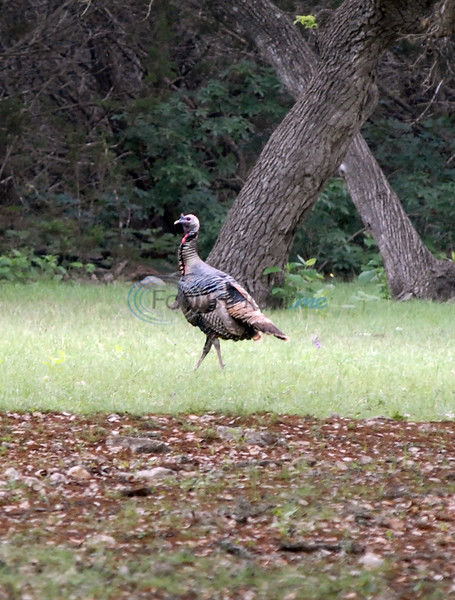 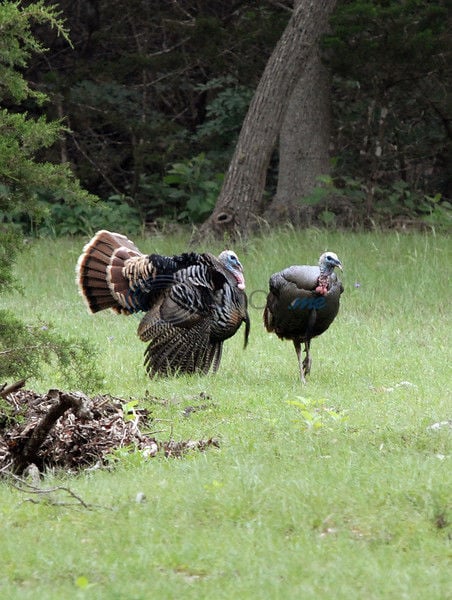 Spring turkey season opened in Texas South Zone this weekend, but for most of the state's hunters the beginning comes March 29 in the North Zone.

A religion in some southern states, spring turkey hunting just doesn't have the same kind of following in Texas. The reasoning may be the sheer number of Rio Grande turkeys in the western two-thirds of the state makes it seem too easy.

Texas spring turkey hunters take about 20,000 birds or about half of the year's total harvest, according to Texas Parks and Wildlife Department numbers.

"This is around average over the last five years, but down from the long-term mean," said Jason Hardin, TPWD's turkey program leader. "Our highest harvest report was from the 1987-1988 season with an annual harvest of 86,092."

For those who have succumbed to spring turkey hunting's appeal, it is as interactive as any type of hunting in Texas. The goal is to use a series of calls to entice a mature tom to within shotgun range. In that way it is much like duck hunting.

The difficulty comes that during the course of a season toms might be without hens, but looking, with hens, but potentially available later in the day or again without hens and soon to lose interest as the breeding season winds down. Depending on which cycle the birds are in, a hunt may last minutes, half a day or never really happen at all.

What is not an issue is finding turkeys. Counting wild turkeys would be like counting wild cats, but TPWD knows the number has climbed substantially since the birds were almost being wiped out by 1800s-era settlers.

In 1959 the state's turkey population was estimated at just 100,000 birds. Through population peaks and valleys the number of Rio Grande turkeys in Texas steadily started to increase in the 1960s before exploding about 15 years ago.

Texas is an important stop for those seeking a U.S. wild turkey grand slam, a fete that includes four species: Rio Grande, Eastern, Merriam's and Osceola

Although there are other states with Rio Grande turkeys nowhere can they be found in numbers like they can here. And there is nowhere like the Edwards Plateau as home for the birds.

"The Hill Country regularly sees the highest harvest followed by the Cross Timbers. The farther you go south and west the overall density decreases on a per acre basis, but where there is habitat in the form of roosting cover primarily numbers can be very high. The Rolling Plains has very high carrying capacity in and around river drainages," Hardin said.

"If I had to choose a place to hunt high densities I would head to a river drainage in the eastern Rolling Plains from the Canadian River south to the Prairie Dog Fork of the Red River," he added.

And the Rios are still on the move with most population growth coming eastward through stocking. TPWD has been stocking the birds to the point where they will soon butt up against the transition line between Rio Grande and Eastern turkey habitat east of I-35.

Despite the number of turkeys, hunters have struggled in recent years because drought conditions have hurt production. The drier cycles have also killed roost trees in marginal habitat. Turkeys need to pull off a successful hatch at least every other year to maintain numbers.

"In 2010 bird numbers went up all over the Rio range," Hardin said.

For most hunters it won't be an issue this spring as the number of mature toms is reportedly up in across most the state.