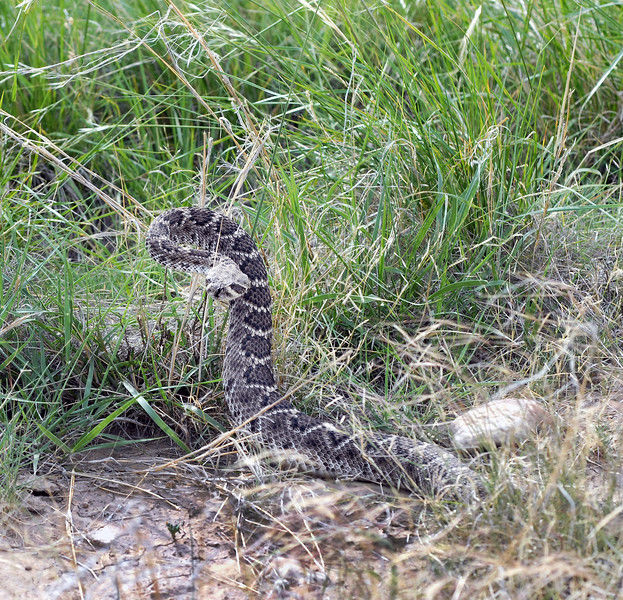 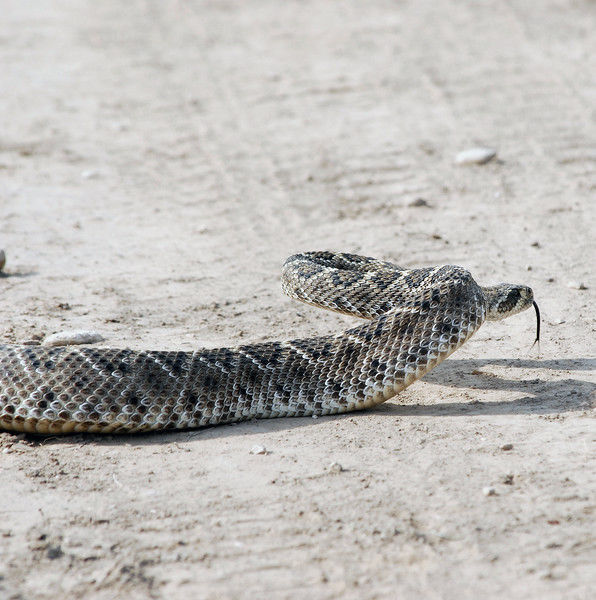 In Texas, the mindset for most people is the only good rattlesnake is a dead rattlesnake.

Of course, that belief is for the snakes you can see. It is the ones that are hidden that can cause problems, and with Texans starting to come out of their winter hibernation and heading to the fields to spring turkey hunt or to state parks for camping and hiking the chances of seeing rattlesnakes are on the rise.

"They are going to start moving now, this time of year. There are some places where the snakes are already active like most other wildlife," said Andy Gluesenkamp, the Texas Parks and Wildlife Department's herpetologist.

Coming out of their winter dens Gluesenkamp said the reptiles are generally going to be involved in two activities, eating and mating.

"They will mate from March through May, but there are reports of mating as early as January and as late as October. I have already seen some photos of males sparring. They do a little dance. It is kind of like arm wrestling," the biologist said.

It is an odd sight to see two males snakes extending upwards from the ground as high as possible in an effort to show dominance over the other. When it is seen, Gluesenkamp said there is one certainty.

"When they are doing it I can guarantee there is a female nearby," he said.

It is hard to make a lot of specific statements about rattlesnake behavior because a lot of it has to do with range conditions and the availability of food sources which differs from place to place. What is known is that males tend to travel more than females because the males are looking for mates while the females are more focused on what. Also, a rattlesnake's home range is not very large.

"They are a lot smarter than we give them credit for. They live on a tight budget with a small window for error. They know their range. If they are not in familiar landscape they waste time not know knowing where they are and are more likely to make mistakes," Gluesenkamp said.

He added that while rattlesnakes may be found in large numbers sleeping in dens during the winter months, they are more solitary when they are active. Again, because of the diversity of the habitat in the two-thirds of the state where Western diamondback rattlesnakes are found it is impossible to say how many snakes per acre make up carrying capacity.

Also, females may go off to find a hollow log or somewhere secluded to give birth, but will quickly be back on the move looking for food again.

"They get big and fat, and they give live birth. Typically the females will stay with the young for a day or so, and then they go on their way," Gluesenkamp explained.

Rattlesnake activity is impacted by a number of environmental factors including ground and air temperature. Extremely cool mornings could slow the snakes down some, but they could be back up and hunting as the day warms.

Gluesenkamp said overall snake numbers are dependent on much the same conditions as other wildlife.

"Drought is really, really tough on snakes because they are dependent on ground prey like mice and rabbits. A good year for prey species is likely to be followed the next year in higher snake numbers, but there are so many factors that go into that including perception," he said.

Gluesenkamp explained a high number of rattlesnakes to one person, may not be that high to others more accustomed to them, and that there is always an increased number of people with snake concerns in the spring and early summer when the people are most active in snake habitat.

While there is a lot of concern over rattlesnakes, there is typically only a death or two from all venomous snake bites in Texas annually. That compares to an average of about four deaths per year from lightning strikes, about six or seven from dog bites and an even greater number from insect stings.

"I give the same advice to every group I talk to. Don't put any part of your body where you can't see it. Step on large rocks and logs instead of next to them. Rattlesnakes are like broken beer bottles, they can be anywhere, you don't want to handle them for any reason and they are going to hurt you if you do handle them," Gluesenkamp said.

He also advises that if you do encounter a rattlesnake, keep calm. As a herpetologist he prefers not killing the snake unless it is an immediate threat to humans or livestock.

"Ninety-nine percent of the time if you stop the snake will move away, no threats, no nothing," Gluesenkamp said.