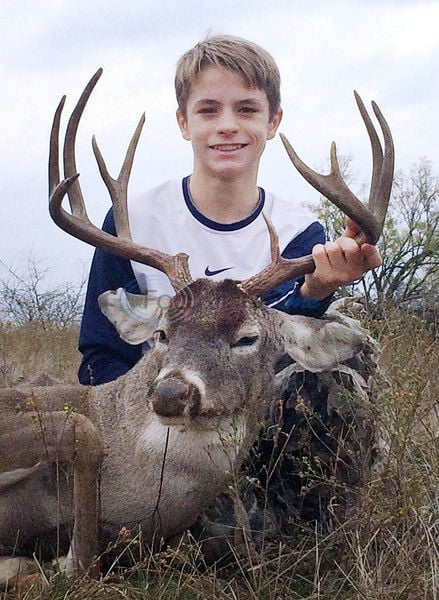 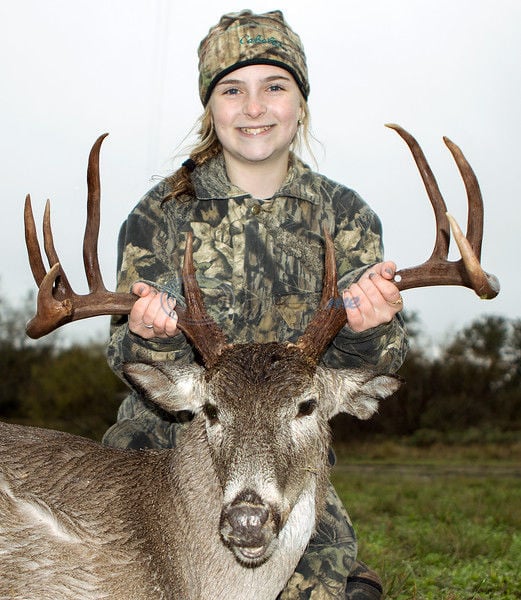 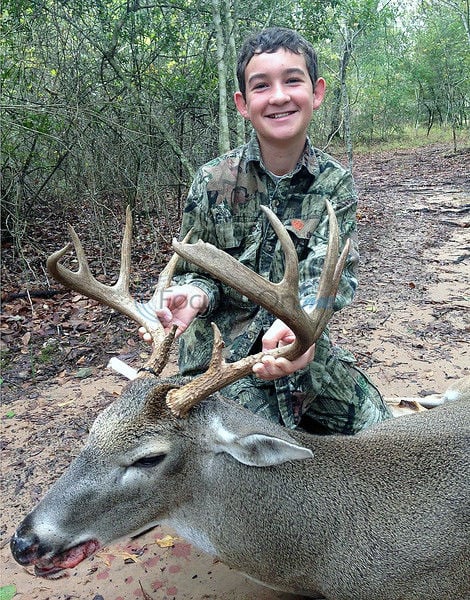 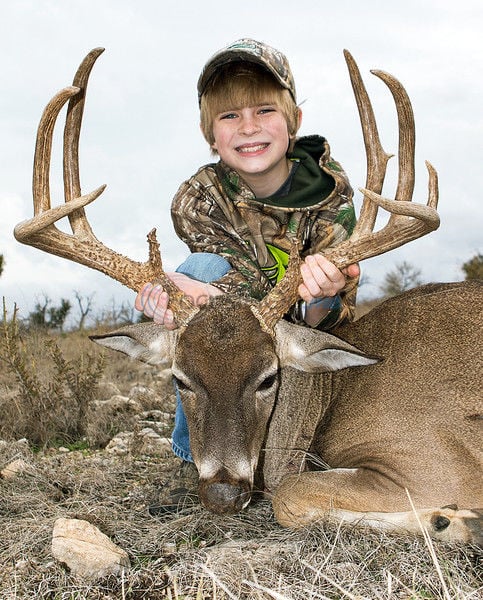 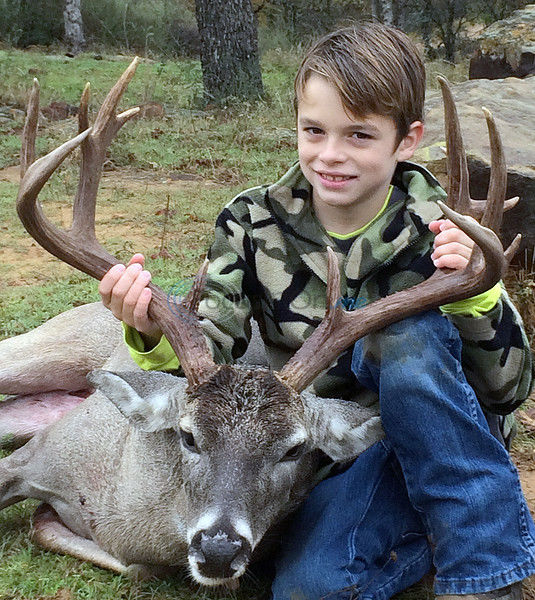 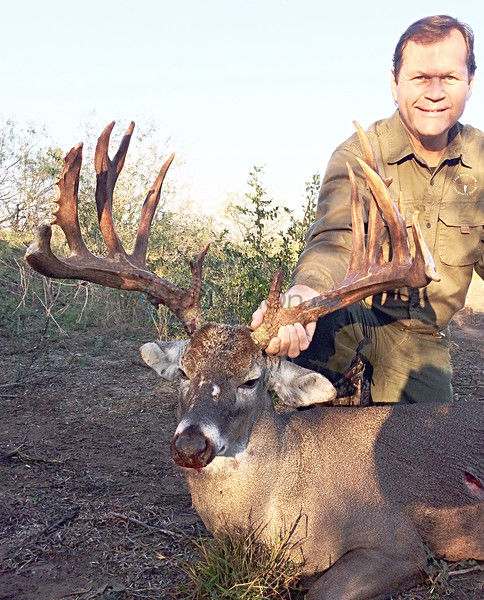 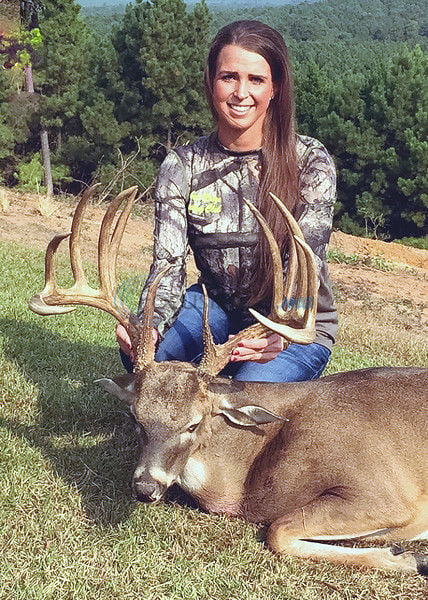 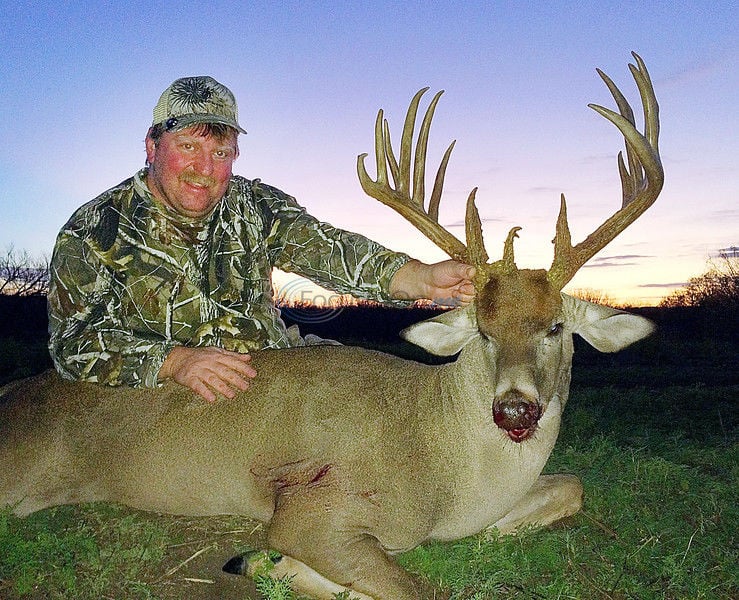 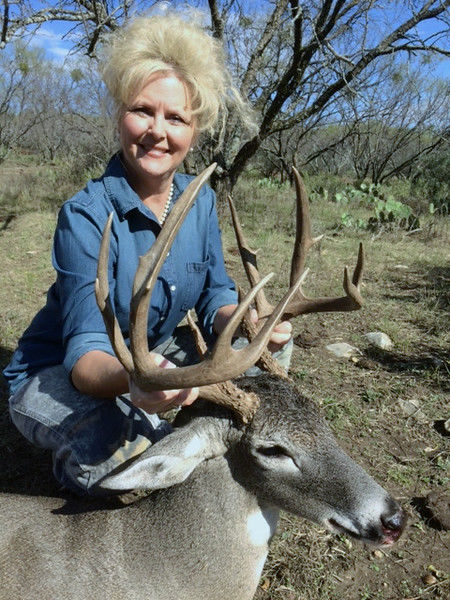 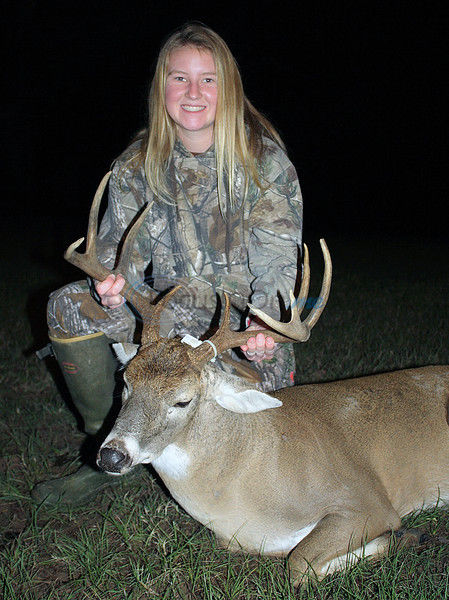 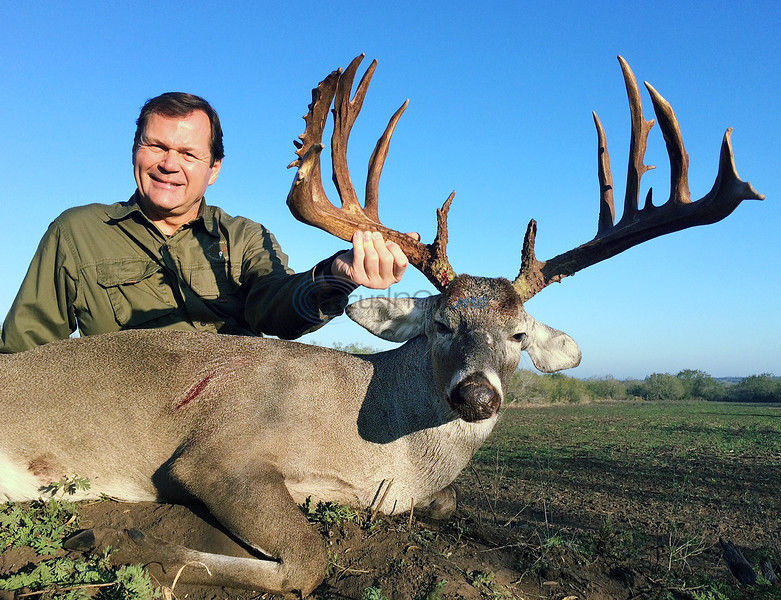 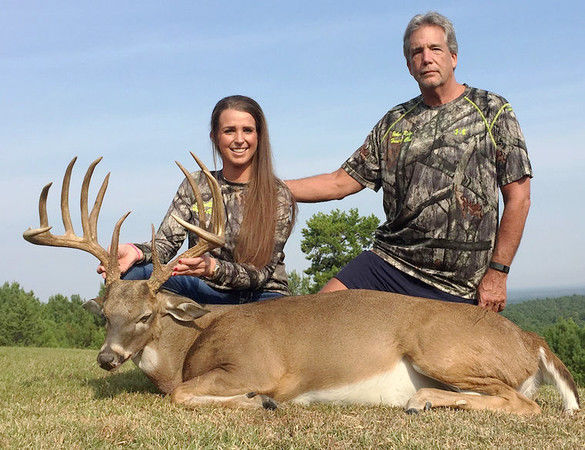 The results of the 36th Tyler Paper Big Buck Contest were like this year's Texas white-tailed deer season, short on quantity, but long on quality.

This year it took a 193-inch deer to win the Men's Division, and that wasn't the largest deer scored at an all deer scoring day for the contest held in conjunction with the Texas Parks and Wildlife Department and the Texas Big Game Awards Program Jan. 23.

A native of Nacogdoches now living in Bryan, Gehrmann first spotted the buck when it was a 4ﾽ–year-old. At the time it sported fewer points, but was recognized for its quality and allowed to walk on a lease where hunters try not to take trophies under 5ﾽ.

Fast-forward three years to Oct. 7 when Gehrmann and her father were sitting in a box blind on their lease when about 30 minutes after shooting light she saw the first activity on the edge of a food plot about 150 yards away.

"I grabbed my binoculars and I knew immediately it was him. He was standing in some goatweed and all I could make out was his horns. There was no mistaking that deer."

As her dad looked for broken tines, Gehrmann watched as the nervous buck walked out of view. It had been spooked by a doe, but only for a brief moment. It quickly returned. This time at 100 yards.

"I threw my gun up and I guess he saw the glare off my scope or something. He stopped and was just staring right at us," Gehrmann said.

This time she didn't give it a chance to leave, dropping it quickly with her .270-caliber rifle.

The buck was just fractions of an inch away from being a monster typical buck. However, two long points, an 11 4/8 and a 10 6/8, were growing just off the main beam line making them abnormal.

Pam Lott, Flint, was second in the division with a McCulloch County 13-pointer scoring 147 3/8.

Lott took her buck opening morning after a heavy thunderstorm caused her to have a late start.

South Texas was set up perfect for Blomdahl to take a big buck. The ranch he hunts received more than 40 inches of rain through summer. The hunter went into the season hoping for a shot at a mature buck that had been picked up on a game camera earlier in the year. It is believed to be the offspring of one taken several years ago that grossed 184 5/8.

Blomdahl first spotted his buck in the field Thanksgiving, but at 300 yards he didn't risk a shot. He returned Dec. 7 and the buck was spotted again chasing does.

"After accounting for the wind direction and finding a spot that we thought would provide the best vantage point, we set up a ground blind where I could hopefully get a shot at him," Blomdahl said.

The first afternoon he saw a lot of game, but not the big deer.

"The next morning I got up extra early and into the blind an hour before dawn just to keep the area quiet and undisturbed for a while before sunrise in case he was near and decided to make an appearance. Not too long after sunrise, I began to see some does and then this large framed buck. It took another long and agonizing 15 minutes before I had enough light to clearly identify him as the buck I was hunting. After finally realizing that this was indeed Moose II, I got in position and took about a 100-yard shot. He ran about 50 yards and dropped. I knew I had taken my buck," Blomdahl said.

Although the deer won't complete the 60-day B&C drying period until Feb. 7, it was scored by a B&C scorer for the contest. Final net scores were 164 4/8 typical and 187 6/8 non-typical. It falls just short either as a typical (minimum score 170) or non-typical (minimum 195) for the all-time record book.

The buck got an inside spread credit of 21 1/8 and had a longest main beam of 22 5/8 inches. It had two tines over 11 inches and three over 10 inches. Both base circumference measurements were 4 6/8 inches.

Ken Harding, who hunts the same Live Oak County lease, was second with 14-point buck that scored 176. It was a buck he had seen a year earlier, but wanted to give it another year to grow.

The buck initially was scored higher, but it turns out it was not scored properly according to Boone and Crockett rules. What were initially scored as non-typical points were actually a third beam, and B&C rules do not allow the scoring of more than the two main beams.

The deer had an inside spread of 16 6/8 inches and a longest main beam of 21 4/8 inches. The longest tine was 9 3/8 inches and the largest base circumference was 5 inches.

"I was hunting with my grandfather, Mike Martin Sr. One afternoon we were sitting on his top-drive rig and had been watching a group of deer. My grandfather spotted a buck, but we didn't have a good view of the buck. We decided to get a closer look and inched the rig forward. My grandfather said ‘It's a giant and you should take the shot,'" Will Martin said.

After getting in position, he dropped the deer at 157 yards.

Alexander Bergfeld, 8, Tyler, was second after killing his first deer last season on his family's ranch in San Saba County. The 11-point buck scored 141 7/8 inches. It had an inside spread of 22 6/8 inches, a longest main beam of 20 6/8 inches and a longest tine of 11 1/8 inches. It largest base circumference was 4 1/8 inches.

Sawyer Parker, 12, Mansfield, was third with an Anderson County 11-point buck that scored 134 1/8. Parker was hunting with his father, Dean, a Tyler native, when he took the buck. It had an inside spread of 18 1/8 inches, a longest main beam of 21 4/8 and a longest tine of 8 3/8 inches. Both base circumferences were 4 inches.

Millie Martin was hunting with her father, Mike Martin Jr., when she took her buck.

"The night before I had been trying to find this deer. It was a freezing cold morning and pouring down rain. At about 7 a.m. we saw the deer I had been hunting the night before. We waited patiently for him to walk into our sight range," she recalled.

Cold, they moved inside the truck and waited until the deer walked out. With her dad kneeling on a knee to provide a rest, Millie took aim as the deer moved to about 45 yards away.

"I had been so anxious for the shot, I could feel buck fever kicking in and I began to shake. I held my breath and squeezed the trigger. The first shot hit its mark and he began to stumble. Then the second shot hit and he fell to the ground. I was so excited I let out a scream," she said.

Martin was the only entry in the division.