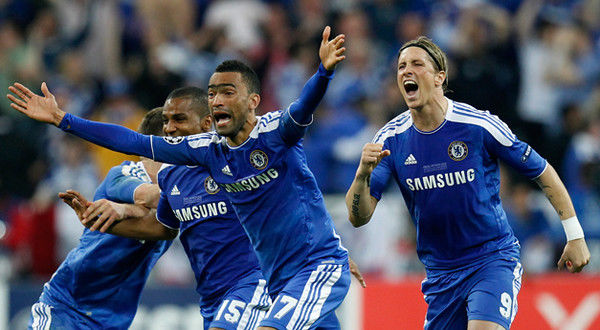 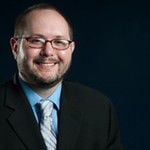 It really was quite fitting, wasn’t it?

After the most dramatic of English Premier League seasons, Chelsea, a team that had little say in the domestic tables, pulled off the most improbable of finishes to claim the first Champions League title for any London squad.

Facing a favored Bayern Munich with the backing of its home fans — the final was played at Bayern’s Allianz Arena in what was scheduled long before to be a neutral-site game — Chelsea rallied from 1-0 down in regulation and down 3-2 on penalties to win the most coveted cup in club soccer.

The twists and turns within the game mirrored those of a memorable European soccer season.

In Italy’s Serie A, Juventus returned to the top, winning the Scudetto for the first time in nearly 10 years thanks in part to rival AC Milan letting talismanic pass master Andrea Pirlo leave for the Turin giant.

In France, Montpellier is on the verge of edging nouveau riche Paris Saint-Germain to win Ligue 1, needing just a point today to claim the championship.

Of course in Spain, Lionel Messi and Cristiano Ronaldo had their epic goal-scoring duel. Messi set the mark with 50 league goals but Ronaldo, with a not-so-shabby 46, led Real Madrid to the La Liga crown with a record-setting 100 points.

But it all paled in comparison to the drama that unfolded last Sunday in England.

City went from chokes to champs in five minutes at the Etihad.

(Ian Darke again made yet another memorable call for U.S. audiences as Sergio Aguero blasted home the winner. Since coming to ESPN his work has been brilliant, starting with Landon Donovan’s recue goal against Algeria in the 2010 World Cup and again when Abby Wambach scored the unlikely equalizer against Brazil the following summer in the women’s World Cup.)

Among all the theatrics played out on pitches across the pond this season, here are a few of the most unforgettable:

? In perhaps the most impressive performance by a group of underdogs in recent memory — move aside Butler — little APOEL FC from Nicosia, Cyprus, stunningly made its way to the Champions League quarterfinals. After navigating through an admittedly tame group to reach the round of 16, APOEL advanced past Lyon in penalties. While the team was ousted by Real Madrid in the next round, APOEL’s UCL season, which began in qualifying in early July long before the big dogs join the tournament in September, left an indelible mark on Europe.

? As an Arsenal fan, my favorite memory from the 2011-2012 season was the 5-2 win over archrival Tottenham. The Gunners trailed 2-0 after 35 minutes and appeared to be on the brink of losing the season as fans at the Emirates groaned in disapproval. But sparked by a goal from the EPL’s best right back, Bacary Sagna, Arsenal came roaring back. Capped off by a brace from speedster Theo Walcott, the Spurs were sent into a tailspin that allowed Arsenal to surpass its rival and claim third place and a Champions League berth. Tottenham, by virtue of Chelsea’s Champions League victory, is relegated to the Europa League, the NIT of European club competition.

? On any given weekend, the EPL had incredible scorelines amongst the league’s best clubs. Early in the campaign, Man City routed Tottenham 5-1 and Man United destroyed Arsenal 8-2. Later Arsenal would beat Chelsea 5-3 and Chelsea would beat Spurs 5-1. Then Liverpool, a team that had lost 3-0 to City, topped Chelsea 5-1. It made for a topsy-turvy table and a rollercoaster ride from start to finish.

? As memorable as the Chelsea-Bayern final was, the Champions League semifinals were incredible to watch as the two favorites — Barcelona and Real Madrid — went out to stout and determined sides. Chelsea, which had more luck than any team I can remember in the final portions of the season, somehow survived with 10 men against the world’s best attacking squad, with Fernando Torres streaking away for a counterattacking goal to lift the Blues into the final. It took PKs for the Germans to dispatch their Spanish opponents in the semifinal, but the resolute Bayern players made sure they returned home for the final to the dismay of the rowdy fans at the Bernabéu. Both Messi and Ronaldo missed PKs that could have created a dream El Classico final in Munich.

? The Bavarian fans might never have been able to provide their team with the immense support in the Champions League final had it not been for their team’s romping 7-0 win over FC Basel in the round of 16. After an embarrassing 1-0 loss to the Swiss side three weeks earlier, Bayern made sure its run to the final would continue with a dominating display. The plodding Mario Gomez put in four and Arjen Robben had two to outclass the decidedly underdog side.

? According to some reports, 600 million people tuned in to watch the April 30 grudge match between Manchester City and Manchester United. That’s six times the viewership for a typical Super Bowl. The blue side of Manchester still had the 6-1 thrashing of their red rivals from October fresh in their minds but United nonetheless held a three-point advantage in the EPL table. City captain Vincent Kompany’s header was the game’s only goal and, thanks to the goal-differential accrued in the Old Trafford Massacre, the win essentially decided the title race.

It no doubt was a remarkable soccer season in Europe. Thankfully for fans of the beautiful game, more are sure to come. The Euros, co-hosted by Poland and Ukraine, start June 8.