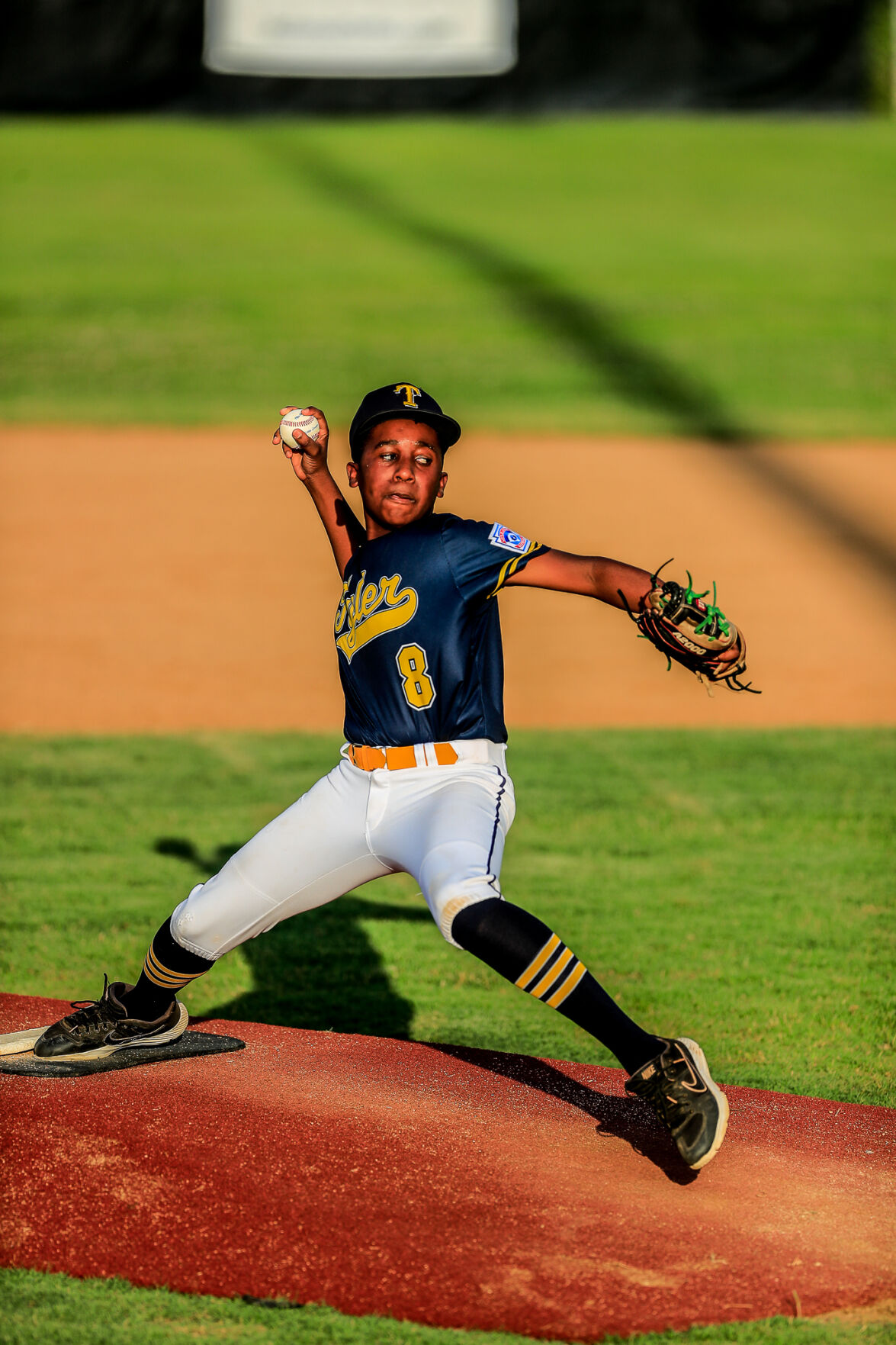 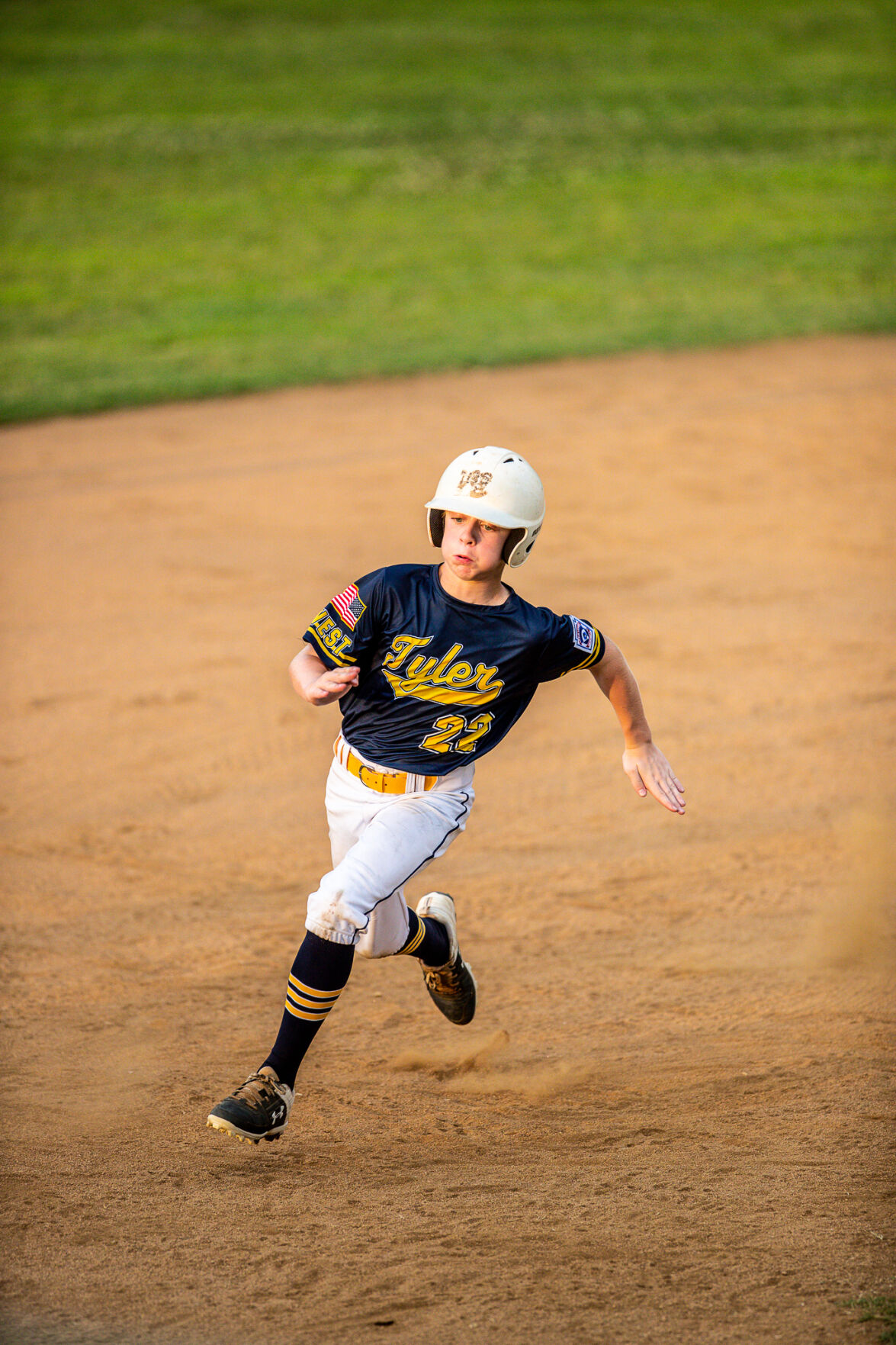 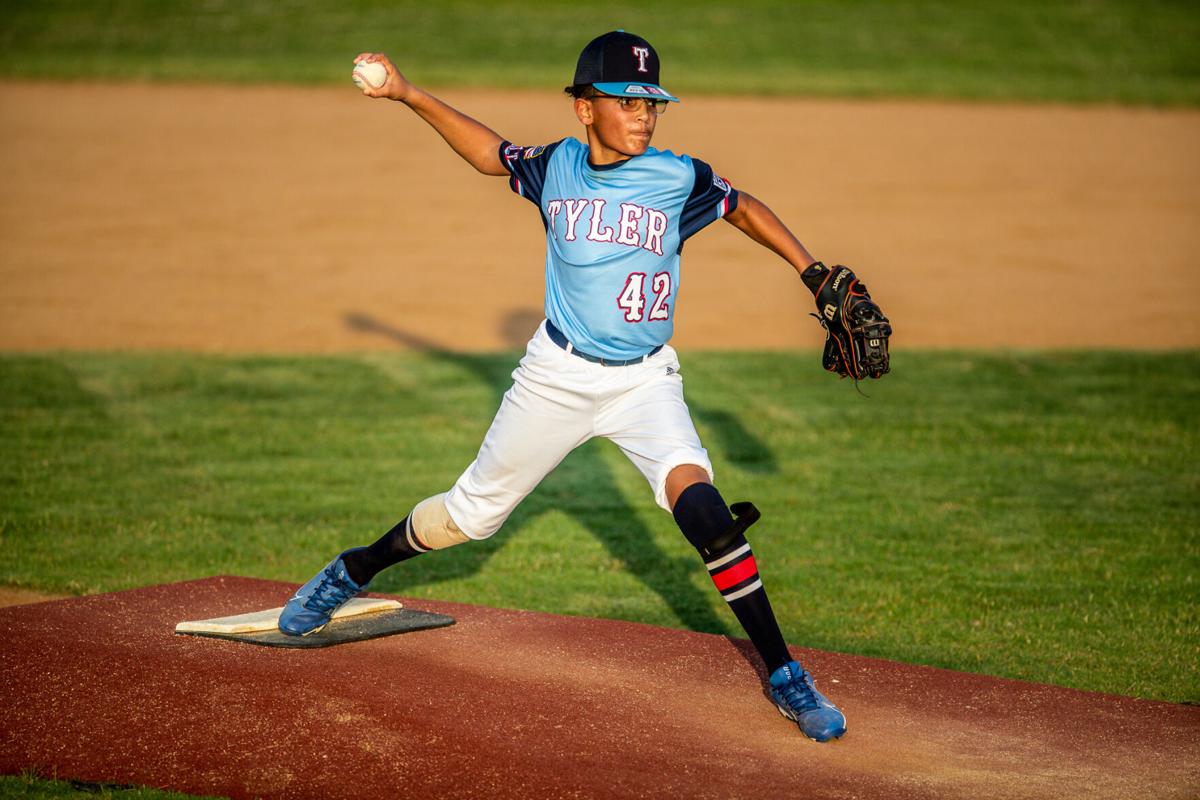 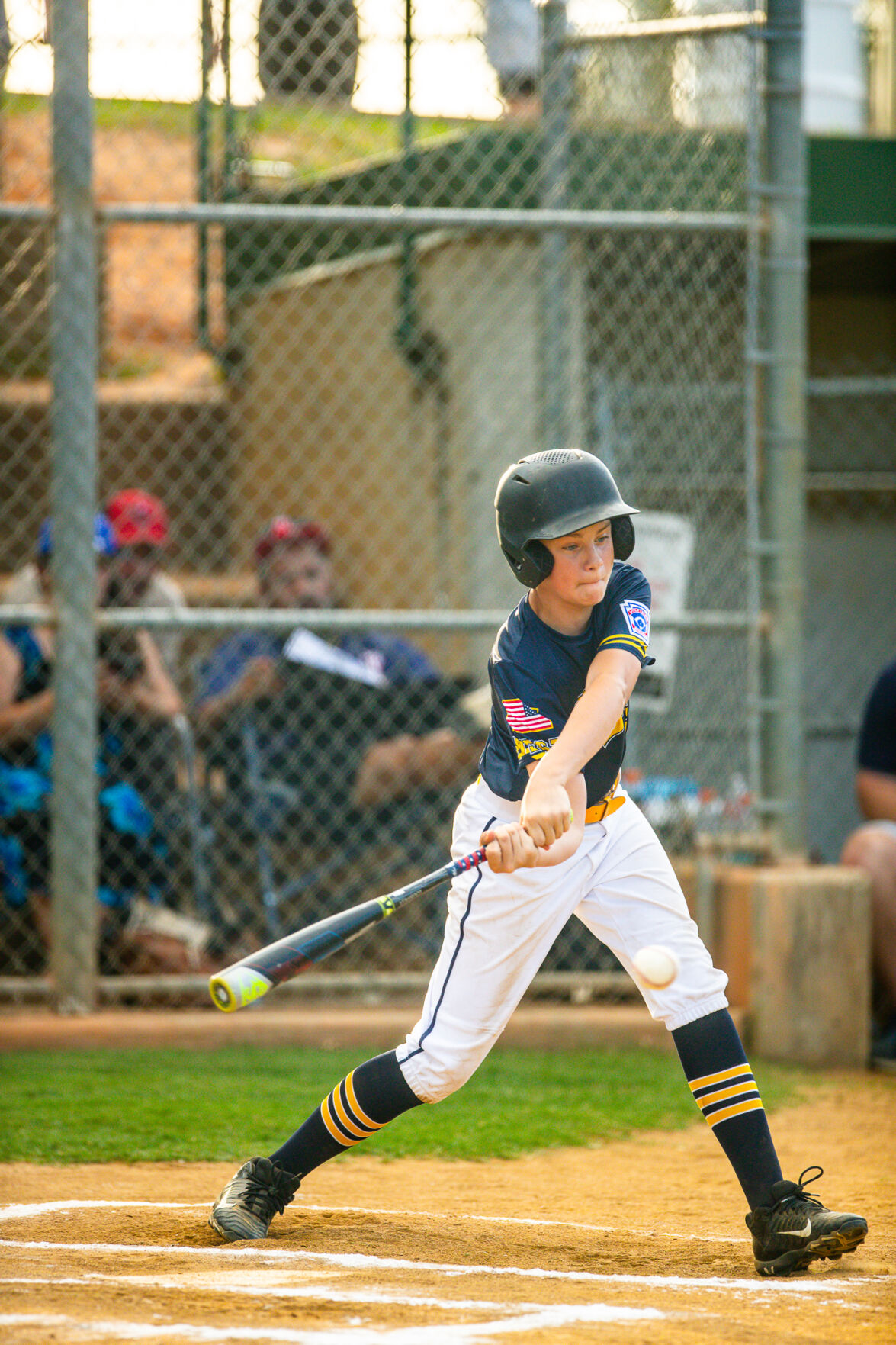 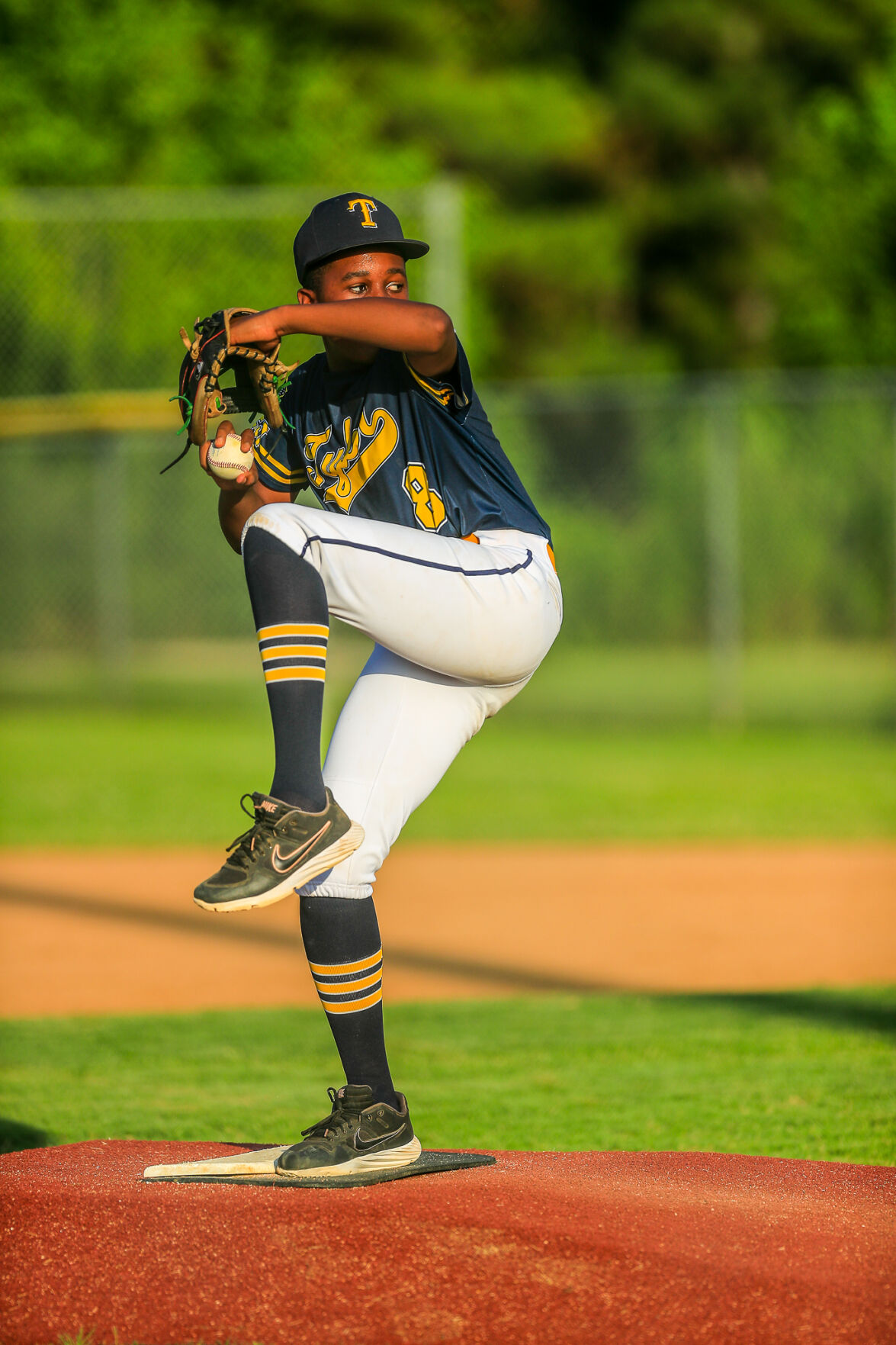 The win came less than a week after a 6-4 setback to Rose Capital East on Saturday.

“I am so proud of these boys,” Rose Capital West manager Jake Mienk said. “They battled, they fought, they hit the ball and they made the plays. They played clean baseball, and that’s what you have to do to win the baseball game, especially against the East. We lost to them on Saturday. It was a hard loss in a close game. We came back and battled back and won.

“Kellen had a heck of a game and threw a shutout. I am just so proud of him. He threw strikes, a lot of strikes. He has good off-speed and throws really hard. He couldn’t have done a better job tonight.”

Mienk is a former employee at the Tyler Morning Telegraph and current publisher at the Corsicana Daily Sun, Huntsville Item, Jacksonville Progress and Palestine Herald-Press. Now, his Rose Capital West team will take on Lufkin at 7 p.m. Saturday at Morris Frank Park in Lufkin. Lufkin took a 2-1 win over Rose Capital East on Monday.

Nate Mienk led off with a single. After Kyndall Tausch reached on a fielder’s choice, he tried to move to third on an error, but shortstop James Pierce made a heads up play to get the out at third. Ruben Ibarra then got Gage Alderman to ground out to Pierce at shortstop for the third out.

Quentin Cagle led off the bottom of the first with a double, and James Pierce was hit by a pitch, giving Rose Capital East two runners in scoring position with one out. Warren settled down and struck out the next two batters to get out of the jam.

With one out in the bottom of the second and Nate James on third, Hayden Ward hit a hard line drive to the mound off of Ibarra. Ibarra was able to get the out at first, but James was able to cross the plate for the game’s first run.

Juan Velasquez reached on an error to lead off the bottom of the second. Warren then struck out the next three batters.

“My fastball was really good, and I had control of it,” Warren said.

Rose Capital West added to its lead in the fourth inning with three runs. Nate Mienk had a two-run single with two outs, and Tausch followed with an RBI single.

Warren allowed three more hits the rest of the way — all leading off the inning — but managed to strand runners in two of the innings, and Rose Capital West turned a 4-6-3 double play to end the fifth.

“We’ve got a very good defense,” Mienk said. “Our team is going to be very difficult to beat if we keep playing like this.”

Ibarra, Pierce and Cagle all pitched for Rose Capital East.