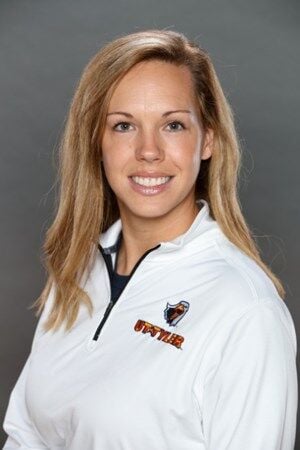 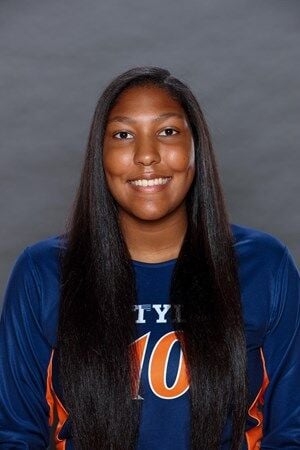 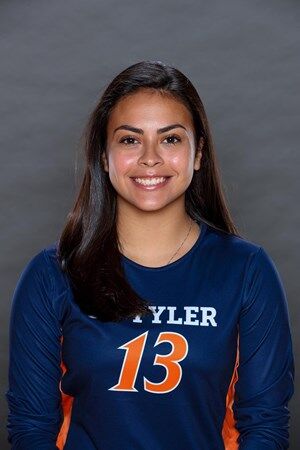 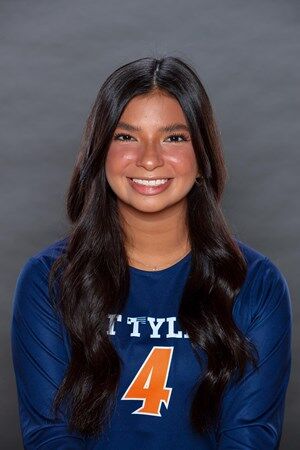 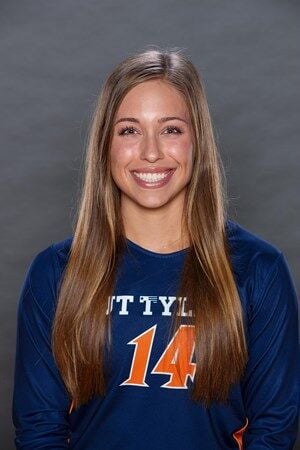 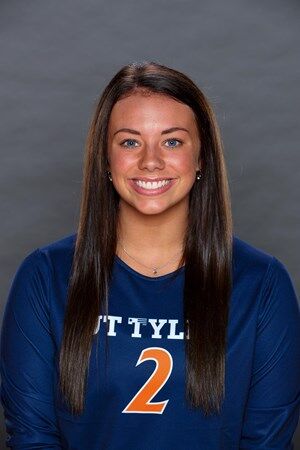 Lyndsay Mashe, a former Pine Tree High School standout, was honored with the Lone Star Conference Coach of the Year. She guided the Patriots to the Central Division title and runner-up in the LSC Tournament. UT Tyler was 14-1 on the season in the school’s potential final year of the Division II transition period.

Evelyn Torres earned a spot on the All-Freshman Team while Murray and Callie Craus were named the to All-Academic Team for their efforts in the classroom as well as on the court.

Mashe guided the Patriots to an undefeated record of 12-0 in the regular season, clinching their Divisional Championship along the way in an abbreviated spring schedule for the league. UT Tyler earned the program’s first national ranking along the way, rising to as high as no. 12 in the NCAA Division II AVCA National Coaches Poll.

UT Tyler earned the right to host the 2021 Spring Lone Star Conference Volleyball Championship semifinal and final matches after sweeping No. 23 West Texas A&M in the quarterfinal round, and advanced to the final match with a 3-0 sweep over Arkansas-Fort Smith in the semifinals. The Patriots took No. 7 Angelo State all the way down to the wire before falling in the fifth and final set inside the Herrington Patriot Center.

Ware proved to be one of the most versatile players in the LSC, ranking ninth in the LSC for the season in kills per set (3.07) and 18th in digs per set (3.68) and was also named to the All-Lone Star Conference Team in addition to her Newcomer of the Year nod. Ware led the team with a total of 135 kills on the season, recording six matches in which she totaled 10 or more kills.

Ware (Jr., San Antonio Clark, Panola College transfer) was a key cog in a UT Tyler offensive attack that led the LSC with a team hitting percentage of .237. Escamilla, who was named as one of five Patriots to appear on the All-Lone Star Conference Team, led the league with a .383 hitting percentage on the season with 127 kills in just 261 swings.

The Arlington native committed just 27 errors in those 261 swings on the year and hit .400 or better in seven different matches this spring. She finished the season ranked third on the team with 127 kills and 37.0 blocks.

Escamilla (Jr., Arlington Martin/UC Riverside) was named to the LSC Championship All-Tournament Team for her efforts in the Patriots three matches throughout the tournament.

That offensive success could not have been possible throughout the year without stellar setter play, as Taylor Stoops led UT Tyler with 299 assists on the year. Stoops ranked 10th in the LSC with an average of 5.64 assists per set and totaled three double-doubles on the year.

Her best performance of the spring season came back on Feb. 3 in which she recorded 32 assists and 21 digs in a five-set UT Tyler victory over Texas Woman’s University. She was also named to the LSC Championship All-Tournament team.

Guzman and Murray both led the defensive efforts for the Patriots and were the fourth and fifth Patriots to find their name on the All-Conference list. Guzman was one of the top defensive specialists in the league from her libero position, averaging 4.08 digs per set.

The San Antonio native recorded 20 or more digs in three different contests and led UT Tyler with 216 digs for the year. She was the third Patriot to be named to the LSC Championship All-Tournament team after leading UT Tyler with 49 digs in the tournament.

Murray was active at the net all spring long for the Patriots, leading UT Tyler with 60 blocks from her middle blocker position. She averaged 1.13 blocks per set, third best in the Lone Star Conference, and hit .322 with 61 total kills on the year.

Murray joined Craus as the two representatives from UT Tyler on the All-Academic Team. Evelyn Torres also got the nod to the All-Freshman Team for hitting .254 on the season with 51 kills on 134 swings.