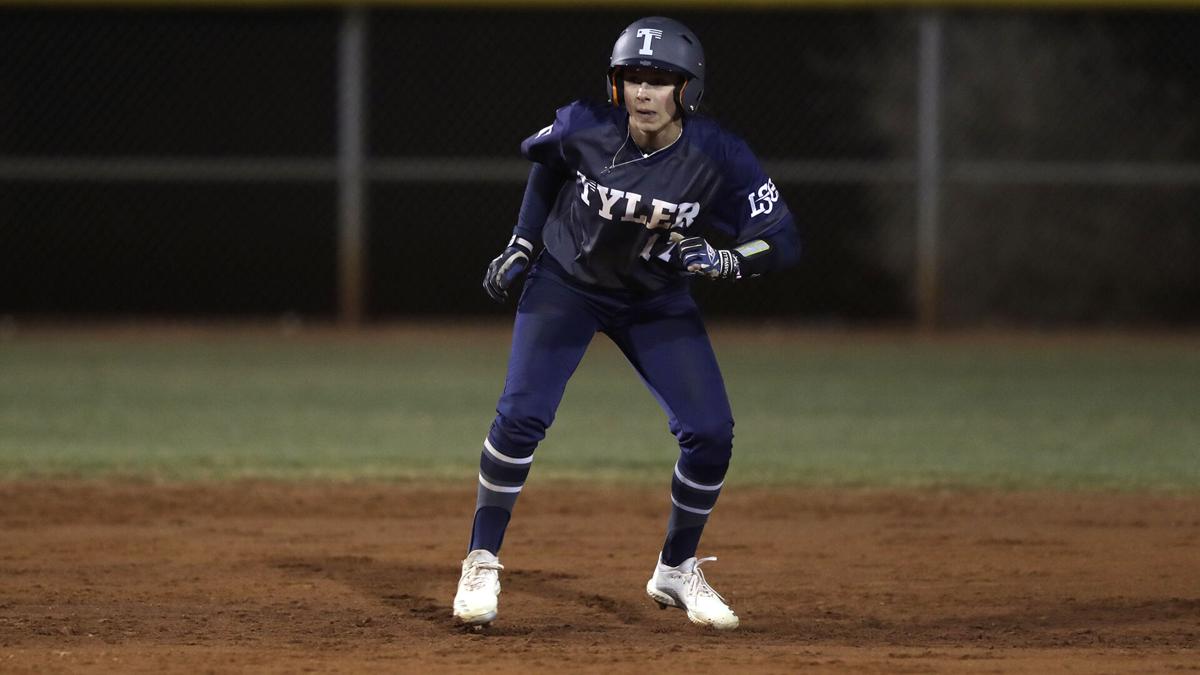 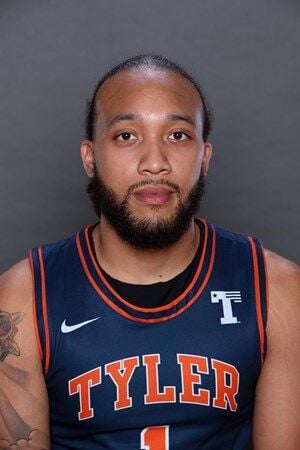 UT Tyler’s Emanuel Gant is a 6-5 senior from Phoenix. 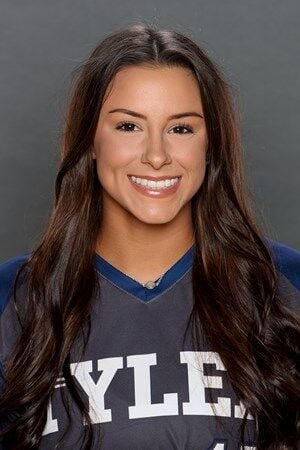 UT Tyler’s Emanuel Gant is a 6-5 senior from Phoenix.

UT Tyler senior Haleigh Swinney has been named the Louisville Slugger/NFCA Division II Player of the Week for her efforts in Patriots’ sweep of the University of Montevallo last weekend.

Swinney went a combined 7-for-8 from the plate in the two wins for the Patriots, finishing the weekend with a .875 batting average. The Crosby native hit .365 last season and got her 2021 season started off with a bang.

Swinney went a perfect 4-for-4 in a 12-1 season-opening win for the Patriots on Friday afternoon in the first of a pair of games that were rescheduled and relocated to Madisonville after the cancellation of the Irwin Classic. She had a hand in seven of those 12 runs scored by UT Tyler, totaling five RBIs and two runs scored in the first game alone.

The senior outfielder followed up the season-opening performance with a 3-for-4 effort from the plate in Saturday’s 10-3 win for UT Tyler. She posted an RBI and three runs scored in that contest.

Swinney compiled six RBIs and five runs scored between the two games, totaling four extra-base hits along the way with three doubles and a triple.

The UT Tyler softball team is ranked No. 4 in the NFCA Division II Top 25 Coaches Poll.

The Patriots dominated the University of Montevallo in the 2021 season opening weekend, defeating the Falcons by final scores of 12-1 and 10-3 on Friday and Saturday afternoon in Madisonville. The 2021 NFCA Division II Top 25 Poll is voted on by 16 NCAA Division II head coaches with two representing each of the eight regions.

UT Tyler received 353 votes in this week’s edition of the poll, 10 votes behind No. 3 Augustana, who was scheduled to compete in the cancelled Irwin Classic last weekend. Southern Arkansas held tight onto the No. 1 spot in the poll with 399 total votes and 15 first-place votes after opening up their season last weekend with a pair of wins.

The Patriots are the highest ranked of the six Lone Star Conference teams to appear in the poll, as Texas A&M-Commerce (7), Angelo State (9), Oklahoma Christian (12), Texas A&M-Kingsville (23) and Lubbock Christian (25) all found their way into the top 25 this week.

The guard, who is an Applied Arts and Sciences major from Phoenix, averaged 14.0 points and 7.0 rebounds per contest in UT Tyler’s three wins last week. He recorded a double-double on Monday afternoon against Cameron with 15 points and 10 rebounds to lead the Patriots to an 85-75 overtime win. He also added a block and a steal. The Tempe High School graduate continued his consistent play on Friday night in a second consecutive overtime win for UT Tyler going for 20 points and six rebounds, four assists and a steal. He finished up his week with seven points, five rebounds, two steals and a block in a 79-71 victory over UAFS to help UTT extend its win streak to four games.

Teammate Da’Zhon Wyche was also noted for his player. He posted two of his highest career point totals while averaging 22.7 points a game in three wins for UT Tyler last week. He started his week with a 26-point effort in the Patriots’ overtime win against Cameron on Monday, matching his season and career high. He finished his week with a new career-high 30-point effort against UAFS. Wyche shot 50-percent (22-of-44) from the field for the week and connected on 12-of-26 attempts (46.2-percent) from beyond the arc. Wyche was the offensive catalyst for back-to-back overtime wins for the Patriots against Cameron on Monday and UAFS on Friday night, and is tied for the team lead in scoring for the season now with an average of 14.1 points per contest.

The UT Tyler baseball team is ranked No. 21 in the first regular season edition of the NCBWA Division II Top 25 National Poll.

The Patriots have compiled a record of 4-2 through the first two weeks of play in the 2021 season, including a 2-1 win over No. 1 ranked Angelo State on Feb. 6. The Patriots have been tabbed as the no. 4 ranked team in the South Central Region behind Angelo State (1), Colorado Mesa (2), and West Texas A&M (3).

UT Tyler received a total of 133 votes in the National Poll which features two other Lone Star Conference foes in Angelo State (1) and West Texas A&M (12).

UT Tyler swept Texas A&M International in their most recent action, totaling three wins over the Dustdevils. The Patriots outscored the Dustdevils by a 25-to-9 margin in the series.

UT Tyler’s first starting option has been dominant in his first two starts of 2021 as Austin Schneider has given up just three earned runs in his 12.0 innings of work in those two starts. He ranks atop the Lone Star Conference with 19 strikeouts and has posted an ERA of just 2.25.

Four Patriots have posted batting averages at .300 or better through six games in Edward Ortiz (.333), Riley Jepson (.316), Jordan Gochenour (.316) and Kyle McShaffry (.300). Jepson leads the team with a pair of home runs, including a grand slam in the Patriots’ 6-4 win in game number two against Texas A&M International, and leads the team with nine RBIs.

The Patriots home series previously scheduled for this weekend against Texas A&M-Kingsville has been postponed due to travel concerns related to the inclement winter weather across the state of Texas. The next series scheduled for UT Tyler is slated for Feb. 26-28 against St. Edward’s in Austin.