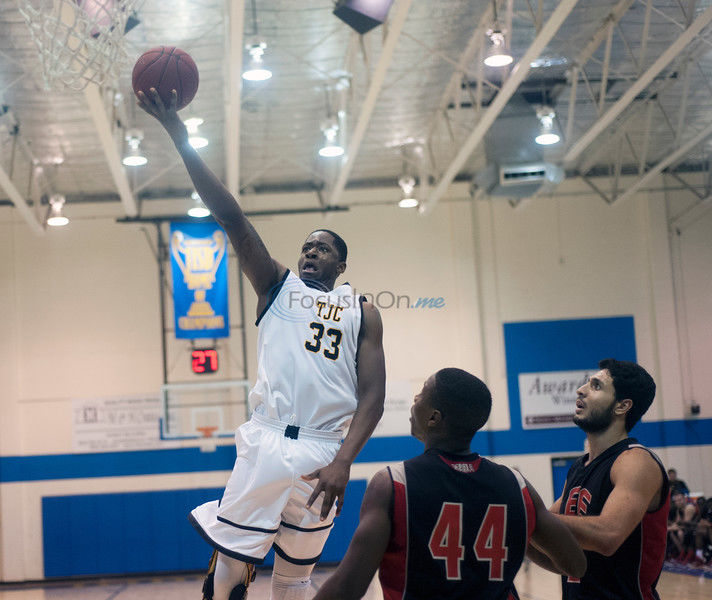 TJC forward Dale Jones takes flight as he releases a shot near the hoop during a men's Region XIV tournament matchup against Lee College at Jacksonville ISD Gym. (Victor Texcucano/Staff) 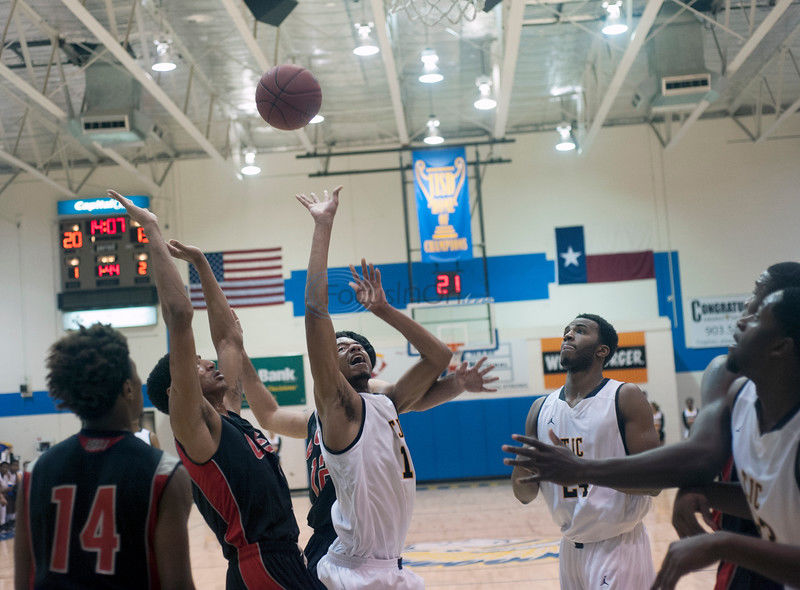 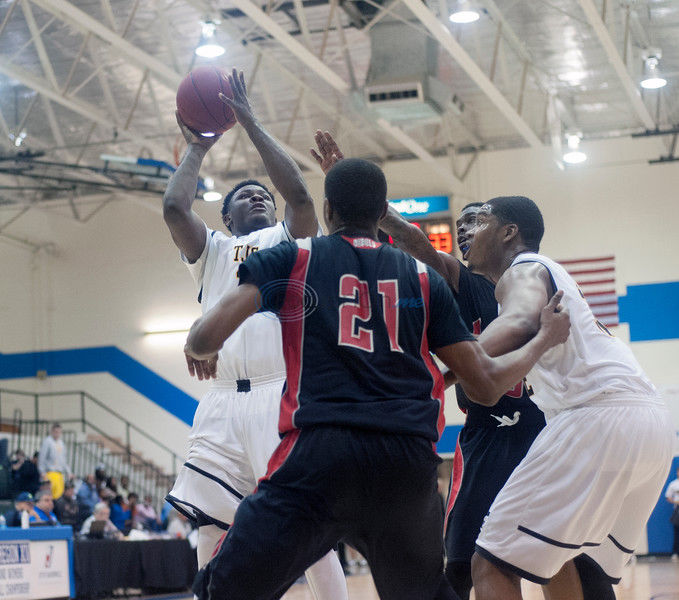 TJC forward Dale Jones takes flight as he releases a shot near the hoop during a men's Region XIV tournament matchup against Lee College at Jacksonville ISD Gym. (Victor Texcucano/Staff)

JACKSONVILLE — After seeing his team fall behind the last couple of games and then expend energy battling back, Tyler Junior College coach Mike Marquis emphasized to his team what a fast start would mean for Tuesday’s first round of the 67th annual Region XIV Basketball Tournament.

Dominique Shaw and Dale Jones controlled the tempo from the outset as No. 7 seed TJC scored a 90-76 victory over No. 11 Lee College at Jacksonville ISD Gymnasium.

Shaw led the Apaches with 32 points, while Jones had a double-double with 27 points and 12 rebounds. Shaw was 9 of 10 from the free throw line.

“We knew it was important to get off to a good start,” said Shaw, a sophomore guard from Lufkin.

“Sometimes it takes a lot for us to get going and that was a key for us today,” Jones said. “Being a sophomore, we had to bring energy and show the young guys who may not have competed in the tournament before.”

Jones hit 4 of 4 from the 3-point line in the first half.

Faith Pope was also in double figures scoring for TJC with 14 points.

“I thought we played with a lot of confidence,” Marquis said. “We were making shots. … We beat a good team. That team is talented. We haven’t put up that many points in a while. It was a great experience for the kids.

“Both (Shaw, Jones) played well and Dom’s free throw shooting was a key. He has not been getting to the line that many times in the North (Zone) games. That was good to see.”

Ahmed Mohamed, a 6-9 freshman from Alexandria, Egypt, led the Rebels with 24 points and 11 rebounds. Tyrone Outlaw, a transfer from the University of North Carolina at Greensboro, finished with 10 points.

“JP (John Paul) played really well in the first half,” he said. “I thought Ronnie had a really good point guard game for us (9 assists, 4 assists) too.

“Unlike Little Dribblers if you don’t score the most points you don’t get attention … really proud they a had a good game.”

The Apaches jumped out to a 17-4 much to the delight of their fans, which included the Apache Ladies basketball team. The closest the Rebels would get the remainder of the game was six, 21-15, with 14:06 to go in the first half.

SMOKE SIGNALS: Some 40 assistant coaches from Division I schools were on hand. … Walter “Sandy” Sands, a graduate of New London High School and a member of the1963 University of Texas national championship football team, was in attendance. … Tournament passes are $25. Day passes are $6 for adults and $3 for students with IDs and children 18 and under.