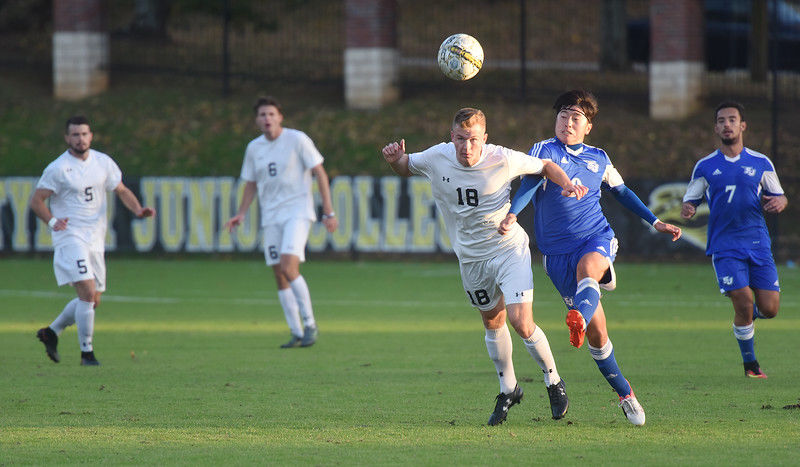 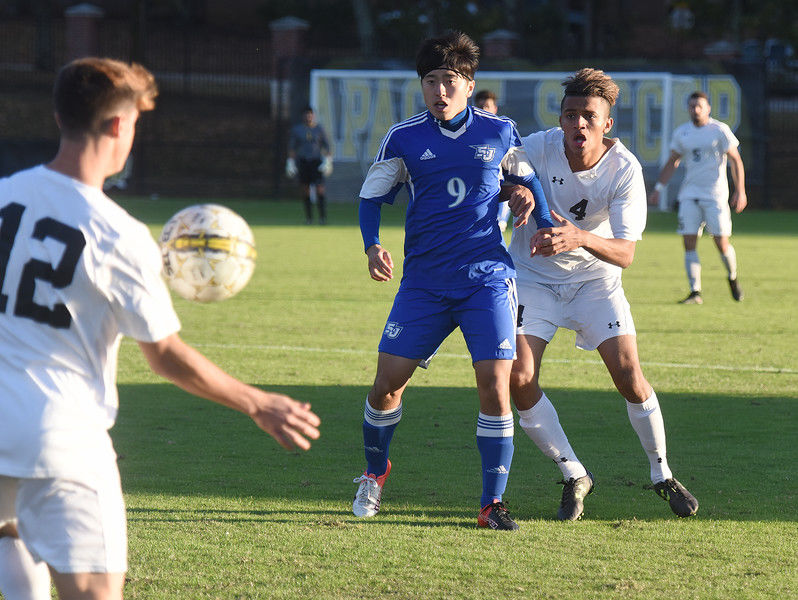 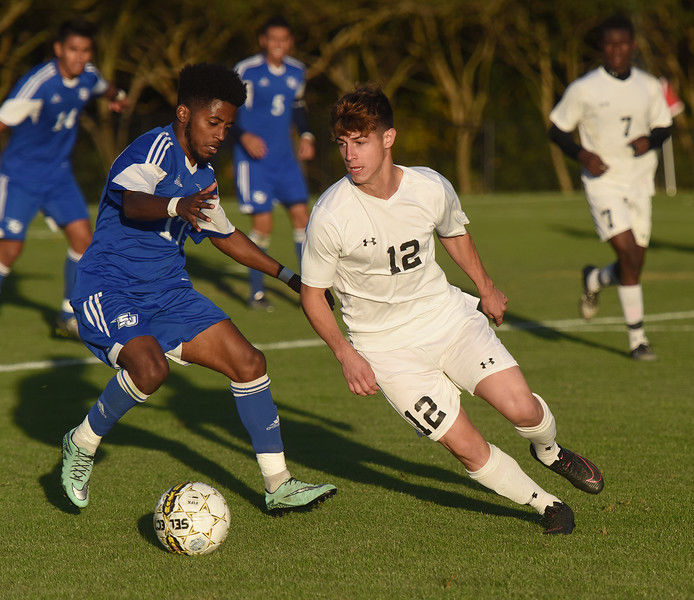 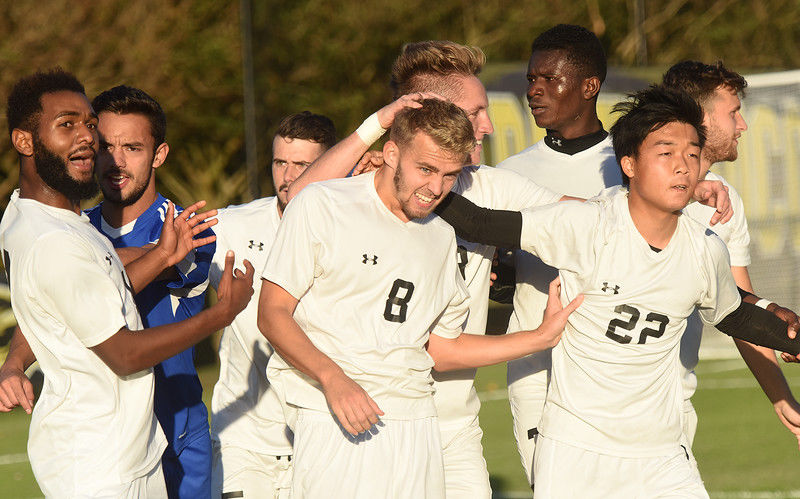 With an opportunity to double its lead late in the second half of its national semifinal, Tyler Junior College turned to Shaun Stocker.

The sophomore from Norfolk, England, stepped to the penalty spot and was on the mark.

Now the No. 1-ranked Apaches are on their way to the national championship game following a 2-0 victory over No. 9 San Jacinto-South on Friday afternoon in the first semifinal of the NJCAA Division I men's soccer tournament at Pat Hartley complex.

This marked the third meeting this season between the Apaches and heated rival San Jacinto-South (17-6-1), with TJC winning all three. The first two were by 1-0 scores, but this all-important third exchange was balanced on a knife's edge until a late first-half goal from Mohammed Kamara.

Kamara was played in behind San Jac's offside trap on a perfect pass from Fredi Ortega. He took his time, sidestepping the goalkeeper and waiting seemingly an eternity before firing his shot at a tough angle into an open net.

Kamara raced to the corner flag and froze for a mannequin challenge-like celebration before his teammates joined him.

Stocker's second half penalty-kick strike was preceded by a red-card sending off for San Jac's Reyes Varga. The man advantage, coupled with Stocker's goal, all but sealed the victory.

Tyler now has an opportunity to avenge its runner-up finish from a year ago - a 1-0 double overtime loss to Louisburg College (North Carolina) - something Stocker said the Apaches have been focused on all season.

"Ever since we lost the first national final, we spoke about being back at it and doing the job right the second time," Stocker said. "We are happy to be there now and we have one more game to complete the deal."

The Coyotes created more scoring opportunities than the Apaches, but either TJC keeper William Diaz or his cross bar were enough to keep San Jacinto off the scoreboard. San Jac hit the cross bar twice on shots that had beaten Diaz with one of those leading to a rebound volleyed goal by Carlos Blasco that was wiped out for him being offside.

In the second half with TJC leading 1-0, San Jac thought it had an equalizer when Luis Almeida chipped Diaz and it looked destined for the back of the net. Instead Almeida's shot struck the inside of the cross bar with Diaz scrambling back to grab the rebound before an onrushing San Jac player could score.

"The last team we want to draw in a semifinal is our archrival, but that is who we got, so you deal with it, and I am pleased with our boys and proud of them," TJC coach Steve Clements said. "They had a good plan and that's a rivalry that goes back since ‘95 and they play us a lot of different ways and give us a lot of different looks every time we play them."

The tension remained high throughout the second half until a handball by San Jac led to a free kick just outside the box. TJC's Yudai Tashiro whipped in a ball that appeared to be handled again, but was waved off by the referee.

The ball remained in San Jac's zone after the free kick with it falling to Kamara. Before the freshman from Monrovia, Liberia, could turn, he was cut down in the box and the ref pointed to the spot.

Stocker had a penalty saved in the quarterfinal win over Trinidad State on Wednesday, but did not hesitate, quickly grabbing the ball and placing it down on the spot.

"I have never put a penalty down the middle ever since I was a little boy and I don't know why I did (in the quarterfinal), but as soon as the (penalty call) was made, I was always going to step up (and take it)," Stocker said. "It thought, ‘I am going to put right what I did wrong (two days) ago' and I was happy I did."