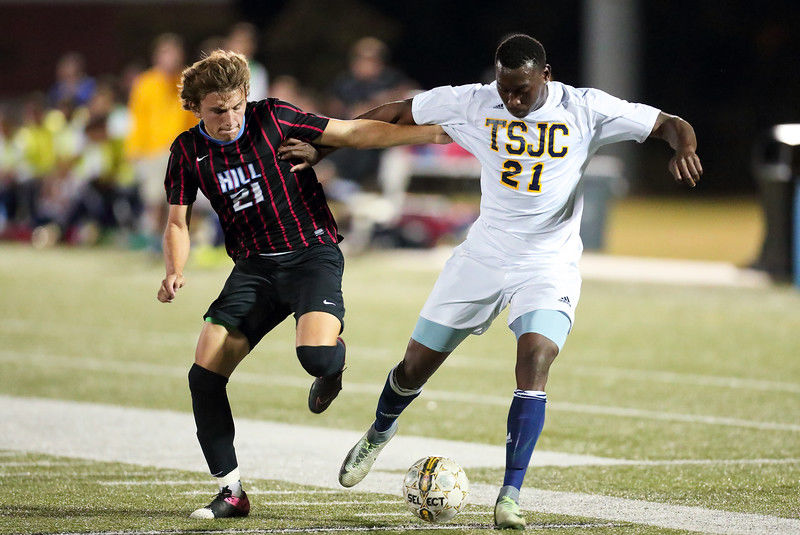 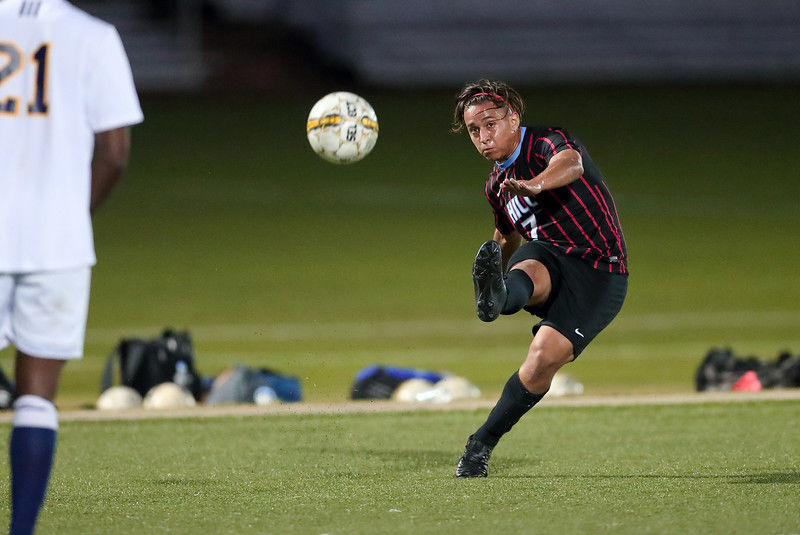 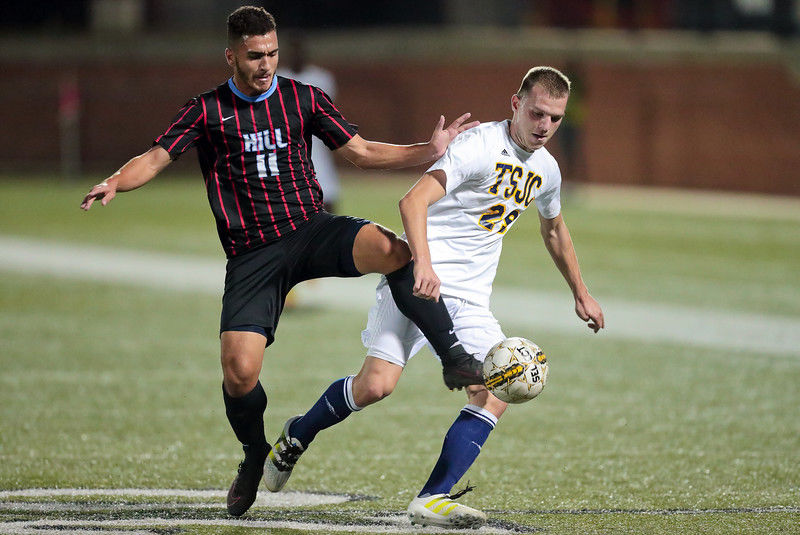 A berth in the semifinals will be on the line for the No. 1-ranked Tyler Junior College soccer team on Wednesday.

The Apaches, unbeaten on the season at 21-0, take on No. 8 Trinidad State (Colorado) Junior College in the NJCAA Division I Men’s National Soccer Tournament.

The two clubs tangle at 5:30 p.m. on the turf field at Pat Hartley Soccer Complex. It will be the final game of pool play.

The Tyler-Trinidad State winner advances to Friday’s semifinals, which are scheduled for 3 and 5:30 p.m. The national championship match is slated for 6 p.m. Saturday.

There is no third-place match as the semifinal losers will share the bronze.

Other pool standings include:

The remaining schedule on Wednesday includes:

Biska Biyombo scored the game-winner with two minutes to play for the Trojans.

After a scoreless first half, Filip Cvetinovic scored at 63-minute mark to put the Trinidad, Colorado team up 1-0. About 14 minutes later, Fabian Zuniga scored for the Rebels to tie the contest.

Hector Haros was in goal for the Trojans, while Mitchell Kurtz, who had seven saves, was the keeper for Hill.

The Coyotes, the No. 9 seeds, scored an upset over the Kansas squad.

Paul Tyson was in goal for the clean sheet. He made five saves. Cloud County’s keeper was Calum Ellis Jones.

The T-Birds would need to outscore Parkland by six goals, giving them a plus-three goal differential, to win a three-way tiebreaker between the teams to advance to the semifinals.

Parkland just needs a win or a tie to advance.

Romario Piggott scored both goals, one each in each half for the Chargers. Brandon Duarte assisted on each goal as Ancilla improves to 17-1. The Knights fall to 15-7.

The winner of the Ancilla and Iowa Western match wins the pool.

Mohamed Hussein scored two goals for the Falcons, while single goals were from Brandon Berg, Joe O’Sullivan and Rory O’Keeffe. Assists were from Jahnazee Swan (2), Ryan Sandidge and Donovan Segree.

Scoring for the Coyotes were Heriberto Benitez and Genaro Corona.

The Falcons’ goalkeeper was Jesse Dell Porta, while the Miguel Navarrete (75 minutes) and Adrian Zacarias (15 minutes) shared keeper duties for the Coyotes.