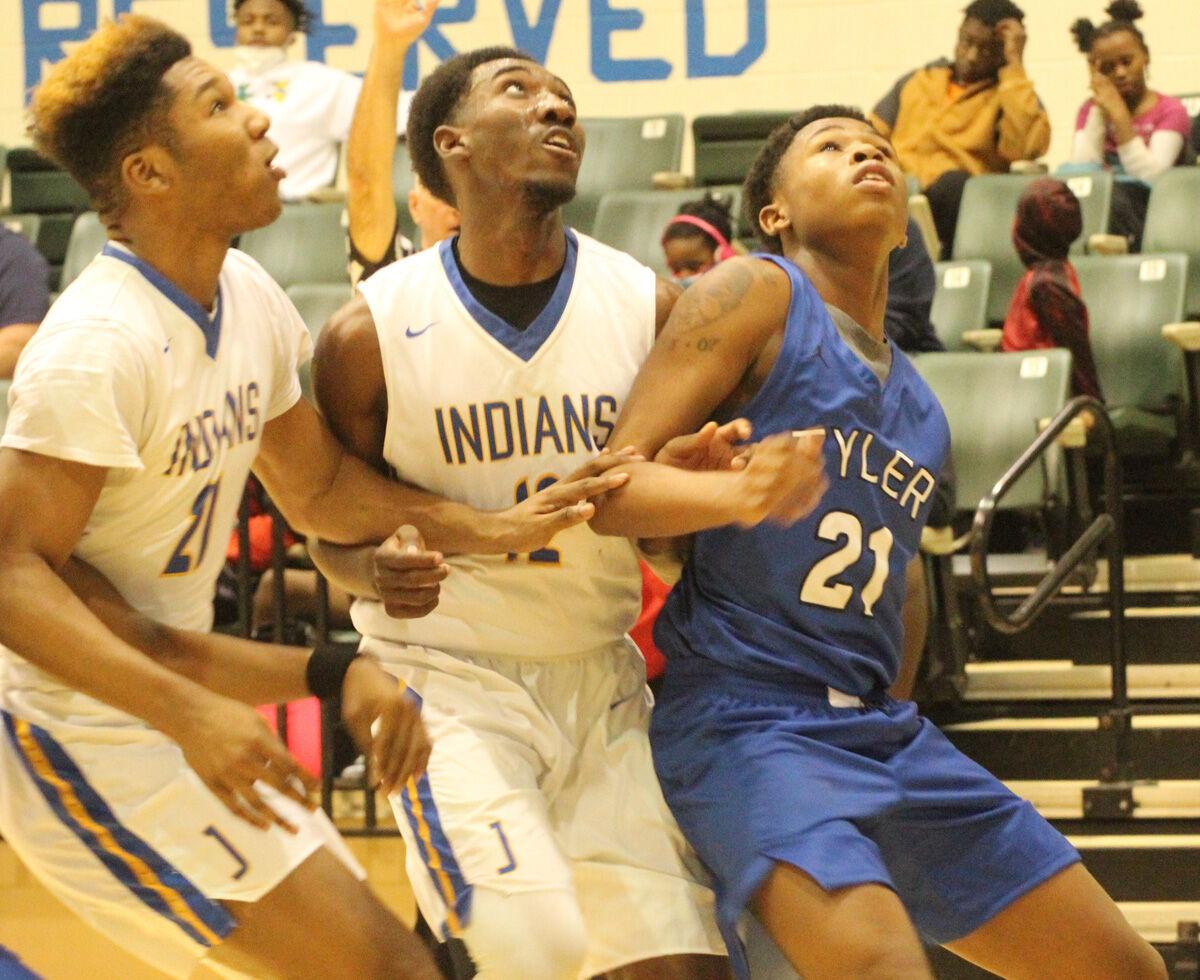 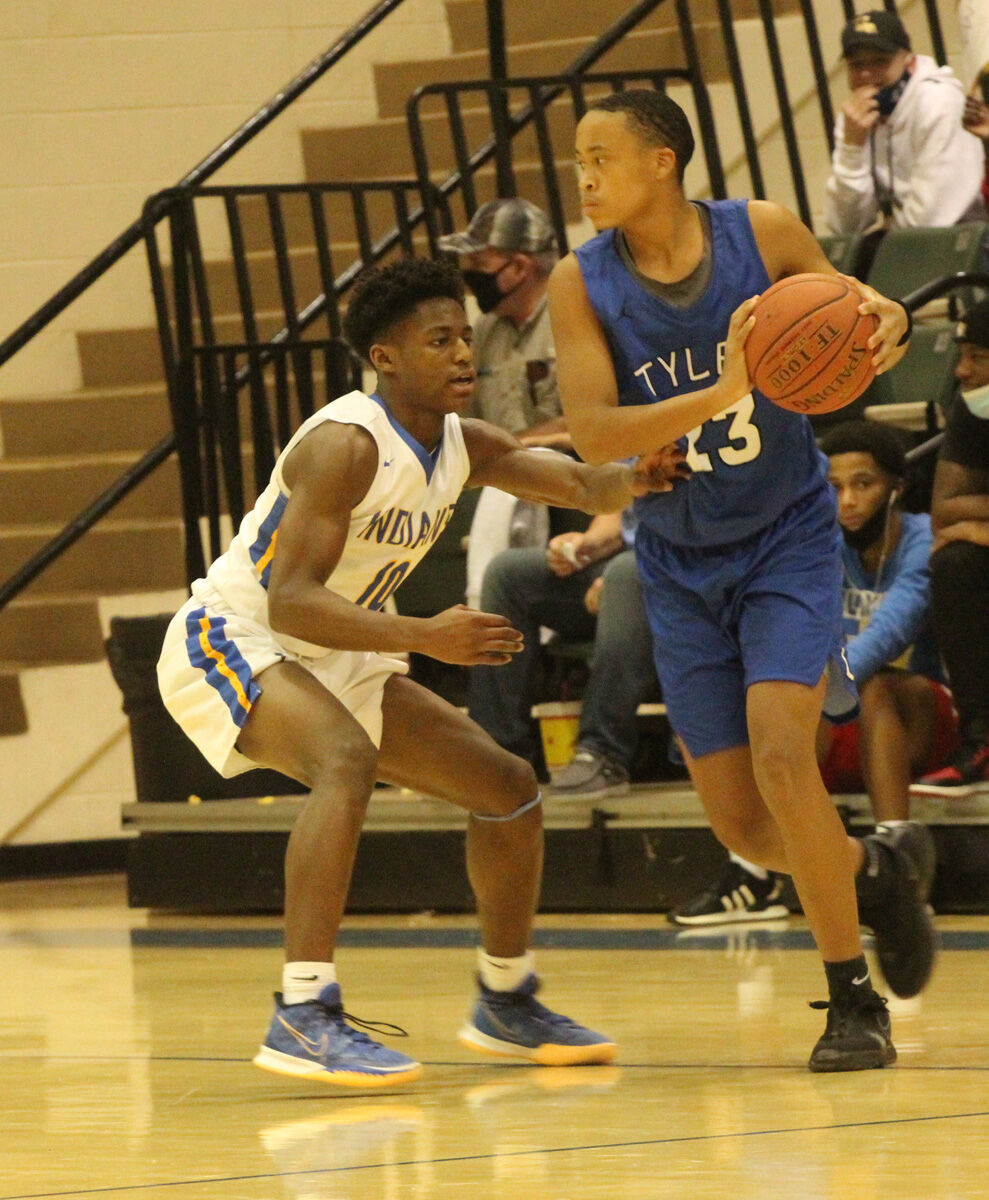 Kyron King of Tyler is guarded by Devin McCuin of Jacksonville during the first half of the Lions’ District 16-5A opener in Jacksonville on Tuesday. Jacksonville won 68-62. The Lions are scheduled to host Lufkin on Friday.

Kyron King of Tyler is guarded by Devin McCuin of Jacksonville during the first half of the Lions’ District 16-5A opener in Jacksonville on Tuesday. Jacksonville won 68-62. The Lions are scheduled to host Lufkin on Friday.

JACKSONVILLE — Tyler High’s Lions came roaring back from a 15-point deficit in the fourth quarter, but it wasn’t enough to catch Jacksonville on the scoreboard, as the Indians held on to win, 68-62.

The District 16-5A opener was played before a loud and energy-filled crowd, which is the norm whenever these two teams meet on the hardwood, at the John Alexander Gymnasium.

With 3:01 left in regulation, Ashad Walker sank a pair of shots from the free throw line that pulled Tyler to with a couple of points, 56-54.

Jacksonville head coach Mark Alexander immediately called a time out in an effort to put an end to Tyler’s 9-2 run at the time.

Vito High, the Tribe’s leading scorer, took control of the situation by scoring back-to-back baskets coming out of the time out, first hitting an 8-foot jumper and then raising the roof by slamming down a one-handed flush that moved Jacksonville to a 60-54 lead with 2:18 left.

The Lions got within four points of Jacksonville twice in the final two minutes, but that was as close as the Lions would come to pulling out a win.

Walker led all players with 22 points, followed by Malik Ray with 16 and Montrell Wade, who tossed in eight.

The Lions out performed the Indians in the final segment, scoring 25 points to Jacksonville’s 20.

High ended up with a team-high 21 points for the Indians.

Devin McCuin knocked in 13 points and Karmelo Clayborne had 12.

Both clubs will continue conference play on Friday. Tyler hosts Lufkin (6:45 p.m.) and Jacksonville is slated to travel to Nacogdoches.