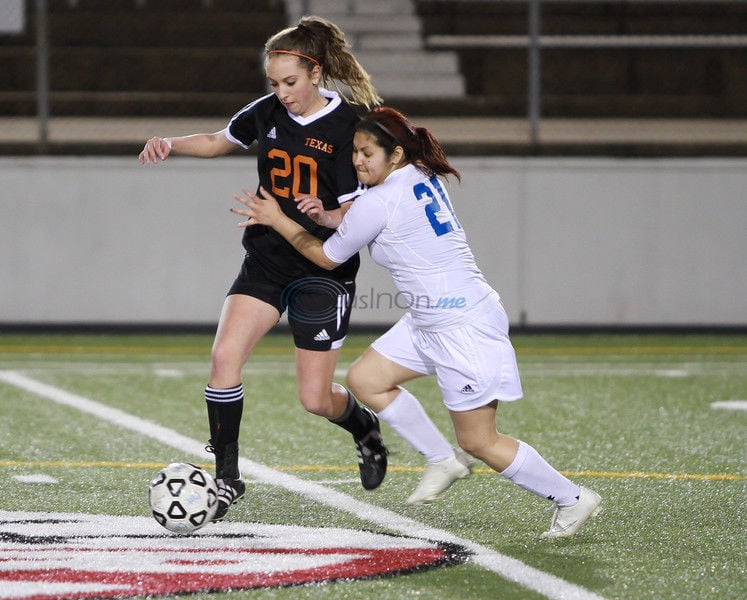 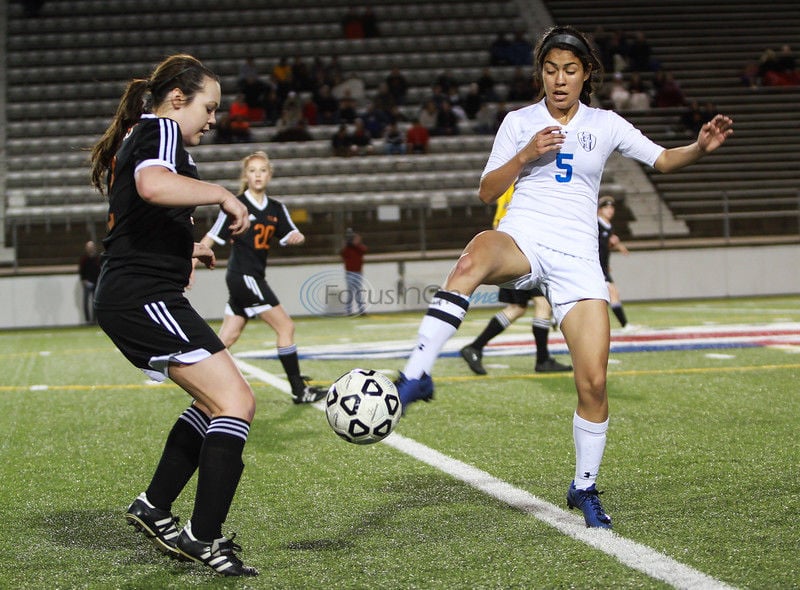 John Tyler worked all season to earn a seed higher than fourth in the playoffs.

Unfortunately for the Lady Lions, the better seed didn't change the result.

Behind a hat trick from Reagan Sandford, Texas High defeated John Tyler 4-0 in the Class 5A bi-district girls soccer playoffs on Friday at Trinity Mother Frances Rose Stadium, the fourth straight year the Lady Lions have been knocked out in the first round.

"It was a good team," JT coach Pakaal Mendoza said of Texas High. "You lose against good teams — what can you do?"

The Lady Tigers (19-2-2) advanced to the area round where they'll face Mansfield Lake Ridge, which beat Seagoville 11-0 on Friday night.

The Lady Lions went 8-10-2 in Mendoza's first year as head coach, finishing third in District 16-5A after three consecutive fourth-place finishes. Prior to that, JT had missed the playoffs 15 straight seasons.

Against Texas High, John Tyler wanted to use high pressure to keep the ball in the attacking half and keep it away from the Lady Tigers' forwards.

While the strategy worked at times, with JT starting off on the front foot, Texas High took advantage of the space behind the defense on the counter.

Sandford scored her first goal on the break when Rachel Shewmaker played in Abby Hill, who sent in a cross that Sandford poked in to make it 1-0.

Sandford made it 2-0 with a flick-on header off a long throw in from Hannah Brantley at the 6:26 mark in the first half. Less than three minutes into the second half she completed her hat trick after Brantley put her through one-on-one with JT goalie Rebecca Renteria.

Brantley tallied the final goal with 24:19 remaining when an attempted clearance ricocheted off her and into the net.

Despite the final tally, John Tyler had the better of possession in the early going, with midfielders Jolenne Calleja and Esperanza Zavaleta controlling the tempo.

A corner from Zavaleta flew tantalizingly across goal before it was finally cleared eight minutes in for the first real chance for either side. Oralia Arzaluz later sent in a cross that went right past Rebecca Ontiveros at the back post late in the first half that could have tied it.

"If you want to win, you need to score and we didn't," Mendoza said.

The Lady Lions were outshot 20-9, including 12-4 in efforts on target.

Renteria made eight saves and also came out to claim 10 balls into the box to prevent further shots.

Though Renteria, Calleja, Zavaleta and Ontiveros are among nine seniors, Mendoza said he's expecting even better things from his team next year.

"Hopefully next year we're going to have a twice as better team," Mendoza said. "We've already put up some work in there. Next year we should get better. We're losing really good players, but we had to make good players, better players this year.

"We're coming back stronger than ever."