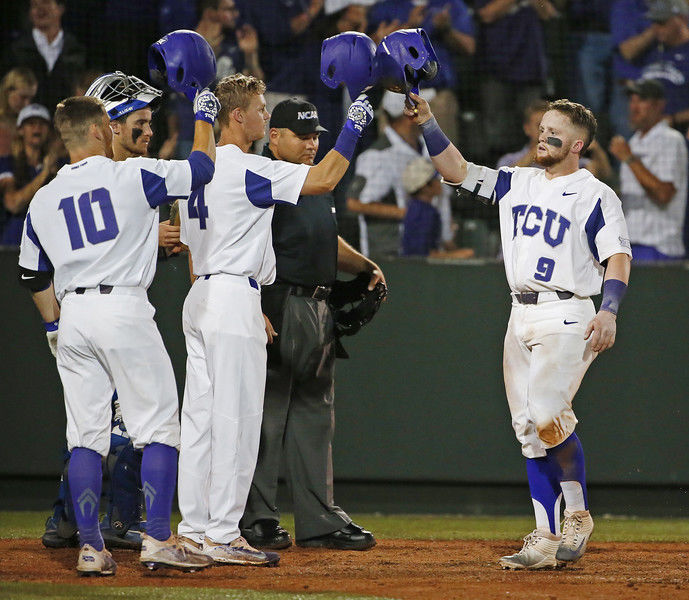 TCU catcher Evan Skoug (9) arrives at home plate after his 3-run home run in the eighth inning against Central Connecticut State during an NCAA college baseball regional on Saturday, June 3, 2017, in Fort Worth, Texas. (Paul Moseley/Star-Telegram via AP) 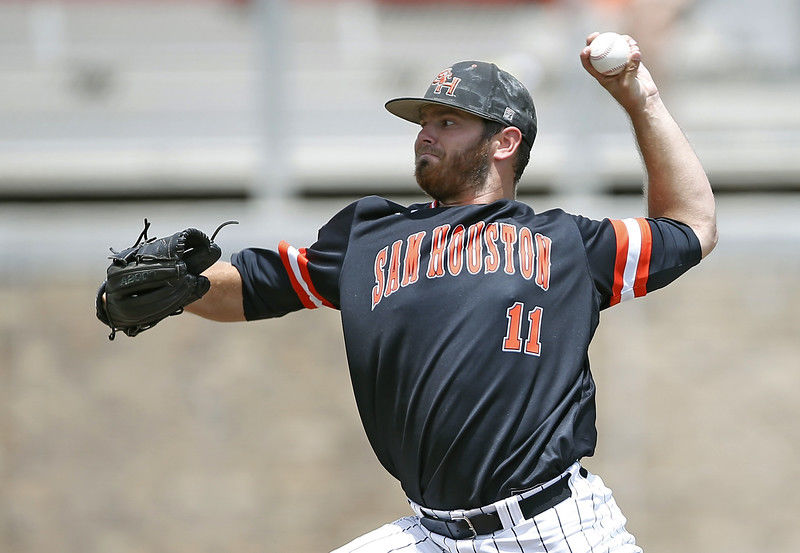 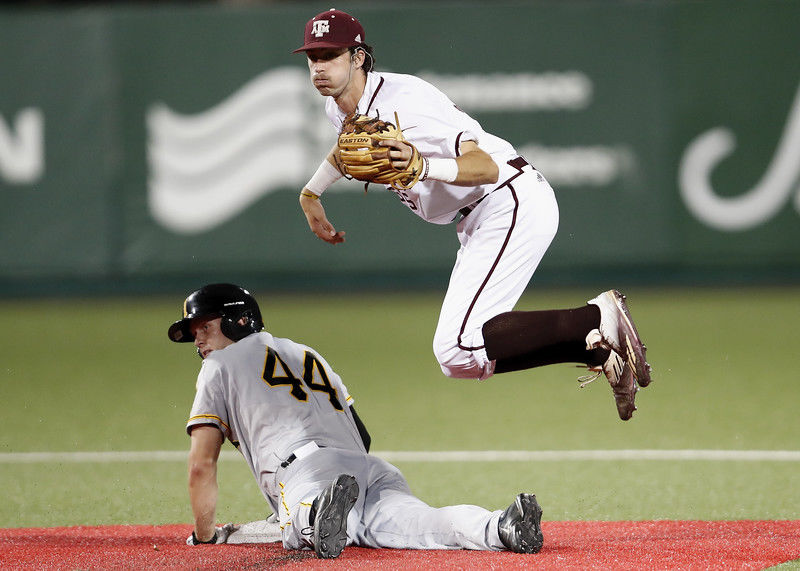 TCU catcher Evan Skoug (9) arrives at home plate after his 3-run home run in the eighth inning against Central Connecticut State during an NCAA college baseball regional on Saturday, June 3, 2017, in Fort Worth, Texas. (Paul Moseley/Star-Telegram via AP)

The state of Texas batted .300 in the NCAA baseball tournament.

Both the Horned Frogs and Aggies will host Super Regionals this weekend, while the Cinderella Bearkats will be on the road once again.

A fourth team, Texas, came close but fell in consecutive games to Long Beach State 4-3 and 2-1 in Long Beach, California.

TCU, the No. 1 seed in Fort Worth, and Texas A&M, the No. 3 seed in Houston, breezed through their regionals unbeaten. Sam Houston State had a tougher road, but came out on top by beating No. 5 national seed Texas Tech in back-to-back games in Lubbock.

The Fort Worth crowds, despite the rain delays, were electric with overflow crowds at Lupton Baseball Stadium.

Game 1 is scheduled for 5 p.m. Saturday (ESPNU) with Game 2 slated for 5 p.m. Sunday. If a third game is needed it will be played Monday at a time to be determined.

Missouri State, would have hosted a regional last week but the Bears' stadium in Springfield, Missouri was not available. The Bears share their Hammons Stadium home with the Springfield Cardinals of the Texas League and the St. Louis Cardinals' affiliate had a home series which necessitated a visit to Fayetteville, Arkansas for the regionals.

Still the Bears defeated Arkansas in the final, 3-2, to win the regional. Missouri State, formerly Southwest Missouri State, scored wins over Oklahoma State (6-5) and Arkansas (5-4) before losing to the Razorbacks (11-10) in a game that concluded at 3:10 a.m. Monday morning.

Texas A&M (39-21), coached by Harmony's Rob Childress, will host the Super Regional against another Cinderella in Davidson (35-24) in College Station. The series at Olsen Field at Blue Bell Park is scheduled to begin with Game 1 at 2 p.m. Friday (ESPN2). Game 2 is slated for 5 p.m. Saturday (ESPN2) and if a third game is needed it will be played at 5 p.m. Sunday.

The Aggies, despite being one of the last teams into the tourney, were unbeaten in Houston with wins over Baylor (8-5) and Iowa (3-2) before downing the Cougars 4-3 in the final.

Nacogdoches' Brigham Hill, a right-handed pitcher, is on the Aggies team.

A&M will take on Davidson, better known as Stephen Curry's alma mater. The Wildcats were close to not even making the NCAA tourney.

The Wildcats trailed Massachusetts 5-0 in the ninth inning of a critical late-season game to even qualify for the Atlantic 10 tournament, and rallied with seven runs, hitting four homers. Then they came the long way through the losers' bracket to take the conference tournament and get their first NCAA bid in 115 years of baseball.

Entering the Chapel Hill, North Carolina regional, Davidson had the highest earned run average in the field, the lowest batting average and the worst record.

The Wildcats won the regional by going 3-0 and never trailing, upsetting regional favorite and No. 2 national seed North Carolina.

Sam Houston State, longtime Southland Conference power from Huntsville, is making its first appearance in the Super Regionals. The Bearkats (44-21) will face Florida State (43-21) at Dick Howser Stadium in Tallahassee, Florida. Game 1 is 11 a.m. Saturday (ESPN2) with the second game at 11 a.m. Sunday. If a third game is needed it will be played on Monday at a time to be announced.

Super Regional winners will advance to the College World Series, which opens June 17 in Omaha, Nebraska.