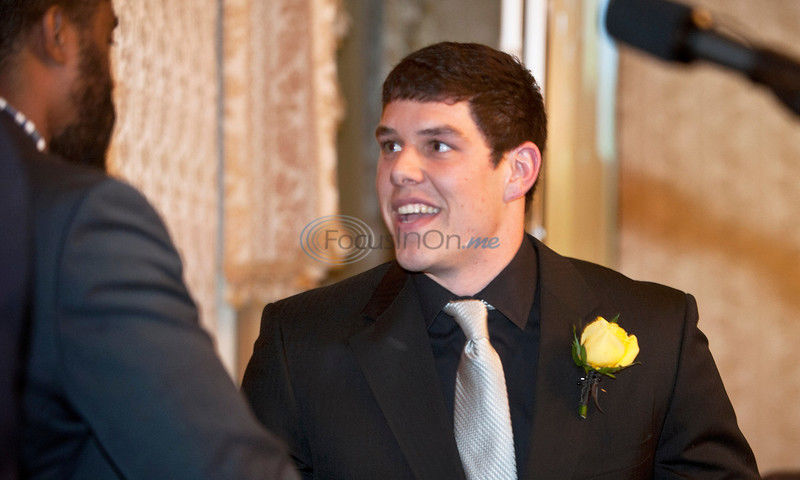 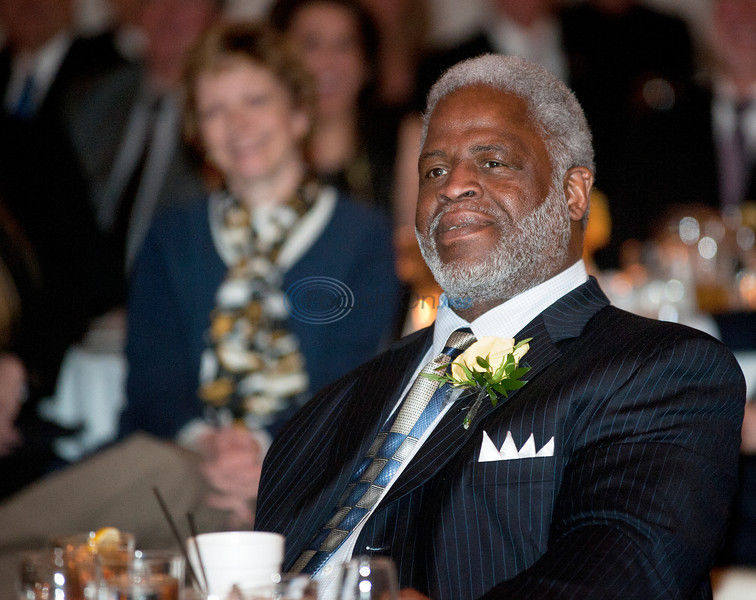 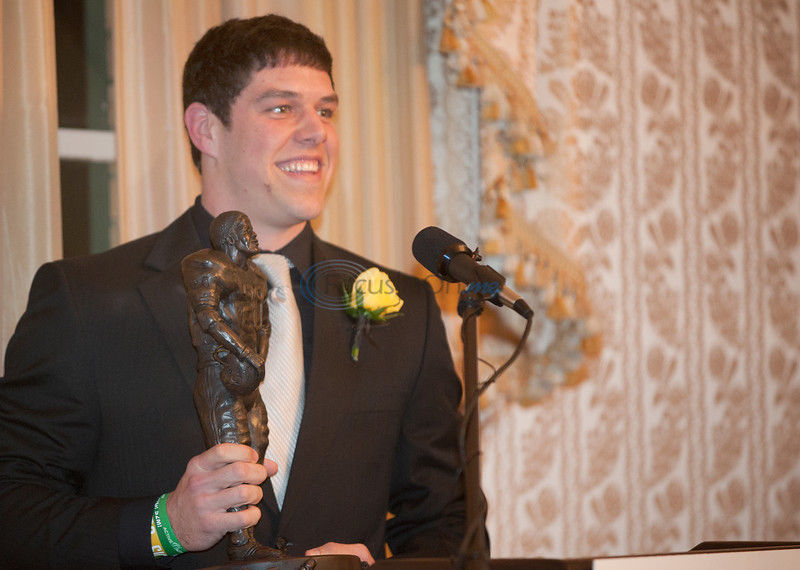 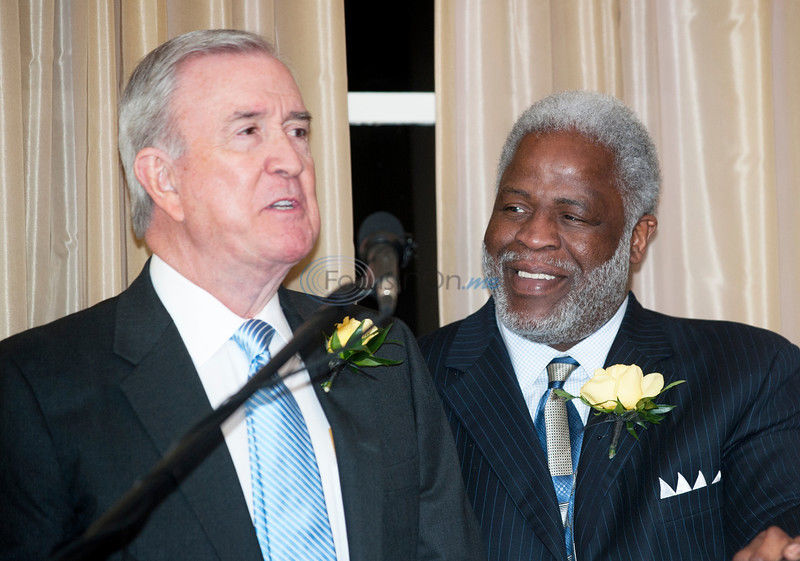 Bryce Petty is now an official member of the Campbell family.

In a star-studded gala, the Baylor University quarterback was awarded the inaugural Earl Campbell Tyler Rose Award Friday before a packed ballroom, including the Tyler Rose himself and his family, at Willow Brook Country Club.

Petty accepted the award from Campbell's sons, Christian and Tyler.

The elder Campbell, also accompanied by his wife Reuna, brothers, sisters and his aunt, said Petty "will always be a member of the Campbell family."

"I'm honored to present the first award to Bryce Petty," the 1977 Heisman Trophy winner, University of Texas graduate and Tyler native said. "The votes were close, but Bryce had an amazing season, and we were proud to celebrate his achievements at the banquet.

"I am so proud of Bryce and the other nominees. Bryce has a great future. … He is doing some great things down there in Waco. We have a chance to have a two-time winner. Bryce will always be associated with the Campbell name and the city of Tyler."

Manziel was preparing for the NFL draft but was represented by his parents, Paul and Michelle Manziel, along with his grandparents. Franklin was preparing to compete in the NFLPA Collegiate Bowl today in Carson, Calif.

"First I want to thank God," Petty said. "What an honor and privilege to be here. It is something that sticks out about the Campbell family and their name. … It is an honor to win this award."

The Earl Campbell Tyler Rose Award was announced in 2012 to recognize the top offensive player in Division I football who also exhibits the enduring characteristics that define Campbell: integrity, performance, teamwork, sportsmanship, drive, community, and tenacity; specifically tenacity to persist and the determination to overcome adversity and injury in pursuit of reaching goals.

In addition, the nominee must meet one or more of the following criteria: born in Texas and/or graduated from a Texas High School and/or played at a Texas-based junior college or four-year Division I Texas college.

In his first year as the starting quarterback at Baylor, Petty had one of the greatest seasons in school history. The junior from Midlothian passed for 4,200 yards with 32 touchdowns, while completing 62 percent of his passes and only throwing three interceptions.

Petty, named an All-American by Athlon and SI.com, received Big 12 Offensive Player of the Year honors from seven publications and was a unanimous All-Big 12 first-team selection.

With Petty under center, Baylor won the most games in school history (11), clinched its first Big 12 championship and earned the program's first BCS bowl berth.

Petty also was a semifinalist for the Maxwell, O'Brien, and Walter Camp Awards and threw for at least 200 yards and two touchdowns in each of his 13 starts.

Petty graduated in May 2013 with a degree in health science studies and is currently taking graduate classes.

Before the announcement, emcee Ron Franklin introduced videos of Earl Campbell and the highlights of each player.

Franklin, who was a play-by-play announcer for the Houston Oilers where Campbell was a three-time National Football League Most Valuable Player, was honored to play host and said this was like "Earl Campbell patting the city of Tyler on the back and the city of Tyler patting Earl on the back.

"Earl never failed to mention that he was from Tyler and grew up in Tyler."

Voting was by a panel of journalists and NFL officials throughout Texas and the nation.