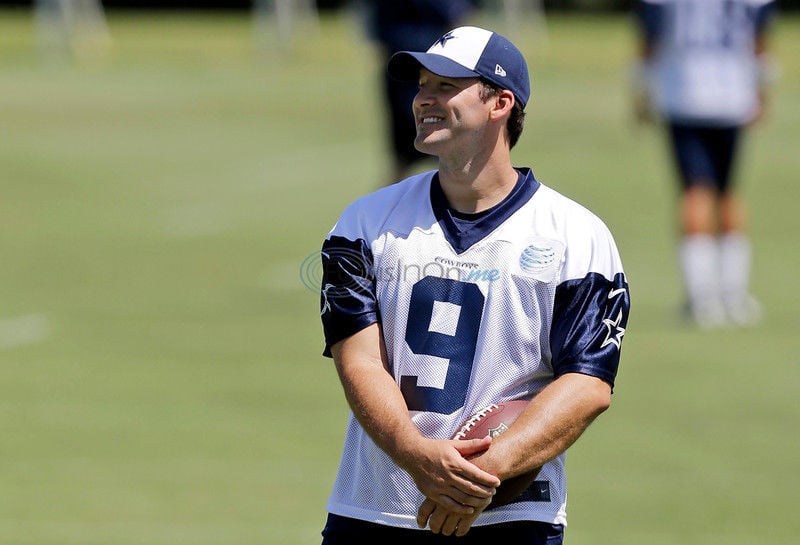 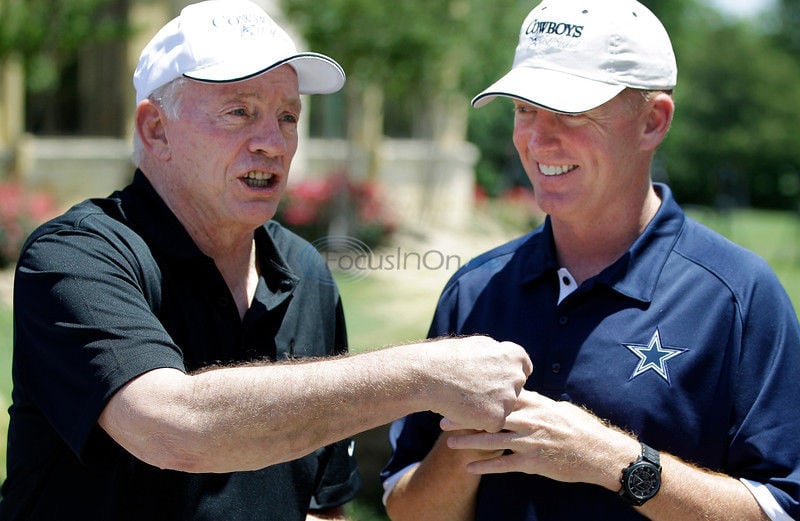 ARLINGTON, Texas (AP) — Tony Romo is rested and ready. He has a big new contract and big new responsibilities.

Now the Dallas Cowboys head to training camp trying to break out of a cycle of mediocrity that dates back to 1997. They're .500 since the start of that season, including a pair of 8-8 records in Jason Garrett's first two full seasons as coach.

Dallas hasn't been to the playoffs since 2009, with each of the past two years ending in a loss to an NFC East rival with a playoff berth on the line.

Even though they were that close to the postseason, the Cowboys fired defensive coordinator Rob Ryan and replaced him with Monte Kiffin. They made several other changes to the defensive staff and a couple on the offensive side.

Garrett is giving up play-calling duties for the first time since owner Jerry Jones hired him as offensive coordinator in 2007.

There won't be many changes in personnel, though. All the key players are back, first-round pick Travis Frederick looks like the only rookie with a chance to have an impact.

Five things to know as the Cowboys prepare to open training camp with their first practice Sunday in Oxnard, Calif.

1. ROMO'S READY: Romo missed all the offseason practices after a procedure to have a cyst removed from his back. He is ready to go for the start of training camp, so Sunday's workout will be his first since signing the richest contract in franchise history. The six-year, $108 million deal has $55 million guaranteed, or about $3 million more than Super Bowl winner Joe Flacco got from Baltimore. Some of the national reaction was less than flattering, considering Romo's 1-6 record in elimination games and a penchant for critical mistakes like a late interception against Washington with a chance to rally and make the playoffs. Cowboys owner Jerry Jones made it clear the day Romo signed that the nine-year veteran would go into his seventh full season as a starter with a much stronger voice behind the scenes.

2. LET THE JASON GARRETT WATCH BEGIN: If an overhaul of a coaching staff doesn't work, the head coach is usually next. That's part of why this is viewed as a make-or-break season for Garrett. Plus, the perception is he was desperate to keep the job because the hiring of Kiffin and the switching of play-calling duties to Bill Callahan were seen as moves orchestrated by Jones. Garrett disagrees with those views, of course. The only way to show that he hasn't become a Jones puppet in the mold of Barry Switzer, Dave Campo and Wade Phillips is to win big.

3. THE SECOND (AND THIRD) OPTIONS AT SKILL POSITIONS: Miles Austin is paid like a No. 1 receiver, but he's essentially lost that designation because of his troubled hamstrings and Dez Bryant's breakout season in 2012. If Austin stays healthy, it's possible the Cowboys could have a "1'' and "1A" with a pair of receivers who have proven they can produce. Now it's time to find out where rookie Terrance Williams of Baylor fits in after the Cowboys drafted him in the third round with the extra pick they got from trading down in the first. There's no established backup for injury-prone running back DeMarco Murray, but the Cowboys think they found the answer in the fifth round of the draft with Oklahoma State's Joseph Randle. Thumb surgery sidelined him during the offseason.

4. SAME PLAYERS, NEW DEFENSE: With a switch to the 4-3, all the leaders are holdovers getting used to new roles. DeMarcus Ware and Anthony Spencer are ends instead of outside linebackers, and they now don't have to worry about much besides getting to the quarterback. Sean Lee and Bruce Carter shared the inside at linebacker last year, but now Lee will likely be in the middle and Carter will be at a weakside spot that basically means he will rely on his speed to make plays. Cornerbacks Brandon Carr and Morris Claiborne will be closer to the line of scrimmage most of the time.

5. IT ALL STARTS UP FRONT: Tyron Smith starting at left tackle is the only certainty for the offensive line after one of the worst rushing seasons in franchise history and spotty protection for Romo. If offseason workouts are any indication, rookie Frederick is going to start at center, but he can play guard. Mackenzy Bernadeau and Nate Livings came in as starting guards through free agency last year, but their jobs aren't secure. Doug Free had a rough year at right tackle and ended up sharing the spot with Jermey Parnell, but then Parnell sat out most of offseason workouts with injuries. Since Jones is intent on finding "that extra half-second for Romo," the offensive line will be a big priority.